Should NeverTrump Conservative Leaders Be Willing to Serve in the Administration? 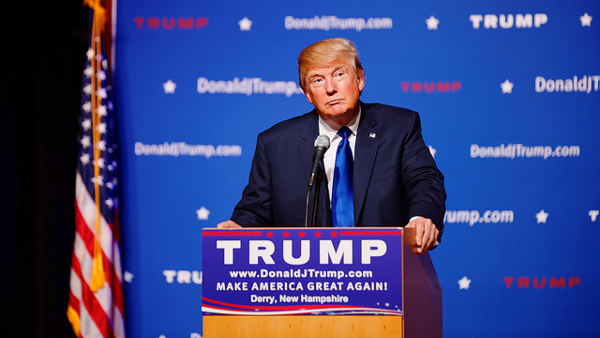 I’ve now had three friends ask for advice about whether they should be willing to serve in the Trump administration. Two were people who opposed Mr. Trump in the Republican primaries but voted for him (reluctantly) in the general election. The other did not vote for either Mr. Trump or Mrs. Clinton. I gave them the same advice I would give anyone who was approached about serving in any administration—including the Obama administration and, had there been one, a Hillary Clinton administration.

If the President of the United States, no matter who he or she is, or someone asking on his or her behalf, asks you to serve, the strong presumption should be in favor of doing it—even if you opposed (even strongly opposed) that person’s election as president. That, it seems to me, is a simple matter of patriotism. And I’m an old fashioned patriot. When you accept an appointment to office, you are not serving Donald Trump qua Donald Trump (or Barack Obama qua Barack Obama, or whomever); you are serving the president of the United States qua President–and thus you are serving our country.

Of course, the presumption, though powerful, is rebuttable. No one should serve in a capacity that would require him or her to execute policies he or she judges to be unjust or in some other serious way contrary to the common good. And one may, of course, have good personal reasons to decline a request to serve. But if one can serve, one should.

An example: After President Obama’s election in 2008, he dismissed the members of the President’s Council on Bioethics (including me) and established a new council to advise him. Most of the people whom he invited to serve on the new council were social liberals who shared his views about abortion, embryo-destructive biomedical research, human cloning, and the like.

But he also invited a couple of pro-life scholars, including the excellent bioethicist Daniel Sumasy. Some of my friends in the pro-life movement were disappointed when Dr. Sulmasy accepted and appointment to the council. I was not. On the contrary, I thought he did the patriotic and right thing. He would not be required to endorse policies he regarded as unjust or in other ways immoral, and he would be in a position to at least make the case against such policies.

Of course, there are various nuances and possible complications that could be relevant in any particular case of an invitation to serve, but I here simply wanted to lay out the issue and state my basic opinion. I know that there are people who see it differently (including my friend Eliot Cohen at the Johns Hopkins School of Advanced International Studies, who has published an op ed on the subject). I do not expect that the division of opinion here would break along party or ideological lines. (Eliot is, like me, a Republican and a conservative.)