Socialism, Slavery, and the City of Cain 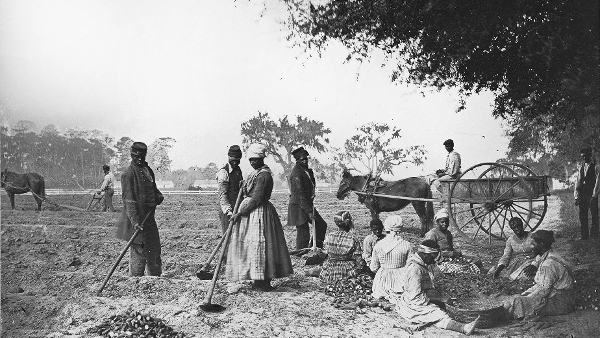 Last month, I heard these statistics about New York City:

5% of NYC population are on disability, costing $252 million a month –

New York City, for upwards of a hundred years, in concert with other great American cities, functioned as a transformer in the great American “melting pot.” Generations of immigrants appeared on Ellis Island, settled in NYC, and within 2-3 generations made the great leap to middle and even upper class American life. Scores of Jews from Eastern Europe, appeared for a many decades, and were largely illiterate, except for the Rabbi who came with them. They sold pickles on the streets of NY, had other menial work, and in one generation, their offspring came to dominate all of the professions of that great city. The Jews were perhaps the most notable in the speed of transformation, but the story was similar with almost all immigrant groups.

New York City, the largest city in North America, was one of the great “import replacement cities” in the world. It was the city where scores of immigrants who came to America to find a better life, and in fact, did so. They achieved, sometimes over a period of several generations, financial independence, and a new life. New York has been transformed into a fiefdom of dependency, not even supporting itself, and relying on massive transfer payments from the federal government. It has become a city of the extremely rich, and many, many of the poor, who have little or no hope of upward mobility out of their current circumstance. They face a future of endless welfarism. They are facing a new kind of dependency, a second slavery.

If similar statistics are true of many, or most of our major cities in America, how will we survive? We now have a national debt of approximately $19.3 trillion. But most economic surplus has to be created in cities, and if New York City is at all representative of many US cities, where is there anything but a future of beggary? How will the welfare state be supported?

What does any of this have to do with me, a metropolitan missionary in Boulder, Colorado? Well, if we are only talking about economics or sociology, then perhaps not much. But, we all know the Bible and ministry address every aspect of life, and this no less. We can examine all of this in terms of what the Bible says about cities. New York City is beginning to have more of the attributes of the City of Cain (Enoch), which culminates in the city we are told of at the end of the Bible as The Whore of Babylon, as opposed to the Bride of Christ, the New Jerusalem.

After Cain murdered his brother (the first murder in the world), he is inquisited by God, found guilty, and told that the ground will no longer yield its strength to him. And also, he shall wander, be a fugitive, and a vagabond on the face of the earth (Genesis 4:12). Cain says that his punishment is more than he can bear, and complains to God that anyone who finds him will kill him. God responds by telling him that put a mark on him, and anyone who kills him will be avenged seven fold. Cain then goes “out from the presence of the Lord,” and lives in the land of Nod, east of Eden. Nod means “wandering.” (vs. 16-17) Cain’s response to his punishment is one of anxiety, and his response to his consequent anxiety is two-fold. He “knows” his wife, has a son, who he names Enoch, and then he builds a city and names it after his son. (vs. 16-17)

The city of Enoch had built into it Cain’s entire history. It became a city of blood and vengeance. It was a city of “wandering.” Nobody was really at home there. We see the amplification of these attributes in his great, great, great grandson, Lamech, who swears, and boasts to his wives (he has graduated to polygamy, and exercises power over many women) that if God would avenge Cain seven fold for killing him, he will avenge anyone who would so much as hurt or wound him seventy-seven fold. The city became the sphere of the bloody strong man, motivated by a perpetual feeling of grievance, who will avenge himself and enslave those weaker than him. The line of Cain are the original “victims” whose personal motivation is revenge and self justification. They are filled with anomie, and wandering lostness. This city culminates in the Whore of Babylon many, many centuries later.

The Whore of Babylon made many of the merchants of the earth very, very wealthy. But the energy and motivation to find and produce this wealth is ultimately built on vengence and blood. The great harlot is “drunk on the blood of the saints.” (Revelation 17:6) and the ultimate merchandise of the city is “the bodies and souls of men.” (Revelation 18:13) The ancient city was built on slavery and subjugation. The city of Cain is built on the captivity of the many to the dominance and vengeance of the few. The city of the Whore eventually becomes a self-destructive enterprise. The seven kings with whom she commits fornication, ultimately turn on her, hate her, “eat her flesh and burn her with fire” (Revelation 17:16). The nations destroy and hate their own cities, and destroy their own wealth.

Let me suggest that the modern fallen city is built on a new kind of post-Christian slavery, a second slavery, the dependency of the welfare state. Everything becomes different after a world has been Christianized. After Christianization, false Christianity is necessary, and itself becomes a new power to be desacralized. This is precisely what “anti-Christ” is. It is a false Christ, one who functions entirely within this cosmos. The welfare state is built on kidnapped values stolen from the Kingdom of God. It is built on supposed mercy, and kindness. But the mercy of the welfare state is just what the Proverbs say it is. “The tender mercies of the wicked are cruel.” (Proverbs 12:10b) What parades as kindness actually promotes servitude. It creates unfree, enslaved people. This is the second slavery.

Freedom is one of the marks of God’s people. God’s Word is free, and it makes those who dwell within it themselves to be free.

The book of Acts in large measure is the story of the Gospel breaking the “Cain power” of the ancient city. The Apostle Paul is imprisoned in city after city. From within the prison, he breaks the power of the great principality of the city of Cain. He brings the beginnings of the liberty and freedom of the New Jerusalem into each of these cities. Paul’s preaching was so threatening to the powers that it ignited thirteen city-wide riots, and he was imprisoned after many of those. During his imprisonment in Rome, he authored four epistles (Ephesians, Philippians, Colossians, and Philemon). Paul inaugurated the liberation of cities while being incarcerated. The presence of the church in each city was the source of further liberation. The presence of the church in cities today is also the source of liberation and a free citizenry.

The “principalities and powers,” were in a definitive way, disarmed by the death of Christ upon the Cross (Colossians 2:15), but the application of that disarming has to be applied over and over. There have been two great desacralizations of the powers. The first was in the great disarming of the great pagan powers over a period of more than a thousand years. The second was in the Reformation after much of paganism found its way into the church as a kind of “baptized paganism.” If I may be allowed an oxymoron, we now need a third great desacralization with what might be termed “baptized Christianity,” false Christianity as the world now mimics in order to tame and control, that which it cannot defeat. The welfare state, more aptly termed, the “welfare city” must now be overcome by the church.

As people pour into our cities from dead economies from the south and the Middle East, they must become free people and not new slaves, put in chains by false mercy. This is the office of the church in every city of the world today. Only the church can do this. The book of Acts must become a new handbook for us. Paul went from city to city, establishing churches, and disarming the powers. So, we must be given wisdom to do this in our own time.

I hope you will join me as I learn to do this where I am, and as we hope to share all we learn in many, many cities. I welcome your prayer partnership, and your financial partnership.

May God give us city after city on a world-wide scale.