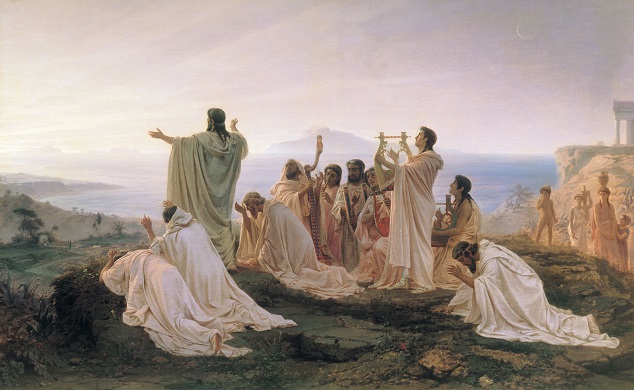 Since the Upanishadic times the Indian culture has believed that the human reason cannot know truth, nor can the human words convey truth. Therefore, real truth is Silence, not logos (Word). Truth has to be experienced in non-verbal mystical experience. For the unenlightened, relative Truth can be communicated in stories. In other words, Truth is Silence qualified by parables. Stories, not Creeds or Catachisms, communicate Truth.

That is… why, traditional India did not have a word for ‘history’ in the modern sense of the word. The Indian term ‘Itihas’ that began to be used for ‘history’ used to mean mythical epics such as Mahabharat and Ramayan.

The Church was created to be the foundation and the pillar of the truth (1 Timothy 3:15), American Evangelicalism is turning the Church into a source of religious stories. That is the hallmark of Paganism – an inability to distinguish between History and Story, Parable and Story, Truth and Story.

For a Hindu, both the Ramayan and the Bible are true stories. That is the worldview that Carl Jung and Joseph Campbell introduced to the post-Enlightenment west. American evangelicalism is embracing it and propagating it. The Lord Jesus turned his disciples into witnesses. American evangelicalism is hyperactive, turning witnesses into story-tellers.