I Promised to Commend Trump When He Does Something Right, and This is Right 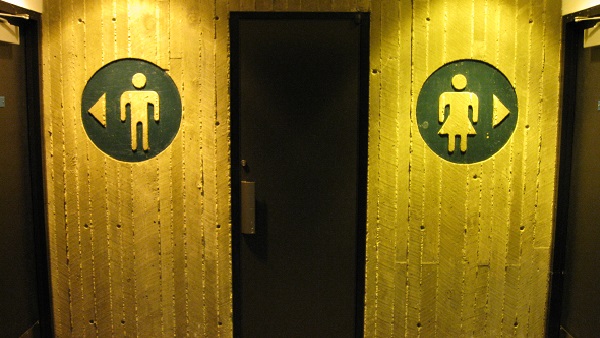 For this reason, as well as respect for constitutional principles of federalism and the separation of powers, the Trump administration was right to withdraw President Obama’s mandate (or “guidance”) requiring schools to replace sex (in the biological sense) with “gender identity” in placing students in sex-segregated facilities (such as shower rooms). I have freely criticized Donald Trump from the moment he announced his candidacy for president, and will continue to criticize him whenever he does things I believe are wrong; but I promised to commend him when he does things that are right, and withdrawing the abusive Obama mandate was right. The mandate was indefensible.

Having said that, we must also remember–indeed, keep at the forefront of our minds–that body dysphorias, including those pertaining to one’s sex, are real. Boys who feel like girls (or feel the way they imagine girls feel) are not really girls. But the feeling some boys, or boys sometimes, have–an intense and preoccupying feeling–that they are females trapped in male bodies is real. And by all accounts it can be torture. (The same, of course, is true of girls who feel like they are boys, or who feel the way they imagine boys feel.) The vast majority of children who experience these dysphorias grow out of them and eventually become comfortable with their sex. But whether they ultimately do or are in the minority who do not, people who experience these dysphorias deserve our concern, compassion, and care. They are precious members of the human family–equal in dignity to every other member of the human family. It is an outage, and a sin, to tease, or taunt, or ridicule or, bully them–or refer to them (even behind their backs) as ‘it” or as “he, she, or it.” They did not ask for the dysphorias they experience. And of every single one of us the following is true: there but for the grace of God go you and I.

Now, that does not mean that truth can be cast aside, it is a false and, in the end, cruel “compassion” that does that. Everyone is under pressure today from enforcers of socially liberal orthodoxies to believe, or pretend to believe, that “a transgendered man is a man.” That should be met with polite but firm and principled resistance. At the same time, it is no sin against truth to make reasonable accommodations in schools and elsewhere to enable children who are experiencing gender dysphorias to be as comfortable as possible. Boys should not be able to shower with girls, but, for example, it makes sense to permit boys who are uncomfortable undressing in front of other boys to undress and shower privately whenever that is possible. And one can think of parallel accommodations that can be made in other areas. Cooperation with parents in these matters is, of course, extremely important. As Ryan Anderson has noted, if everyone concerned approaches the problems presented by dysphorias with goodwill and a desire to treat each other with respect, “win-win” solutions can often be found. We owe it to all children to find those solutions whenever we can.