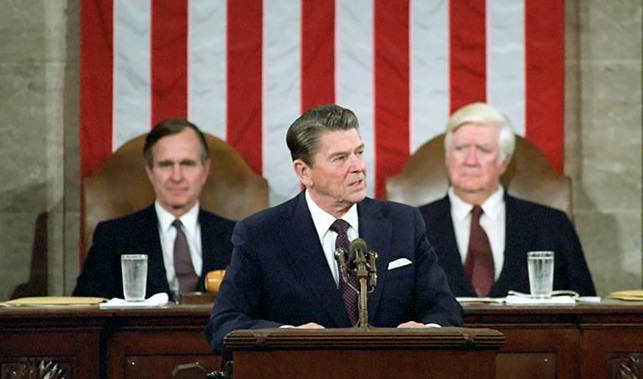 The late, great Cuban immigrant Roberto Goizueta was named CEO of the Coca-Cola Company in August of 1980, and ran it until his untimely death from cancer in October of 1997.  During that time, and according to a 1997 essay about him by the Wall Street Journal’s Nikhil Deogun, the market value of Coca-Cola surged from $4 billion all the way to $145 billion.  Thanks to the ongoing globalization of the company’s brand on his watch, Goizueta died nearly a billionaire due to the rise in the value of Coke shares.

Deogun also noted that Goizueta had little time for civic affairs in Atlanta (where Coke is based), or around the world.  The alleged “social justice” measures that excite the left plainly didn’t spark excitement within Goizueta.  Deogun reported that the CEO focused his energies almost singularly on enriching the shareholders he served.  Thank goodness for Goizueta.

Indeed, thanks to the stupendous rise in the value of Coke shares, Atlanta’s Emory University now has one of the largest endowments in the world that has made it possible for the school to give out plentiful scholarships to needy applicants, not to mention all the buildings and professorships Coca-Cola wealth has funded.  Atlanta’s Robert Woodruff Foundation, massively enriched by its Coke holdings, has given out many hundreds of millions with an eye toward “investing in health, education, economic opportunity, and community vitality” in Georgia.  Maybe most appealing of all from a human interest standpoint, is the story relayed by Deogun about retired Atlanta pediatrician Bill Warren.  Warren inherited Coca-Cola shares, and during Goizueta’s time as CEO saw the value his inheritance soar.  Enriched by the stratospheric rise in Coke shares, Warren closed his pediatric practice in order to devote his time to helping inner-city Atlanta families with their medical struggles.

This story always springs to mind when pundits and/or politicians attack “tax cuts for the rich.” When they do, the alleged lie that is “trickle-down economics” is trotted out to pour cold water on more economic freedom for the economically productive and/or the prosperously born.  And while anecdote should never be confused with fact, the story of Coca-Cola helps disprove the emotional arguments against trickle down.  With Coke we see how an immigrant rose to near billionaire status in concert with voluminous job creation, staggering amounts of educational and charitable opportunity, and even more giving by the inheritors of great wealth.

Importantly, the story hardly ends with Coke and Goizueta.  If anyone doubts this, they need only walk the streets of American cities, along with the campuses of American universities.  Cities are rich with hospitals and hospital wings named after rich donors, along with museums and all manner of other cultural enhancements.  A look at society pages in newspapers and magazines reveals splashy parties for the rich that lead to huge charitable donations directed toward those who aren’t.  As for universities, visitors are quite simply overrun with evidence of rich donors (earned and inherited) funding countless buildings, chairs, stadiums, scholarships, athletic scholarships, gymnasiums, etc.

Considering a city like Seattle, while prosperous today, in the early 1970s it was essentially left for dead.  Formerly a manufacturing locale, the departure of the factory work of the past (are you listening, Donald Trump?) rendered the Emerald City the 70s version of Detroit.  But then Bill Gates and Paul Allen, Seattle natives both, relocated what was then called Micro-Soft from Albuquerque, NM to their hometown.  A city once on its back soon enough became a destination for the talented.  The economy in Seattle rages to this day (success begets success and talent, including Jeff Bezos’s decision to locate Amazon in Seattle), and individuals of varied skills find abundant work opportunities.  And while some may disagree with his decision to pull so much of his wealth out of economy, living standard and life-enhancing production, Gates, the richest man in the world, is a prominent player in The Giving Pledge whereby billionaires promise to give away at least half of their wealth to charity.

Notable about Gates is that his software innovations helped lead a surge in personal computer ownership.  While IBM’s first mainframe computer retailed for over $1 million in the 1960s, thanks to Gates and other billionaires like Michael Dell, exponentially more powerful computers can be had today for under $200.  Considering automobiles, before Henry Ford they were as rare as millionaires; meaning near non-existent.  Ford grew rich transforming the unimaginable-to-own auto into a common good; his cars powered by gasoline brought to market by the arguably the richest man in history: John D. Rockefeller.  Notable about Rockefeller is an earlier fortune for him sprung from his having made kerosene broadly affordable.  Days that used to end at night were soon extended by light.  Nowadays the superrich arouse our envy since they fly private jets while we suffer the indignity of the TSA.  Ok, but readers can rest assured that there’s a billionaire in our not-too-distant future who will get that way by virtue of creating airplanes for the masses.  Bank on it.

Trickle-down is a hoax? Let’s be serious.  If by trickle-down we mean that all of our lives get better the more that individuals grow exceedingly rich, then it must be said that trickle-down quite simply is.  To deny its reality amounts to willful blindness.  And it’s more than trickle down.  It’s realistically a flood.  As the definition of rich surges into the stratosphere, the lives of everyone improve markedly. Life would be unrelentingly cruel without the rich, whether earned or inherited.