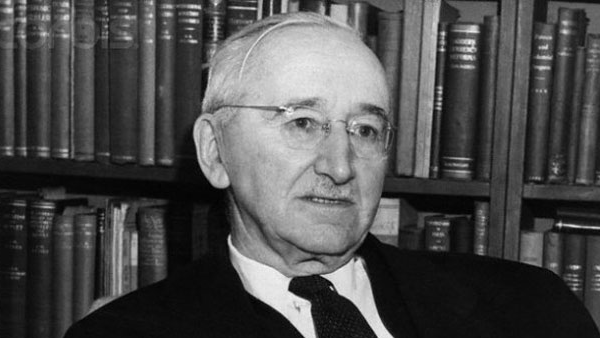 John Tamny, Political Economy Editor of Forbes, has written a controversial new book entitled ‘Who Needs the Fed?’. This is not your standard libertarian howl of outrage against American’s central bank: it’s more of a yawn of indifference to it. Tamny argues that the Fed is neither the savior which Keynesians make it out to be, nor the devil which some supply-siders and Austrian economists have sometimes claimed. It is, instead, a watcher, a bystander to the important developments in the American economy. For Tamny, the Fed doesn’t matter very much, and the few ways and times in which it does matter, it is of harm.

In getting to that conclusion, Tamny upsets a number of apple carts, mostly those belonging to fellow thinkers on the free market side of the debate: monetarists (like Milton Friedman) as well as supply-siders (including the great Art Laffer) and Austrian Economists (especially of the Rothbard school) all end up on the receiving end of his (respectful) critiques.

The theoretical foundation for the book comes from Ludwig von Mises, the great Austrian economist, who pointed out that credit is a claim on resources. Tamny reasons that if credit is a claim on resources, then new credit cannot be created unless new resources are created. This renders the idea of ‘excess credit’ an oxymoron. And if there cannot be more credit than output than there cannot be an excess of credit over output.

This line of reasoning causes Tamny to call in to doubt the Austrian Theory of the Business Cycle, at least the popularly understood versions of it. After all, if there can’t be excess credit at all, then there certainly can’t be excess-credit-driven over-production. Yes, some parts of the economy can grow too much, due to credit mis-allocation, but the economy in general cannot be made to grow above capacity due to allege ‘excess credit’. Thus, the Fed doesn’t cause economy-wide bubbles, only sectional distortions. Central bank interventions such as interest rate setting, on balance, actually decrease the expansion of the economy – perhaps even during the ‘bubble’ period.

On the way to this conclusion, Tamny takes aim at the idea that under a fractional reserve banking system, new money is created in the banking system according to a ‘money multiplier’. In doing this, he stays faithful to supply-side thinking, but veers greatly from almost every other camp, including the mainstream.

I welcome Tamny, a former editor of mine at Forbes and a good friend, into this debate. If the ideas he’s attacking can withstand the attack, then they’ll be stronger for having been challenged. If not, then good riddance to them. The theoretical foundations of the money multiplier are in need of a shaking up. So is monetarism. The Fed quadrupled monetary base in response to the Great Recession, and many commentators called for imminent spikes of high, perhaps even hyper, inflation.

Since early 2010 I, myself, have been a short-term inflation dove (but long-term inflation hawk) because I had  concluded that financial over-regulation and the European debt crisis would cause money to be hoarded both domestically and abroad, and that inflation would tarry until those issues had resolved themselves.  This put me at odds with many of the most highly visible Austrians and monetarists, many of who have been veritable Chickens Little clucking about imminent hyper-inflation. This has given ammunition to left-of-center critics such as Paul Krugman.

Tamny’s answer as to why exploding led balance sheets have not led to exploding price inflation is that the Fed cannot create money and therefore quadrupling its balance sheet does not cause inflation.

I think the Austrian answer would be that the Fed cannot create money by itself, but that it needs banks and their money multiplier to do so. For Rothbard and his acolytes, this process is akin to counterfeiting and should be illegal because it is a form of fraud. To tolerate fractional reserve banking is to invite exploding inflation. The milder form of this view comes from monetarists who favor higher capital requirements for banks to reign in the money multiplier.

But what about the natural brakes on the multiplier? Banks don’t just lend ad infinitum: There are many nations in the world which do not place any reserve requirements on their banks. What prevents them from infinite money multiplication? Answer: Incentives. If bankers over-lend, they will end up lending to those who are unlikely to repay. Banks end up eating the loss…or at least suffering the humiliation of bail-out and Federal takeover.

One of the key issues goes back to a debate about what this stuff called M2, quasi-money which results from the money multiplier actually is. For supply-siders, these deposits are called credit. For Austrians, they are called money. But although this argument has a semantic aspect, there are more than semantics at issue: there’s a methodological difference.

When I asked Tamny in a recent interview where debasement does come from (if not from the Fed) he acknowledged that he really doesn’t have a firm answer, and called for the thinkers of the various schools to get together and hash that question out. I think that would be a good idea. What I’ve always loved about supply-side thinking is its willingness to look at the world as it is and learn economics from the economy instead of from economists. On the other hand, what I’ve always loved about Austrian economics is that it sees economics as the science of human action, which potentially makes it highly adaptable. If economics is big enough to include all the ways people try to get what they want, then its theoretical limits are as unconstrained as the variety of human wants and means. This makes Austrian theory expandable enough to include anything which we economists can observe.

Tamny has revived moribund monetary theory debates between supply siders and Austrians of yore by once again taking up the supply side arguments against money multipliers. By doing so he has done all the camps a service by shaking things up enough to create an opportunity for all of us to improve our thinking.

I sat down across a Skype line with Tamny recently to talk about Who Needs the Fed?, what supply-siders can learn from the working class revolt which swept Trump into office, and a few other topics. You can listen to the interview here.