The Eternal Glory of the Daily Grind 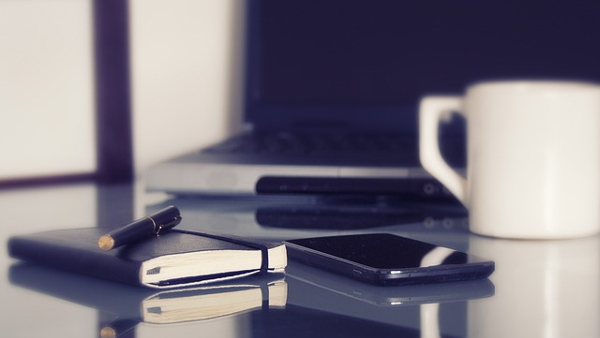 Work can be hell.

We do the same tasks over and over. And after we struggle and stress, even our greatest accomplishments fade quickly away.

We’re like Sysiphus, who the ancient Greek gods condemned to roll a stone up a mountain each day, only to watch it roll back to the bottom again. The gods thought, according to the French philosopher Albert Camus, that “there is no more dreadful punishment than futile and hopeless labor.”

Moms especially—who do laundry, cooking, cleaning and picking up, day after day—can relate to Sysiphus.

With work so futile and its achievements so fleeting, would anyone be so bold as to say that your 9-5 job is eternally valuable?

When done well, earthly work delights and glorifies God. And since God is eternal, then His delight and glory have eternal value.

Right from the very beginning, the Bible tells us that our work exists to delight God.

God created Adam and immediately gave him a job to do: to tend a garden (Gen 2:15). As Adam started in on his work, it clearly delighted God. Gen. 2:19 describes a scene in which God brought each animal to Adam “to see what he would call them.” As Adam did this work, God was like a proud parent watching kids play, elated to see what games and stories they invent.

Even more than that, God gave Adam and Eve and their children the job of bringing order to the whole earth. “And God blessed them. And God said to them, ‘Be fruitful and multiply and fill the earth and subdue it, and have dominion over the sea and over the birds of the heavens and over every living thing that moves on the earth” (Gen. 1:28).

This verse, known as the cultural mandate, means that all our work is culture. Adam’s tasks of bringing forth food and creating language were ways of creating culture.

“So culture is what we make (out of God’s creation), and it begins right after creation, in response to God’s command (Gen. 1:28),” wrote the Reformed theologian John Frame. “But once we see that, we must expand our definition of culture a bit. Culture is not only a fact, but a

value. It is not only something that happens; it is also something that God desires, something he values. … So culture is based on a divine command. Adam must develop culture because that is God’s desire. Culture is for God’s sake.”[i]

Because work, culture and God’s delight in them were part of the world before Adam’s sin, we know that these things were part of God’s original, perfect plan for mankind. As difficult as work became after Adam sinned, as corrupt as today’s culture has become, nevertheless, God keeps these activities going for His glory and delight. How does God sustain work and culture? Through the mediating work of Christ. Since the moment Adam sinned, Christ has been miraculously upholding the world. And He uses our work to help Him do that.

But beyond merely sustaining work and culture, God uses them to bring glory to Himself. Here is how Frame continued his thoughts on the cultural mandate:

“God gave this command to Adam and Eve for the same reason, ultimately, that he does everything else: for his own glory. God’s glory is that beautiful, intense light that shines out from him when he makes himself visible to human beings. In the beginning, God created us as his ‘image and glory’ (1 Cor. 11:7). So he wanted Adam’s family to spread that glory through the whole world. Adam was to rule, not merely for himself, but for God, glorifying God in all he did.”[ii]

What does this mean practically?

For one, it means that all human culture—not just church culture—can still bring delight to God. Through Christ’s mediating work, God uses even the labor and culture-creating of non-Christians to bring glory to himself.

Here’s just one example. God brings glory to himself by using a non-Christian researcher to discover a cure for cancer because she conducted research according to God’s true principles: His design of the human body and the properties He gave to the proteins and chemicals that became the curing medicine. God receives glory through the researcher because it was only by God’s provision of common grace to that researcher (even though unacknowledged) that she was able to make the discovery.

Christians can applaud and encourage such cultural work of non-Christians. But, of course, we also must urge our fellow cultural laborers to recognize and credit God’s grace in their lives. We

must urge them to recognize that while they have (unwittingly) followed God’s commands for culture, they have not done so for the right reason: to glorify God.

Without such gratitude to God, the cultural achievements of non-Christians are of only temporal value to themselves—even though God uses them for eternal glory for Himself.

On our own, none of us—whether Christian or non-Christian—can work to delight God or bring Him glory. It is only by Christ’s saving grace that anyone’s heart can even desire to please God. But Christians should know that Christ is working through them, even in their mundane jobs, to spread His order and honor throughout the earth—and on into eternity. Rather than being hell, such Christ-enabled labor makes visible a bit of the divine glory that is normally seen only in heaven. Instead of being futile and fleeting, in Christ’s hands, everyone’s daily job actually produces everlasting results.