Should We Keep on Living After We’re ‘Useless’? 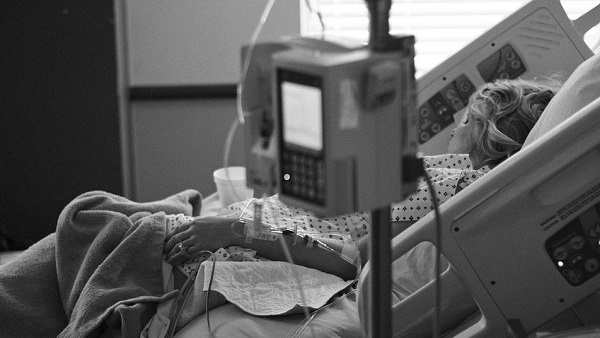 How often have you heard that without possessing a certain quality, that life just isn’t worth the living?  This thought seems to have percolated through the culture so deeply as to become part of the warp and woof of our thinking.

Recently, a dear friend and I were commiserating over an aged relative who faced multiple health threats, some of which could be life-threatening.  He voiced the idea that life without being able to do what you wanted was not worth the trouble.

Stunned at who was saying this I didn’t respond but, it occurred to me that this concept has become normative, even for people who used to think that “being”, in and of itself, is an absolute “good”.

We spend most of our lives doing things in order to gain a “good” that is attainable through our actions.  We work not just to be working but in order to gain benefits such as shelter, food, clothing, etc.  A lucky few, like President Trump, can choose to work without pay but they are still striving to attain benefits, in his case, what he believes is in the best interest of the American people.

That doesn’t mean we don’t enjoy our work.  Hopefully we are doing those things in our work that God has gifted us to be talented in.  If so, we can’t help but enjoy our work.

Still we put forth effort in order to get the next useful thing we need or desire.  We spend most of our time engaged in teleologically oriented activities.

Thus work is a “good” in that it is useful in gaining us necessary benefits.

When we encounter “goods” that are not useful for gaining further benefits then we have located a supreme “good”, one that is valuable for its own sake.

“Being” is one such supreme “good”.  Our ultimate significance in existing isn’t in order to accomplish something or to be useful.  Rather it is because God has created us, in His image.  He loves us, cares for us, and finds joy in the fact that we exist as His crowning act of creativity.

God declares that our existence is a “good” in and of itself.  He desires that we “be” and He finds that to be good, even very good.

Consequently, even if we are reduced to a state of functional “uselessness”, it is still an absolute “good” that we exist.

The Creator has wired us to be able to experience three great satisfactions in life:  First, in loving relationships with God, family and good friends; second, from pursuing “useful” goods resulting in finding worth in a job well-done; and lastly, in “useless” activities of experiencing beauty, in nature, in mathematics, in the idea of God, in manmade artistic expressions of architecture, painting, music, etc.

Two of these felicities are not the result of being useful in the sense of accomplishment in the world.  They are “goods” in and of themselves, “useful” in the fact that they exist, hence ultimate goods.

In the end, even Job would agree that when reduced to only being able to experience one or two of life’s ultimate satisfactions, life is still worth the living.

Even in his total misery Job was in relationship with God, conversing with and seeing Him.

And who is to say that someone is at the place where they are incapable of being in a relationship with God, regardless of what our perceptions are of their physical condition?

In the depths of his misery Job cursed the day of his birth, waited for death and desired that God would cut him off.

Yet in the end God restored all he had twice over, “blessed the last days of his life even more than He had its beginning” and, Job eventually died years later “an old man contented with his days.”

We do not know what tomorrow will bring and it is not ours to play God with life and death decisions, any more than Job did.

The quality of being regardless of condition is better than the non-quality of non-being.

To be is better than not to be.