What I Learned About Dads Watching a Family at Mass 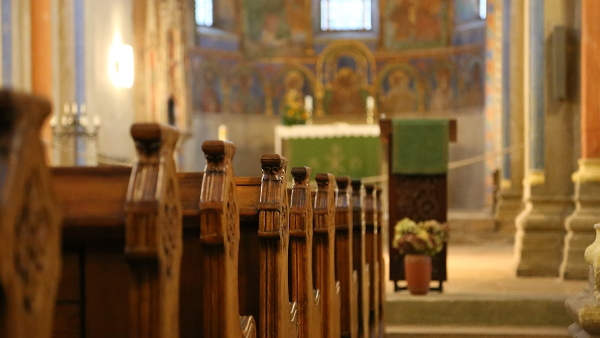 In church recently there was no one sitting right in front of me and a mom and dad and three kids sitting in the next pew ahead, directly in my field of view. The oldest child, a girl of eleven or twelve I would say, was between her mother and father. The younger children, a pair of boys, sat on the other side of their mom. From time to time, the girl would whisper in her mother’s ear or quietly exchange comments with her. They obviously had a nice, friendly relationship. Throughout the entire mass, she didn’t say a word to her dad. Except when they were kneeling, however, she hung on to his arm. It was entirely unself-conscious, as if neither she nor her dad even noticed she was doing it. It was one of those taken-for-granted things. I asked myself, “what’s going on here?” Here’s a girl who’s just about to enter adolescence, being chatty with her mom and hanging on her dad’s bicep. Both parents were important to her, but in different ways. Mom seemed to be sort of a pal. Dad was a source of strength and security. What she seemed to need from him was not so much words (though I’m sure sometimes she needs those, too) but something else. And he was providing that something else by being dad. There was something very . . . human . . . about the whole thing. And quite beautiful.