Open Borders is How Government Changes the People 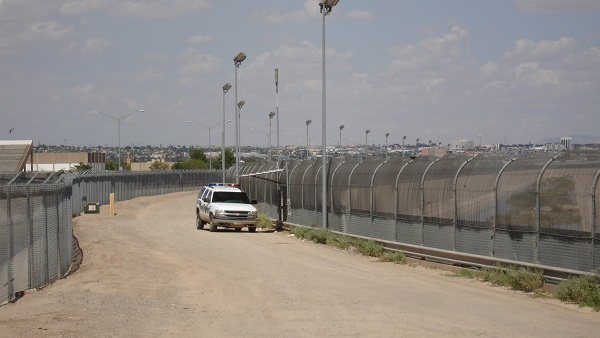 The Constitution is a way for people to change the government. Open borders are a way for the government to change the people. Changing the people is based on the political objective that, if you don’t like the electorate you have, then produce another one. That’s why the Dems in California passed a law letting non-citizens vote. They are getting a new electorate. They are changing the people.

When the government changes the people, it is changing YOU. You are the problem. You are replaceable, especially if you insist on making your own decisions about where you go to school, what you learn, what job you take, how much money you will work for, where you live, what light bulbs you use, what car you drive, what guns you own, and what medical care you want. If you insist on making your own decisions, if you reject the ruling elites’ plan for you and yours, if you decline to become part of the herd, they will come after you to change you or replace you. That’s what an open borders policy is all about — changing you and replacing you with someone who will consent to being led. If you consent to being led in that fashion, you are mere political livestock. If you do not consent to being mere political livestock, they will cull the herd and begin with you. You are, after all, deplorable and irredeemable.

The ruling elites know what you are good for and what is good for you. They will impose it upon you whether you like it or not. They work for the greater good, and only they know what it is. They went to Harvard. You and all other folks pursuing your own chosen ends cannot be the greater good. That is mere greed. But you know, even if the

elites do not, that the elite are greedy too — greedy for power. Greed is not merely, or even primarily, a characteristic of capitalists. Statists are greedy too. Indeed, they might be greedier than anybody. They want to run the whole world.

Remember that the concept of the “collective good” presupposes the “collective.” Don’t be part of it. You are an individual. You are you. You have your own identity, and it does not depend upon into which group the ruling elites enroll you. You are a group of one. Each one of us is.