The Bible and the Windmill

In 1976, when Ruth and I moved into a village in one of the most backward districts in Madhya Pradesh, families ground their grain by hand mills.

Why did the West invent wind and water mills, but not India? It was a surprise for me to discover that the first mills were built and maintained by Christian monasteries in Western Europe. They emancipated young monks and village women from the drudgery of toil.

If you really want to understand the history and theology of technology …. why the Bible created the modern world of technology … please read The Book That Made Your World: How The Bible Created The Soul Of Western Civilization. In India you can get it from [email protected]

The book has 263 reviews on Amazon.com — 68% reviews give it 5 Stars. The Finnish edition is expected to be launched in Finland’s Parliament House in April.

Yesterday, Ruth and I enjoyed a Dutch windmill with Jeff and Romkje Fountain’s grandchildren. 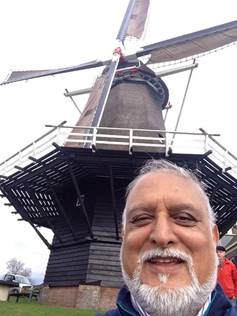 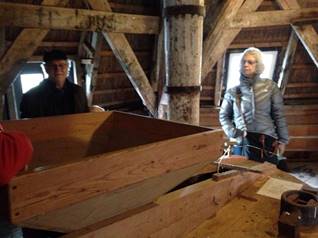