To Frexit or Not to Frexit? 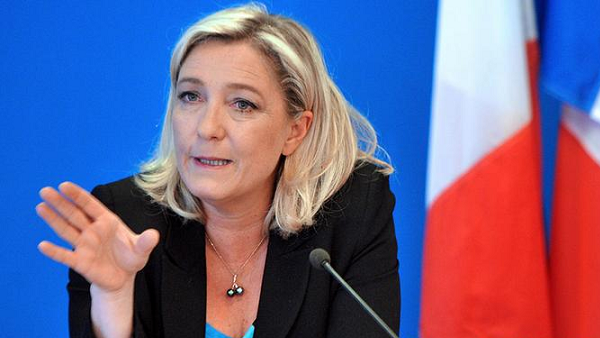 This was also a holiday-shorted week.

As we write this, the big news comes from the election in France. The leading candidate is a banker named Emmanuel Macron, with about 24% of the vote in a 4-candidate race. The anti-euro Marine Le Pen came in second with just over 21%. From the sharp rally in the euro, which was up about 2% at one point, we assume that observers believe the odds of France leaving the euro have just gone down.

Of course, France (and the other European countries) faces a false alternative (well they ought to consider Keith’s gold bonds proposal, but that is not on the table). Staying with the euro means ongoing wealth destruction, and a downward slope that leads to nowhere good. However, that raises the question. What would happen if they were to try to leave?

We believe that no matter which theory prevails, and what measures are taken by les dirigistes (central planners), all roads lead to an accelerated default of trillions in bad credit. To understand why, consider the balance sheets of the banks and other financial intermediaries in France.

Suppose the new French franc goes down relative to the euro (we won’t address here whether it is likely to go up or down). This means that any French entity who had borrowed from a bank in Germany or Italy or Spain now sees its liabilities spike up relative to its assets which are now redenominated in francs. It would not take that much leverage or a very large decline in the franc to cause some major bankruptcies. The initial round of bankruptcies could cascade causing yet other bankruptcies in a highly interconnected financial system.

On the other hand, suppose the franc rises. Then the French banks get hit the other way. Their euro-denominated assets outside France are going down, but their domestic liabilities to depositors and bondholders are firm.

A regime of floating currencies sounds good in Milton Friedman’s argument about being an easy way to adjust wages downwards which are otherwise sticky. However, an actual currency revaluation means a wealth transfer from parties A, B, and C to parties X, Y, and Z. That may seem to be good for the latter, until you realize that they are creditors of the former. And the former were already leveraged, and already surviving on thin margins compressed after decades of falling interest rates. There is scant capital to absorb such a shock.

Then there is the question of who will buy French government or corporate bonds? No matter how you slice it, inserting a new currency into a block that currently has one adds friction, which means trade and production will further slow. The market will shrink (and this could in itself push some marginal corporations under).

And there are other serious problems. One is the intra-euro balances. Will these be redenominated? Another is the political response by the European Central Bank and the members of the European Union. What will they do? Will they try to shut off funds flowing to and from France? It would be naïve to assume there will be no response, and France will get away with it consequences-free.

The euro patient may have cancer, and the cancer may be terminal. But that does not mean blowing up the patient with dynamite is going to help.

Of course, traders want to know how this will affect gold and silver. As we write this, we see that silver went down 30 cents before rallying back up to where it closed on Friday. Gold went down about $20, and then half way back up.

At this point, we are not sure if the metals are supposed to go up because more printing. Or go down because the euro constrains France from printing. Or silver at least should go up because the economy is going to be better with France remaining in the Eurozone. Or go down because the ongoing malaise will only progress as it has been. Or some other logic… and the price gyrations this evening show that traders don’t agree either.

Of course in an actual credit default (i.e. deflation) one may choose to hold paper, as there is a shrinking quantity of it. But the problem is that one may find that the shrink comes out of your balance! We think it may be better to sell the paper and hold money (gold or silver) as money cannot default, unlike credit.

In any case, we are interested in watching what the fundamentals of the metals are doing. We will take a look at the graphs below, but first, the price and ratio charts.

Next, this is a graph of the gold price measured in silver, otherwise known as the gold to silver ratio. It had a major move up this week. That is, the price of gold didn’t change much, but that of silver fell from $18.49 to $17.91.

The ratio made a fresh high (you would have to go back before the new year to see this level). So we drew in a line showing this level going back many months. We are not too focused on charts, preferring to understand the fundamentals, but in a case like this we think it’s worth looking.

The fundamentals are well above the current market level. If prior peaks are an indication, there may be a spot of resistance at 72.5 (+0.8 above Friday’s close) and another at 73.25. If the ratio should go over these levels, then it may go all the way to its fundamental level (discussed below).

The scarcity (i.e. the cobasis, the red line) fell slightly this week. This occurred as the price of gold fell a few dollars (i.e. the price of the dollar, which is the mirror image, rose).

Therefore, it should be no surprise that our calculated fundamental price fell a few bucks, to just under $1,290.

In silver, the price fell a lot. So we are not surprised to see that the basis fell and cobasis rose (i.e. abundance dropped and scarcity increased). Some speculators definitely got flushed. However, the question is how many and how much?

Our calculated fundamental gold-silver ratio is now up to about 81. Frexit or no Frexit, is not the question. The question is ratio to hit or not to hit 80.