Middlebury College: Where the True Faith is Kept 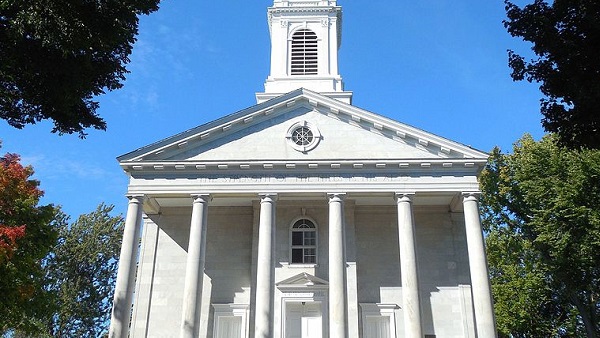 Parents, have you worked hard to bring up your children in Orthodox Liberalism?

Have you taught them the catechism as set forth in the editorials of the New York Times and defended at MoveOn.org, the Daily Kos, and the Huffington Post?

Have you sent them to progressive schools where teachers reinforce their liberal values and beliefs?

Have you formed your children’s habits of obedience to the opinions of Hollywood actors, tech billionaires, and spokespeople for grievance groups? Have you encouraged them to listen to NPR?

But soon they will be leaving home—heading off to college! It’s an exciting time, and it’s reassuring to know that most colleges will do their best to make sure your kids stay true to the Orthodox Liberal faith.

But there are dangers, too!

Even at supposedly liberal colleges, there are usually sinister professors—at least one or two—who delight in provoking students to question their liberal convictions. Make no mistake: Their goal is to destroy your son’s or daughter’s or non-gender conforming child’s precious faith!

Nothing pleases them more than the thought of sending back home to you a child that you no longer recognize as your own—a questioner, a doubter, possibly even… a conservative!

Your child’s Orthodox Liberal faith is too precious to put in peril!

He or she or zee may seem strong in his or her or zerr faith, but a cunning conservative professor or even an outside speaker brought into the college can sow seeds of doubt? And once those seeds are planted… Well, who knows?

So why take chances?

Send your son or daughter or gender non-conforming child to MIDDLEBURY COLLEGE!

Our entire campus is a “safe space.”

Our pledge to you is to ensure that YOUR child will never hear an argument or engage a professor or speaker who will cause him or her or zerr to question the dogmas of Orthodox Liberalism.

Our motto is, “A little learning (or even thinking) is a dangerous thing.”

After all, who knows where questioning Progressive Truth can lead? So we make sure it doesn’t happen.

We have earned our reputation as “the Liberty University of the Progressive faith.”

And we mean to hold on to it!