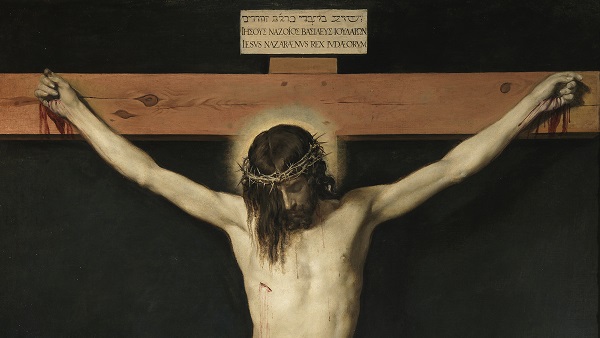 It is possible to imagine that in the beginning there was no imagination — no life?

That creed affirms: Death is the Ultimate Reality. Death was there before the beginning. There was no Mycoplasma, no virus, no microbe, no amoeba; no God, no Satan, no soul, no consciousness. Blind chemical accident produced life and it began to reproduce and evolve. In the end, there will be no life in the cosmos. Death will be the final reality — the alpha and the omega; the beginning and the end. This belief is called Atheism.

Atheism believes that all life has come out of Death, that is what happened at the Resurrection of Jesus. But there is a difference.

The alternative possibility is that Life has always existed. An eternally Living Being imagined and created life. He made human beings to be His children — to live with him forever. Death began to rule humanity because their sin separated them from their source of eternal life. Because of His infinite love, God sent His Son to take our sin upon Him and die on the cross in our place. The Author of Life then resurrected Jesus from the dead.

A year ago, an Imam from a local mosque in our city came to our three-hour Good Friday service. He stayed on to spend another hour with three of us. At the end he said, “For several months I have had a tumour in my mouth. A few weeks ago the doctor said that it is cancer. My wife is devastated. She believes that the doctor has pronounced my death sentence. My children are shattered. I am not able to eat and sleep. Will you pray for me?”

Our bishop, my friend David Phillips, and I took him back to the Alter. The bishop anointed him with oil and prayed for his healing. On Tuesday after Easter, the Imam sent word that the Lord Jesus has healed him. “If he is healed,” I said to the messenger, “he should come and testify.”

Sunday after Easter, the Imam came and in front of 4,000 people and three video cameras, he gave a powerful testimony. He urged the audience to believe in the risen Lord Jesus.

A few months later, the Imam was made the head of a much bigger mosque. Now, every Friday, after the Namaz, he lays hands on the sick in his mosque and prays for their healing in the name of Jesus.

This good Friday, Ruth and I are in our new home in a village in Germany. On Thursday evening our community and guests (170 people) celebrated the Jewish Seder and Christian Holy Communion in a four hour celebration. Three Muslim young men joined us for the first part, in which the community re-enacted Exodus – including the parting of the Red Sea.

The Muslim refugees were from Bangladesh and Afghanistan but — thanks to Bollywood — they spoke very good Hindustani. Ruth asked Hizbullah (Beloved of Allah), “What brought you to this Judeo-Christian celebration?” “The people here have great Insaniat (humanitarianism)” was their straight answer. That is the great difference between the religion of the Cross and of the Sword.

As Samuel Zwemer put it: