How to Spot a Cheater: The Lance Armstrong Edition 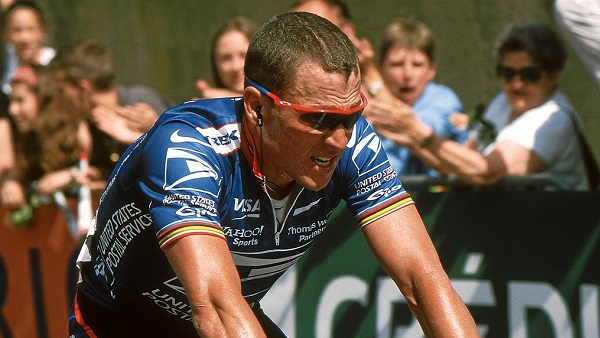 If memory serves, about 15 years ago, on the old Eurobike web forum, I wrote my reasons for not believing Lance Armstrong rode clean. He was then in the midst of his 7 consecutive Tour de France “victories” and had not, to anyone’s knowledge, ever failed a drug test.

I didn’t believe him.

In order to assuage my growing doubts, I very much wanted to see the training numbers that Armstrong promised to publish but later declined to reveal. If he were that remarkably strong, the numbers would likely show it. The public never saw those numbers — the wattage, the mileage, the hematocrit levels, the body weight, the interval sessions, etc.

Then, as I recall, I explained my reasons on Eurobike for not believing the hype. Bill Stapleton, Armstrong’s rep, wrote on the forum threatening to sue me, as if I were not entitled to have an opinion or to state publically both it and my reasons for having it.

Later, people began to come forward in two ways: (1) Some former colleagues of Armstrong began to testify under oath that they has seen him dope, even helped him dope, thus incriminating both themselves and him in the process. (2) Over time, various riders, ones not former Armstrong teammates, riders retired from competitive cycling, confessed that during their careers they too had doped, but never got caught. Like Armstrong, none of them had ever failed a drug test. That, it seemed to me, took away his last, his best, and most plausible defense: He had not failed a drug test. Neither had they, but they still were guilty. In other words, passing drug tests did not mean riding clean.

Many of Armstrong’s former teammates, some of whom went on to win a grand tours and Olympic medals for themselves after they left his team, were found guilty of doping. Floyd Landis, Roberto Heras, and Tyler Hamilton all come to mind. It strained credulity to believe that they all would have started doping only after leaving Armstrong’s side, but never did so while they were still in harness.

Later, under oath, several former teammates admitted that they had done so while on his team.
It also came out that some of the Armstrong’s test results were questionable. It came out too that he had given a great deal of money to professional cycling’s world governing body, a suspicious juxtaposition of facts, in my view. It was nothing conclusive, but certainly nothing to blithely ignore.

So I, for one, support the decision to vacate Armstrong’s TdF titles and to give them to no one. Too many of those who finished second and third behind him were dopers too. It would be impossible, this far after the fact, to run down the list of GC riders to find the highest finisher who rode clean. Doping ran too deep.
When you dope, nobody wins.
For seven years, nobody won.
Everybody lost.
Everybody.

To quote Shakespeare’s prince at the end of Romeo and Juliet: “All are punished.”

A Hit From This 12 Gauge Shotgun Slug Will Make A Real Mess Out OF A Human Being: The ‘Black Scarab’ (A Supersonic Freight Train)
Great American Outdoors
*NEW* BREAKING: It’s About To Happen- And Biden Is In One HELL Of A Mess Over This
America's Freedom Fighters