Can Europe Be Reformed Again? 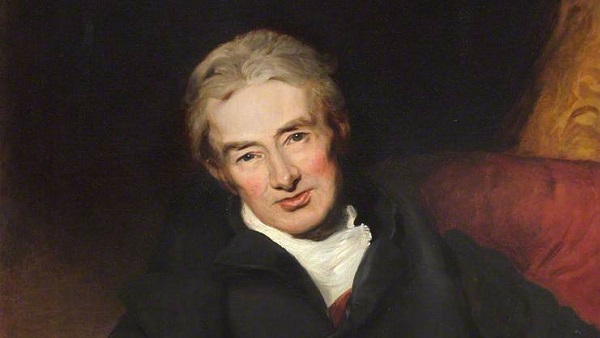 Mr. Antero Laukannen, the Honourable Member of Parliament, asked a Finnish publisher to publish The Book That Made Your World: How the Bible Created the Soul of Western Civilization. He contributed the Foreword. On April 25, during the book’s launch in the Parliament House, he told us that a few days earlier an MP called him to say, “I’ve read 70 pages, and I’m captivated.” Mr. Laukannen took the compliment with a pinch of salt: “Politicians know how to talk nicely.”

The following day another MP called him and said, “I’ve read 200 pages. This is the best book I have ever read. Everyone concerned for our country must read it.” The conversation inspired Mr. Laukannen to devote a whole day in July to be at the book table in one of their biggest summer festivals to sell this book.

During the last six days I gave thirteen lectures in Finland and recorded three TV interviews, 26-minutes each. Besides Finland, these will be broadcast in Sweden, Estonia, and Russia. About half-a-dozen newspapers and magazines sent reporters to cover the events. The book has been in the market for less than two months, the publisher is excited because a number of readers are saying that it has turned their worldview upside-down.

“Why does Finland have a parliament?” I asked the small, but influential, group.

English Parliament is called the Mother of modern Parliaments. Two hundred years ago, British Parliament was a gentleman’s club, run for the benefit of Club members. The young William Wilberforce, for example, was elected MP because his father gave a feast to all the voters in his Parliamentary Constituency — that was, 45 or so landlords! (Finland was the first country in the world to empower every adult with the right to vote.)

However, just before his death, John Wesley, England’s greater preacher during the 18th century, wrote his last letter to young Wilberforce, asking him to devote his Parliamentary career to abolishing the abomination of British slave-trade.

Britain was the world’s first industrial nation. Its ships took British products to sell in Africa, but Africa was producing nothing. There was a limit to how many Zebras and lions the ships could carry back to Europe. So they bought slaves from Arabs and Africans and took them to the Caribbean. There they loaded their ships with sugar, made with slave-labour, to sell in Britain. This triangle of was lucrative.

Wilberforce had to spend four decades — his entire Parliamentary career — fighting his nation’s greed that put profit above virtue. Why did it take so long to eradicate an evil? Well, the problem was that his fellow MPs owned the British-Africa trading company. To vote against slave-trade was to vote against one’s own, one’s friends’ and one’s nation’s economic interest.

Movies such as “Amazing Grace” celebrate Wilberforce’s moral triumph. Yet, few people know that his political campaign transformed the character of Parliament. Parliament became the moral conscience of the nation. MPs, especially Christians, who use to vote for their political and economic interests began subjecting legislative agendas to the question: Is this motion morally good?

Two hundred years ago, evangelicals transformed nations by transforming Britain’s Parliament. That is why India and Finland have Parliaments. Now, however, evangelicalism has become more or less synonymous with pessimism. Many evangelical Christians think that nations cannot be reformed. Their Jesus only saves souls. They believe that the Gospel — God’s dynamic power to save us from our sin — will be preached in all the nations. Yet, the world will go only from bad to worse. Preaching of God’s Word used to reform nations — but now it can no longer do so, because America’s default eschatology rules out reforms — certainly in EU, which is predicted to produce “The Anti-Christ”. For these pessimists God is no longer interested in blessing nations; mission does not mean bringing nations under God’s discipline; making God’s enemies His footstool

Thursday night meeting in Helsinki so moved a young man that he asked, “What can I, as an individual do, to help my nation return to its soul — the Bible?”

A Member of Indian Parliament would have sent us to the airport with his chauffeur. Therefore, we were surprised when the Honourable, because humble, MP drove Ruth and I to the airport himself and then carried our luggage. I shared with him the question, the young man had asked. He understood the urgency of young man’s question, better than I had grasped. We agreed that the young man could begin by helping to organise Wesley-style Prayer and Study groups. These groups could watch my video series, “Must the Sun Set on the West?” They should discuss the issues my book and video series raises. And above all, they should pray for a renewal of Europe’s soul.