The Cross: The Power of Justice and Forgiveness 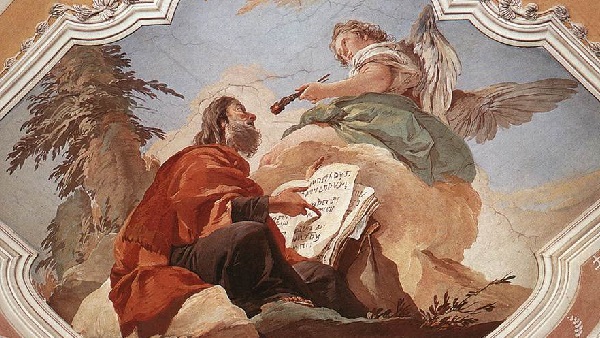 Once Europe adopt the cross as its emblem, it had to questions Rome’s traditional brutality. The cross transformed Roman jurisprudence in many ways: First, it adopted the principle that it is more important to let a criminal live until the Final Judgment, than to risk killing a person whose guilt is unproven without a reasonable doubt. Second, even after the guilt has been proven and capital punishment justified, the head of a civilized government has God-like power to pardon the criminal. The governor has no power to kill an innocent person, but he is given the power to forgive a guilty person.

By replacing Jesus’ cross with the sword, Islam has harmed itself. It has made it very difficult to reconcile justice and mercy. Islam’s sword has produced a culture of brutal terror. The cross of Christ created a culture of grace. The blood of Jesus Christ, shed on the cross of Calvary, transformed Rome’s symbol of terror, into a symbol of divine forgiveness for sinners. The cross invites sinners to repent and ask their loving heavenly Father to forgive their sins.

There is hope for the most terrible terrorist, because the Lord Jesus Christ became the lamb of God who was sacrificed for our sins. He is the Savior who forgives; who transforms sinners into saints.

Some might ask “doesn’t Jesus care for God’s moral absolutes?” Absolutely! The moral law is His law. As the second person of the Divine Trinity, He is the lawgiver. He is also the judge. The Qu’ran concurs, Jesus will return to judge the living and the dead.

Nevertheless, a fundamental difference between Islam and Christianity is that while God cares for His law, He cares even more for the law-breaker. The law is His command. The law-breaker is His child, made in His own image and likeness. Therefore, Jesus took our real moral guilt upon himself. As sinners, we deserved punishment. yet the prophet Isaiah predicted the great mystery:

Surely he [the Messiah] took up our pain and bore our suffering, yet we considered him punished by God, stricken by him, and afflicted.
But he was pierced for our transgressions, he was crushed for our iniquities;
the punishment that brought us peace was on him, and by his wounds we are healed.
We all, like sheep, have gone astray, each of us has turned to our own way;
and the Lord has laid on him the iniquity of us all.
He was oppressed and afflicted, yet he did not open his mouth;
he was led like a lamb to the slaughter,
and as a sheep before its shearers is silent, so he did not open his mouth.
By oppression and judgment he was taken away.
Yet who of his generation protested?
For he was cut off from the land of the living;
for the transgression of my people he was punished.
He was assigned a grave with the wicked, and with the rich in his death,
though he had done no violence, nor was any deceit in his mouth. . .
the will of the Lord will prosper in his hand.
After he has suffered,
he will see the light of life and be satisfied; by his knowledge my righteous servant will justify many, and he will bear their iniquities.
[Isaiah 53:4-11]