Le Pen Lost, But Populism Is Far From Over 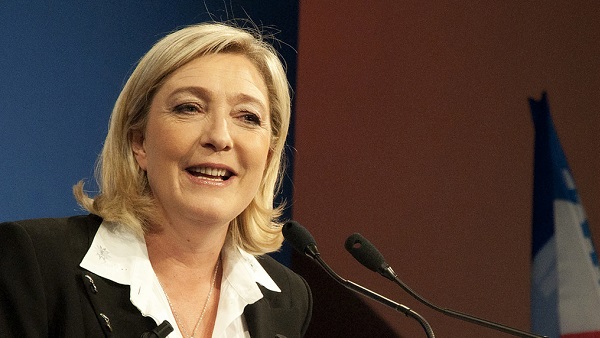 On Monday, Emmanuel Macron, the centrist French presidential candidate, was inaugurated. Media and politicians are taking the occasion to celebrate the victory of the political mainstream, portraying Macron’s win against the daughter of an anti-Semite running in a formerly neo-Nazi party as some transcendent defeat of populist political movements. Some genuinely believe that the past two years, at least, of bubbling populism is now over. What they don’t understand is that the period from the early 1990s to the mid-2010s has been an aberration. Pretending that’s the default state of mankind is what we call wishful thinking. And it’s based on a misunderstanding of what this movement is, and what defines its “success.”

First, the movement is defined less by a set of common values than it is a rejection of the post-Cold War, centrist Blairite/Clintonite liberal consensus, in which the two major political parties of most developed countries were drawn into relative alignment by historical standards on most major issues. Instead of debating fundamental socio-political question, they have quibbled on whether the capital gains tax should be 10% or 15%, or whether the 2% of the population that is gay is entitled to a marriage license. Not exactly the civilization-defining issues of days’ past.

This is, of course, a simplification and generalization of a sort – a discussion of the scale of trans-continental politics by its nature must simplify things. I am well aware of the exceptions to this trend, Russia being a prominent one, but the trend is clear, and it’s clearly reversing now.

This is also not to imply that the liberal consensus has been entirely negative or disastrous as some would lead to you to believe. The failings of the liberal consensus era are characterized by the semi-conscious acceptance of dubious areas of political and economic consensus, rather than the cataclysmic, earth-shattering mistakes that usually define politics. The cataclysm – demographic changes which will fundamentally alter Europe’s socio-political condition, for instance – comes later.

And this is exactly what the populists are reacting against. Rather than a policy being affirmed, “we want X,” the rallying cry tends to be “no more Y.” This is a difference in tone and rhetoric more than a difference in substance, but it’s revealing. Populism, by definition, lacks an ideological core. There are justifications for their beliefs, of course, but more often than not, these are ad hoc rationalizations for gut reactions.

Which brings us to the second mistake the European elites are making: misunderstanding what the “success” of the populists means. For some reason, it was decided that the benchmark for success would be the victory of Le Pen – again, daughter of an anti-Semite in a former neo-Nazi party – over a charismatic, handsome, young technocrat with the support of almost every public figure in France. Frankly, it’s shocking that Le Pen was able to get the 34% of the vote she did. It’s remarkable that the rage against the political establishment was strong enough to compel a third of voters to vote for someone as politically toxic as Le Pen. That is not failure for populists, it’s success. That is at least a third of the voting population that is very angry, and that the French political establishment is going to have to contend with in some meaningful way. As Merkel has done in Germany, by embracing more hardline immigration rhetoric.

It might be easy to say that in the Netherlands, and France, and Germany, the populist movement is “over” because the far-right political parties have not won national political elections yet, but that’s obfuscating the issue. The presence of this movement has already changed the political landscape of the existing established parties. Look at the UK, for example. One year ago, the current Prime Minister Theresa May, was an establishment center/center-right conservative, campaigning for Remain. Then Brexit happened. Now she’s a pro-Brexit immigration hardliner who has transformed the Conservative party into a socially conservative, fiscally center/center left party, in the vein of Trump – away from predecessor David Cameron’s Conservative party, which was fiscally conservative and socially liberal. And she’s about to win a general election in a landslide. And her counterpart in the Labour Party is a far-left, populist, self-avowed socialist.

By integrating populism and nationalism into her party, Theresa May has effectively killed off the United Kingdom Independence Party. In the UK, the populist movement has had immense success, without the populist party – UKIP – ever having more than 1 person in Parliament.

Which is to say, the ability of one particular party or individual to win a national election is clearly an absurd standard for judging populist sentiment. It’s certainly possible that populism will eventually lose its appeal, but to conclude that based on the results of the French election is an exercise in self-delusion.