Music + Terror = Pluralism: No Joy to the World 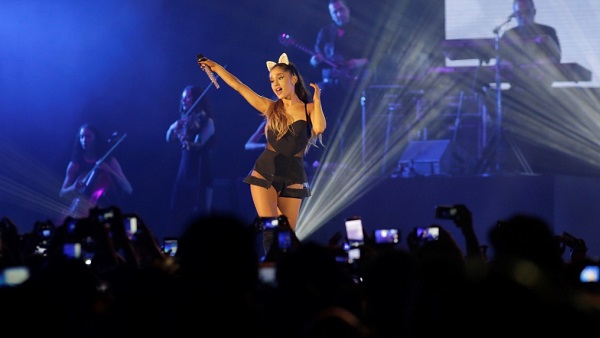 Ariana Grande, whose concert was bombed in Manchester, on tour in Jakarta.

American singer and actress, Ariana Grande, was not the only one “broken” by Monday’s bomb-blast. It killed 22 of her fans and injured 59 more after her Manchester concert. Her words, “I have no words,” voiced the numbness of many.

Many Muslim young women must be her fans. She needs to find and sing words that will fire them up for true joy and justice, real peace and pluralism.

British Prime Minister Theresa May suspended electioneering and assured the shocked that her “thoughts are with them.” She does need to think hard. Only the unthinking will dismiss the terror attack as “mindlessness.” Even a dead attacker wants his message to be heard.

Honest introspection must lead British leadership to repent for unjust (recent) invasions of Muslim nations such as Iraq and Libya. I passed through London at the peak of the bombardment of Libya. The media was working 24/7 to convince the world, how horrible Gaddafi was. In London I asked my Taxi driver what he thought of the war. He, a British Muslim, had no doubt whatsoever that France and Britain were after oil. They had no interest in the people of Libya. Tony Blair acknowledged that invading Iraq was a mistake. But the secular West is yet to repent for its greed-driven invasions of Muslim lands. These invasions have killed and wounded hundreds of thousands. They have made millions of Muslims poor, homeless, orphans, and widows.

But why retaliate by killing innocent, teenage girls who are seeking nothing but fun?

Well, that too requires deep thought.

Ariana Grande grew up Roman Catholic. It was Catholicism that nurtured Western Europe’s music in its cloisters — thanks to St. Augustine’s sixth book on Music. Augustine expounded the Bible’s call to the creation to celebrate the Creator. It related Music to the ultimate meaning of life which is to glorify God by enjoying Him for ever. Augustinian reformers such as Martin Luther took the music out of Catholic Cloister and gave it to the masses: Every believer must serve as priest, including through music.

Grown-up, but unthinking, Grande rejected her church in order to show her support for sexual perversion.

Orthodox Islam sees Music as “haram” — illegitimate. Many Muslims are disgusted because secularisation has separated music from its ultimate meaning. It has made western pop-music indistinguishable from rebellion, nihilism, and debauchery. I may be speculating, but is it possible that a Muslim bombed a music concert, partly, to force British Muslims to debate their faith with degenerate west in every school and shop?

The non-speculative fact is that very few pluralists would want music to co-exist with terror. Even non-British are grieving; most people want Joy to return to the world.

Britain has played a critical role in creating the mess in the Muslim Middle-East. The Church has a choice: It can hate Muslims or help reform failed Islamic states, including by educating Muslim youth about the Islam’s own internal problems.

European church can and needs to launch a Church-cum-Web based High School and college education to turn refugees into “leaves for the healing of the nations.”