The Physics of Marriage 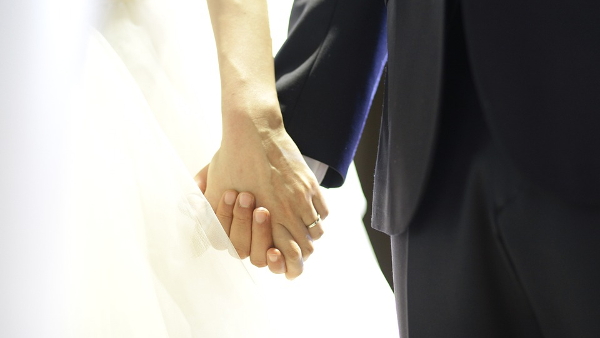 Science seems to fight a non-stop war against things unseen, religion and anything that suggests that there may be more to reality than merely the physical.

For instance, Harvard professor, Richard Lewontin explained the scientific antipathy towards any non-material philosophy, “… because we have a prior commitment, a commitment to materialism. It is not that the methods and institutions of science somehow compel us to accept a material explanation of the phenomenal world, but, on the contrary, that we are forced by our a priori adherence to material causes to create an apparatus of investigation and a set of concepts that produce material explanations… Moreover, that materialism is absolute, for we cannot allow a Divine Foot in the door… To appeal to an omnipotent deity is to allow that at any moment the regularities of nature may be ruptured, that miracles may happen.”

Many things could be said about the rationality of Lewontins’ statement, including the intentional close-mindedness, lack of source for the observed ‘regularities’ and the religious nature of the extreme self-conscious belief in materialism.

But, it would be interesting instead to focus on one of sciences own findings and see where it leads in terms of the scientific thesis that pure materialism undergirds reality.

That finding would be one of the more bizarre ideas promulgated by the modern quantum theory of physics – “entanglement.”

Entanglement is what happens when quantum particles – think electrons and other subatomic particles – interact.

The theory predicts that forevermore, no matter how far apart the particles may be from each other, a measurement of one particle will instantaneously effect the physical properties of the other particle.  They are entangled.

In a sense, they have become one.

Just this month, April 2017, International Business Times reported that scientists have made a breakthrough in creating entanglement with trapped ions and in “proving” the “spooky” nature of entanglement.

What’s the spooky side of entanglement?

It is the fact that information is transmitted from one particle to its entangled partner instantaneously – faster than the speed of light.

Because he didn’t believe anything could go faster than light speed, Einstein went to his death refusing to believe in entanglement, famously calling it “spooky action at a distance.”

No one has a clue how this is possible, but it has been repeatedly observed, most notably with photons and now with trapped ions as well.

Our inability to comprehend entanglement shouldn’t be too surprising because, as Nobel Prize winner Richard Feynman said, “It is important to realize that in physics today, we have no knowledge of what energy is.”

In other words, we truly don’t understand much about the underlying essence of anything.

Sure, we can observe, describe and manipulate things, but in fact we really have no true understanding of the ultimate reality of the universe.

When we probe into the nature of things we find that the fabric of reality is interwoven in a wondrous way.

It takes atoms to make molecules to make elements to make cells to make people that make the culture.

The whole is made up of the parts all working together under the same “laws” of the universe.

Life or biology doesn’t operate under different principles than the underlying chemistry.

Rather our complex structures are constructed using the same principles which are used to fabricate the component elements.

So, should it surprise us to find another example where two partners become forever entangled, merging into “one” just as the quantum particles?

Genesis 2:24:  “Therefore shall a man leave his father and his mother, and shall cleave unto his wife: and they shall be one flesh.”

Just as the particles become partnered, humans do too.  Still separate yet interconnected in a mysterious way – individual yet now “one”.

Since ancient grains are the food fad right now for our bodies, it shouldn’t be too difficult to accept this ancient wisdom for our minds as well.

Were the wise men of old unwittingly sensing the interconnectedness of all things when they equated man’s basic social institution with an underlying physical reality?

If so, then even our social institutions, such as marriage, are in a sense a mirror of matter’s innate nature.

Consequently, these institutions are not something that man created out of the blue and that he is free to manipulate any which way he wants.

In that case, it is probably best not to mess with them too much lest by decoupling them from their natural anchoring realities, mass chaos is introduced into the system.

This is why social structures not constructed upon natural underlying law have never been sustainable.

Yet man refuses to learn from history and tinkers his way to engineering his own “perfection”, oblivious to the consequences of untethering higher order edifices, such as marriage and other social institutions, from the nature of their constitute elements.