Are Entrepreneurs the Most Important Christian Leaders? 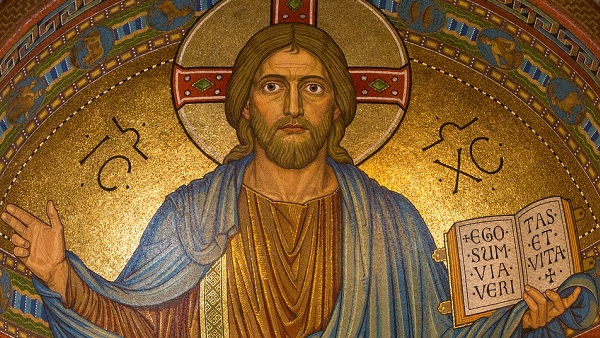 The most influential Christians today—such as Mark Burnett, John C. Maxwell, Lord Robert Edmiston and Bobby Gruenewald—are often entrepreneurial leaders.  The synergy of an entrepreneurial approach combined with an understanding of leadership can lead to an exponential impact in organizations, churches and society.

Secondly, we need a clear understanding of leadership. Like entrepreneurship, there are many perspectives on this topic. John Maxwell simply says that leadership is influence. A more complete definition is that leadership is a relationship of influence within which followership is gained and goals are met. There are biblical insights on leadership. In the Bible leadership involves casting a vision with examples such as Moses, Paul and Jesus. In addition, leaders take a “systemic” approach in which the leader is part of the system, such as the body of Christ. Leadership also involves exercising stewardship of the gifts and talents of others – good leaders give power away by empowering others. Like entrepreneurship, the notion of leadership has various important dimensions.

With this context of an understanding of both entrepreneurship and leadership, I want to highlight two key aspects of a Christian perspective on entrepreneurial leadership. First, God-inspired creativity is embedded in a Christian approach. God is the “Creator.” He is the ultimate source of creativity. God is a doer, imagining, designing and speaking into existence the earth. Entrepreneurs have God-inspired creativity. We don’t create something out of nothing. Instead, we are creative in the derivative sense of sharing with God the continuing stewardship of the world. We help bring creation to fulfillment. We are called to extend the sanctuary (the Garden) and to “fill the earth” not only with people but by humanizing the earth through creative work.

A second element of a Christian approach relates to risk taking. Without risk there will be no innovation! Man and woman are placed in the “Garden of Opportunity.” God commissioned them to have dominion, but did not specify how to do so. Let’s look at a parable about the Kingdom of God – the parable of the talents (Mt 25:14-30). A master entrusts three servants with talents—talents were a measure of money or gold—while the master goes away. Each servant gets what the master thinks he is capable of undertaking as a steward: 5, 2 and 1. The one with five talents has made 5 and the one with 2 talents has made 2 through opportune investment and taking a risk. The master commends them and invites them to celebrate his joy. The servant who had one talent and buried it in the ground is soundly condemned as a wicked servant and cast out. Why? He had a wrong view of stewardship as preservation rather than investment! He had the wrong view of the Kingdom of God—sit around and wait for its coming. He was risk-averse (of the master he said, “I knew you are a hard man.”). The bottom line is that it is a sin to squander what God has given us to use; we should be empowered to take risk.

I will provide four examples of Christian entrepreneurial leaders who have innovated, taken risk through new ventures, and who have had a significant impact within their spheres of influence.  The first example of an effective entrepreneurial leader is Mark Burnett. He is the #1 TV producer is Hollywood. He has an amazing life journey, going from being a British paratrooper to a nanny in the US to one of the top success stories in Hollywood. His commercial success includes shows such as Survivor, Apprentice, Shark Tank and The Voice.  He has not, however, been content with his professional and financial success.  As he told me, “I want to make a difference.”  He has used his creativity to envision new projects and he has taken financial and reputation risks to implement them. Burnett originated the idea of “The Bible” miniseries—not a very popular idea in Hollywood. Despite his stellar track record he encountered many difficulties in terms of the financing and launch of the miniseries. Later he then launched “The Son of God” movie with a wide theatrical release. Burnett has displayed a lot of creativity in his ventures and he has had a huge impact from a faith perspective.  He told me he wants to be a “noisy Christian” and drive projects that bring Christianity to mass culture.

A second example is John C. Maxwell, the bestselling author, coach, and speaker who has sold more than 26 million books in fifty languages.  In 2014, he was identified as the #1 leader in business by the American Management Association® and the most influential leadership expert in the world by Business Insider and Inc. magazines.   John Maxwell started off as a full-time pastor in a small church in Ohio.  He had the vision, however, to bring his Christian worldview and leadership principles to a bigger audience.  As he told me, he still enjoys preaching occasionally at his home church in Florida.  He has deployed entrepreneurial thinking to have influence far beyond his pastoral roots.  He is the founder of The John Maxwell Company, The John Maxwell Team, EQUIP, and the John Maxwell Leadership Foundation. He has trained more than 6 million leaders. In 2015, he reached the milestone of having trained leaders from every country of the world. He has creatively pursued making a difference around the world.

A third example is Lord Robert Edmiston, a billionaire based in London, UK.  He owns a number of companies in the property, motor and finance sectors with a combined turnover of approximately £500 million. He is using his entrepreneurial skills to have an impact in both Christian and non-Christian circles.  Together with his wife Tracie in 1988 they founded CV, an international charity with offices in 22 countries working to support the Christian church in the areas of evangelism and discipleship in both the online and offline space. In the UK, Lord and Lady Edmiston have sponsored, and are Governors, of three schools, called Grace Academy with around 3,000 students aged between 11 and 18 years.  Lord Edmiston has a keen interest in politics and in both business and social issues. Until 2010 he was the Chairman of the Midlands Industrial Council, a group of leading Midlands industrialists and businessmen who maintain a close dialogue with senior politicians of the day. On January 18, 2011 he was introduced into the House of Lords which he hopes will allow him to be a voice for good in the areas where he has a particular interest or skill.  Lord Edmiston has explored various creative ways to extend his Christian influence.

A fourth example is Bobby Gruenewald, founder, YouVersion Bible App, one of the leading voices in the US on innovation and the use of technology to reach people for Christ.  His entrepreneurial endeavors began while he was studying Finance at Southern Nazarene University as he worked with several alumni to launch a web hosting company. He then started and sold two technology companies and consulted with startups and venture capital funds.  Bobby has been leading LifeChurch.tv in shaping a missional approach to technology, seen in initiatives like Church Online, as well as the Bible App and the Bible App for Kids from YouVersion.  Just six years after its launch, the YouVersion Bible App has been downloaded and used on over 200 million devices on nearly every smartphone and tablet in every single country on the earth.  Interestingly, the YoiuVersion Bible App grew out of a failed website venture. Bobby explained to me how the risk he took to start the YouVersion Bible App has been rewarded countless times over with the global impact it has had.  It all started with heeding the called to innovate and take a risk.

To conclude, an effective Christian leader can be most impactful by being entrepreneurial. These types of leaders—like Mark Burnett, John Maxwell, Lord Robert Edmiston and Bobby Gruenewald—have had an exponential impact through the fusion of entrepreneurial skill and leadership influence. What’s the take-away? Ask yourself how you can be more entrepreneurial in your present context. Ponder whether you can be more creative and take some careful risks to achieve greater impact. In short, whether in church or in business, how can you enlarge your territory?