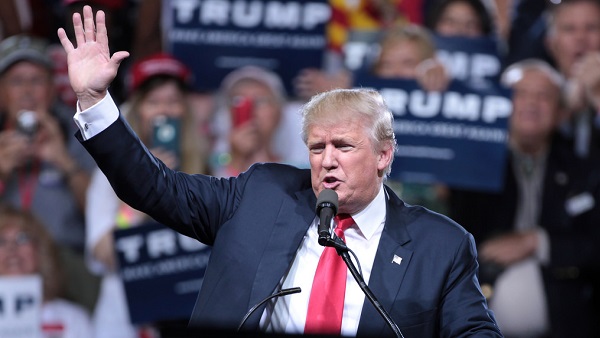 My (and your) President Trump–from the sunny skies of Kiev.

I cannot speak of the precision contained in the attached.

We live in a news world saturated with paranoia. Many of us (academics, media, elites, independents, democrats, republican candidates, and libertarians) who were so badly beaten by Trump and his many had-enough supporters, are frantic with anti-Trumpism. It’s become a feeding frenzy. … I ask you to see him more in perspective.

Kennedy, presidential to the core, and loved by so many of us, gave us the Bay of Pigs disaster. He went along with his team of respected advisors, who really did believe, if memory serves me, that 1200 armed men could take over Cuba! Harvard educated, any such error is excused, or more likely forgotten, by those in the above list who were beaten by Trump.

Nixon, presidentially serious in all his announcements, even when he assured us “I am not a crook.” Like Trump he had his own determined agenda, and ways, but you had to find that out the hard way.

Johnson, also presidential, believed and implemented his belief that we would “win” in Vietnam by ordering a few more napalm fire-bombing missions. Like Trump he was the antithesis of mainstream intellectuals, a redneck. But he was a street learner, who got his start in West Texas, along the banks of the Pedernales River, in an election rife with the smell of being rigged. He was not the darling of the intellectuals, but, yes, a learner in 1967:

Trump has given us several appointments and nominations, that I both respect and deeply doubt that any me-too traditional republican would have made. Has anyone noticed?