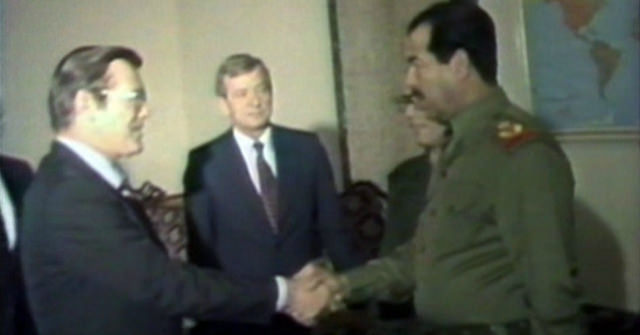 President George W Bush had just won a decisive victory over Taliban’s terror in Afghanistan. He used his immense political capital to invite Iraq’s President, Saddam Hussein, to the White House. Hussein was to be honored Chief-Guest at American Thanksgiving. After formalities, in a one-on-one meeting, Bush looked Saddam in the eye and said,

“Brother Saddam, I understand how difficult it is for you to govern a badly divided society. My nation has also fought a bloody Civil War. Racism continues to be one of our sins. Some of our people find it hard to treat others with the dignity they want for themselves.

“You have inherited a history that makes it difficult to unite Shiites, Sunnis and Kurds into a peaceful political community. Clerics have to preach the doctrines they believe in. But our role as leaders of pluralistic societies is to ensure that everyone is treated equal. Everyone has the same dignity, rights and opportunities. That civility supersedes doctrinal divisions.

“Brother Saddam, powerful groups would like to divide Iraq into Shiite, Sunni, and Kurdish territories. Others think that brute force will keep these communities together. But you already know that force can’t weld them together into a great Iraq. It will keep them in bondage to their unfortunate history.

“God has given you an opportunity to do what no one has been able to do. You can build a peaceful nation where a Shiite is free to flourish as well as a Kurd, a Sunni, a Christian, a Jew, or a Hindu. Together they make Iraq a blessing to the world.

“You must be familiar with prophet Isaiah. Seven hundred years before Christ, he predicted that one day Egypt, Assyria (Syria and Iraq), and Israel would team up to bless the whole world.

“’In that day,” wrote Isaiah, ‘there will be a highway from Egypt to Assyria. The Assyrians will go to Egypt and the Egyptians to Assyria. The Egyptians and Assyrians will worship together. In that day Israel will be the third, along with Egypt and Assyria, a blessing on the earth. The Lord Almighty will bless them, saying, ‘Blessed be Egypt my people, Assyria my handiwork, and Israel my inheritance.’ (Isaiah 19: 23-25 NIV)

“You already know that force does not forge unity. Freedom brings healing. God has placed you in a strategic position to change a tragic history. Therefore, would you allow me to be your friend? Could we walk together to bring peace to our broken world?

“We both need God’s grace to become servant-leaders to people who don’t trust us. Can we partner in seeking God’s grace to overcome past mistakes and become humble leaders? Can we build bridges over sectarian gulfs that divide our world?

“The Shiite majority has to trust you as a fair friend. Your predecessors relied upon the sword but failed. You have the opportunity to try the ‘narrow road’ of self-sacrificing service. If you take this path, I will walk with you.”

Unfortunately, no such meeting happened in 2002. America has plenty of peace-makers, but they aren’t an informed and organized force that could stand up to the diabolical conspiracy of vested interests. Forces of Darkness easily pushed President Bush to lead a UN sanctioned coalition to invade Iraq in 2003. It suited powers that be to spend over two trillion dollars to replace a Sunni dictator with a democratically elected corrupt, oppressive and incompetent Shiite government. Sectarian “democracy” drove Iraq’s Sunni minority into the arms of Al Qaeda in Iraq (AQI). That quickly morphed into the Islamic State of Iraq (ISI), the Islamic State of Iraq and Syria (ISIS) and finally the Islamic State (IS).

Did America defeat Osama bin Laden and Saddam Hussein only to birth greater monstrosity? Of course, it is easy to dream up a better past. But do we have to drift helplessly in the deadly currents of our diabolical present? Or, can we re-examine our failures to transcend the present to realize the prophet’s prediction of a glorious future?

Tragic stories such as Nazma’s move many towards terrorism. Let’s revisit it to see if it can move us towards reforming our world.

[The foregoing is Chapter 1 of my forthcoming book, “The Open Wounds of Islam.” Please pray that it will confront evil in order to bring healing.]