Why Do People Migrate to the West? 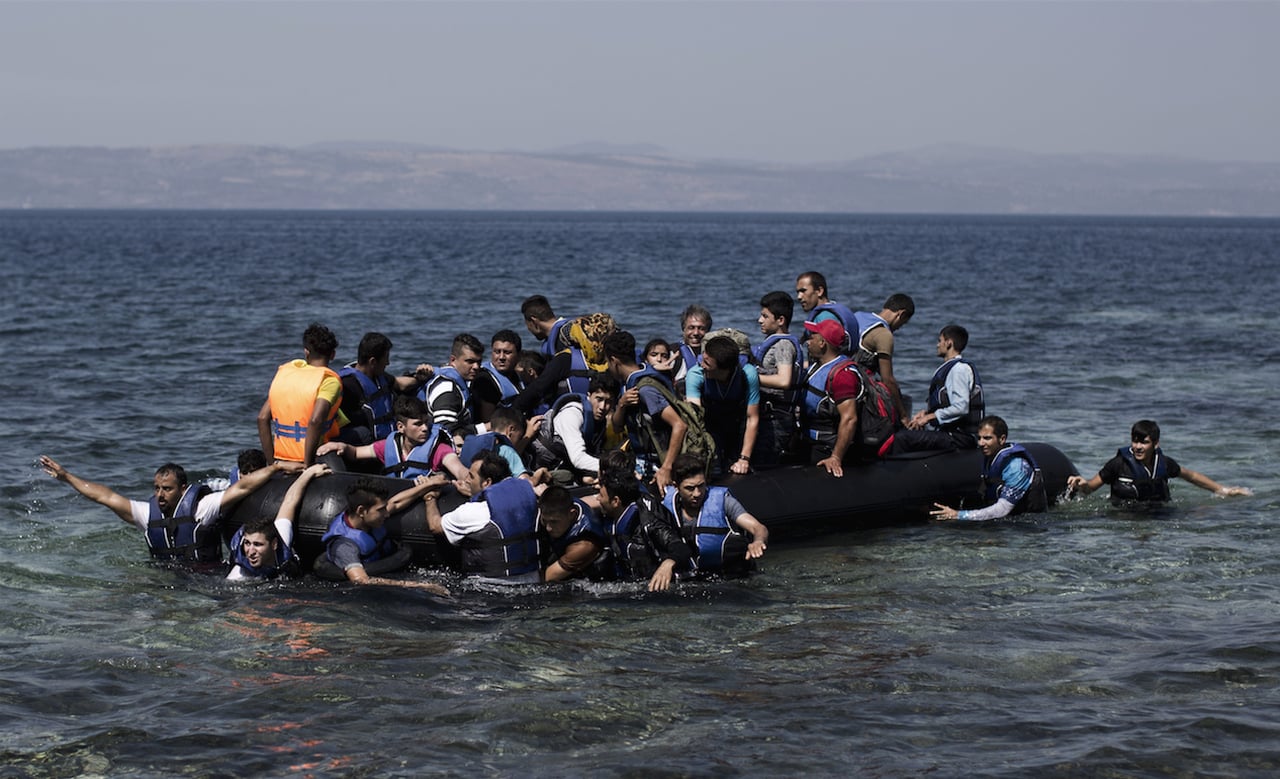 Many are attracted to the West because of its respect for individual rights and freedoms. Its belief in human equality. Its standards for education and medical care. Its justice that puts law above rulers. Its opportunities for economic progress. Its respect for free press. Its track record for scientific and technological advance.

BUT the West was not always like this. And now sadly it is changing before our eyes.

Inspite of its moral decline – Western countries are still the least corrupt and the best developed part of the world, even though they label themselves as PostTruth. That means, people are losing trust in their politicians, their press, and even the integrity of many of their scientists. People are getting disillusioned because there is stagnation, growing debt and insecurity — even decline into corruption.

So what made the modern West a civilisation that believed in Truth?
Two thousand years ago, a Roman Governor, Pilate, was able to declare a public figure innocent and then go on to crucify him. How could he do that? Didn’t he know that he was destroying the people’s trust in Rome’s judicial system?

Well, back then the West did not rely on trust. It terrorized people into submission. It did not operate on Truth because by about 300 BC, the Greco-Roman world had accepted the Hindu-Buddhist pessimism that the human mind could not know truth. Therefore, the Greco-Roman society built its culture not on truth, but on myths, magic, and mysticism.

Truth transformed the pre-modern West into what became modern culture. Let me illustrate:

In the 1980s, I was in Amsterdam trying to figure out how to buy tickets from the machine. I asked two American tourists for help.
“ Why do you want to buy tickets?” they replied. “We’ve been travelling around for 2 days and no one has come to check tickets.”

I was amazed: How did Holland create a moral society, where the city could trust its citizens? And, why is the new generation rejecting the morality that resulted in the West’s unique freedoms and economic prosperity?

I researched the matter and found that 500 years ago, the PreModern West was as corrupt as my nation. Religion was fuelling corruption. The West began to change because of a movement called The Reformation.

In his book, “From Dawn to Decadence”, historian Jacques Barzun described Reformation as the greatest revolution of the last millennium which created the modern world. He defined revolution as more than replacing one human authority with another. It involves replacing bad ideas with true ideas that actually work.

Can we know the Truth? The Reformers championed Truth because they believed in a Creator who knows Truth, and communicates it. They followed the Bible’s teaching that had been articulated by St. Augustine: He taught that the mind was God’s greatest gift to humans. It was made in the image of God. God gave us the gifts of mind and language because He wants to teach us truth just as a Father wants to teach his child. God wants us to use our minds to discover truth and our gift of language to communicate truth to others. This unique faith in human ability to learn and communicate truth made the modern West a uniquely thinking, free, and growing civilisation.

The Buddhist monks in China had a lot of books. But they stopped reading those books once they understood from their scriptures that words could not communicate truth. So in Eastern China monks put their sacred books on shelfs and rotated the bookcases. They meditated not on words and ideas, but on the sound of that rotation. This stunted their society’s intellectual life even though they had great monasteries. Those monasteries did not grow into universities, as did Oxford, Cambridge and many other monasteries that became universities.

Late Osho Rajneesh was a professor of philosophy in a university. He gave up the life of the mind, became a guru and used more printed words than any other to teach the world that truth is Silence. It had to be experienced in a non-rational, mystical experience, say by whirling until you fall without a thought.

The Bible transformed countries such as Holland, because it inspired the church to educate everyone. Education grounded in the Bible cultivated love for truth and righteousness. Why? Because the Bible taught that God wants all men to be saved from their sin and come to the knowledge of the truth. (1 Tim 2.4)

Religions that promoted myths and mysticism considered knowledge and reality to be Maya — illusion. That view therefore discouraged the pursuit of knowledge which is a reason that Hindu temples did not build schools and colleges.

Whereas Modern, reformed education encouraged every Dutch student to memorise the Heidelberg catechism which summarised the Bible’s essence. It instilled in every citizen’s soul God’s commandments – such as the command, “You shall not steal.”

The Pagans invented myths and taught their opinions as morality. But God liberated the Jews by commanding them not to invent their own reality or morality. Although we have become sinners, our conscience tells us that we are made in the image of a Holy God. Therefore, sinners are required to repent of their sin and myth-believing. They have to re-conform to God’s truth and holiness. Because God is trustworthy so His children must also be worthy of trust and speak truth – and not bear false witness.

Our Postmodern age knows that without God’s grace it cannot know absolute truth and morality. Its intellectual pessimism encourages people to make up their own “truths” and moral values. But flexible morality makes it difficult to trust each other! Holland’s public transportation system can no longer trust its passengers. Neither can Americans trust their media or their professors.

By becoming Post-Truth, the West has become PostModern. It has amputated its soul, the Bible — which created the modern world. That is why our Post-Christian, Postmodern, Post-Truth age suppresses liberty of individual conscience and promotes human opinions, feelings and vested interests as “political correctness.”

The quest for truth was the engine of the West’s success. Losing truth means losing trust. To lose trust is to lose peace, progress and prosperity.