Q: Why Are You Talking About Europe’s Soul? 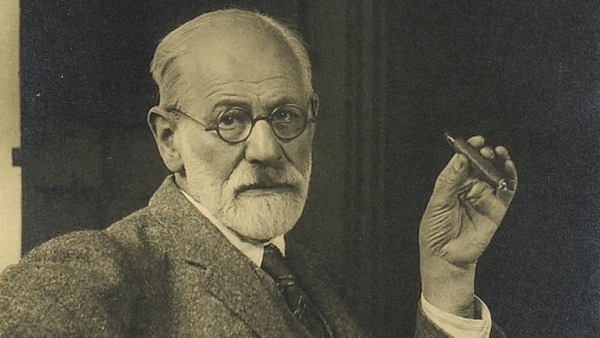 Europe’s soul is the Bible. Can you lose the Bible’s worldview and save individual souls?

In America 70% Christian youth stop going to church when they start going to college. Only 3% of the church growth in America is due to soul-winning or evangelism. European scene is worse.

The Church is not winning individual souls because it has lost Europe’s soul. Most Europeans don’t even think that their soul will exist beyond their physical death. That one day, they will stand before God’s judgment throne to be condemned in hell or blessed in heaven.

Sigmund Freud, the father of Psychoanalysis, embraced atheism. Therefore, he had to reject spirit’s existence. The human mind was nothing more than chemistry. As a therapist, Freud had to deal with patients who were deemed to be demon possessed. To him, that was “occult” — unproven, unprovable, religious belief/superstition.

“Sexual repression” was Freud’s atheistic explanation for ‘mental’ sickness. Freud’s nominated heir, Carl Jung, followed Freud, but looked for scientific evidence for his theory. Freud admitted that he had no evidence for his sexual theory. Yet, he begged Jung never to abandon his theory; to teach it as a dogma and a bulwark.

“A bulwark against what?” inquired a bewildered Jung.

“Against Occultism”, replied Freud. Religion and philosophy postulate soul, we must teach our theory as scientific dogma.

Jung thought that a dogma was a blind-belief that precludes questioning. Therefore he rejected Freud’s atheism as “occult” — a blind dogma that invoked the authority of science, without subjecting its belief to scientific examination. Jung then went on to explore the alternative explanations for the soul. He adopted the Hindu idea of Brahma, as his idea of Collective Unconscious or universal soul — the metaphysical source of the individual self. His “spiritual” worldview made Jung the father of the New Age movement. Hollywood followed him.

In 1973, it made $12 million movie, The Exorcist. It went on to earn $441 million, and launched dozens, if not hundreds of movies. It is the story of a mother who seeks help from two priets to exorcise a demon from her daughter. The moview triggered much research into the supernatural realm of the spirit. Hollywood celebrities such as Shirley McLain and Goldie Hawn went around the world meeting mediums, channellers, exorcists, and reincarnated gurus to understand the human self.

Atheism and spiritism have wrestled for the West’s soul. One worldview that had the answer, the biblical theology, did not even enter the public square. The Christian case for the immortal soul rests upon the solid rock of history — upon the death and Resurrection of Jesus Christ. Christianity failed the West because those who were interested in saving souls had no understanding of worldview evangelism. Most Christian missions were trying to save individual souls, primarily among “Unreached People Groups,” in the 10/40 Window. It was their eschatological recipe to “hasten the coming of the Lord.” Western Christianity’s failure to address their culture’s worldview — its soul — is sinking the West diabolical darkness. Mainstream Protestant church has become Freud’s mouthpiece. . . “don’t repress your sexual urges . . . don’t seek the Spirit’s power to crucify the lusts of the flesh . . . follow your urges . . . eat, drink, and indulge in sex irrespective of your partners biological gender, for tomorrow you will die and you have no soul that will stand before God’s judgment throne.”

The first chapter of the book of Revelation pictures a local church as a lamp stand. A lamp stand has no light of its own. Only when the lamp sits upon the lamp stand does it give light to those walking in darkness. Revelation 21 goes on to present Christ’s Bride as a glorious city on a hill. It says that the Lamb will be her lamp and the nations will walk in its light. The Reformation and various revivals enabled Germany and Europe to give the light, in which nations continue to walk even today.

Of course, Europe has plenty of reasons to be ashamed of its darkness. Even today it is enforcing some of its darkness upon other nations. Paganism, whether pre-modern or post-modern, has no understanding of sin. Therefore, it centralises power in the same hands. Augustus Caesar was a military officer who became the political and then also the religious head of the state. Eventually he was deified as The Lord. This centralisation of power continues in Europe’s DNA. It corrupted the church during the Middle Ages as well as following the Reformation. Instead of relying upon the power of the Spirit of truth, far too often Churches abused the power that they received from special (exclusive) relationships with their states. Rulers, in turn, used the church to enhance their own powers. This enabled some theologians to appreciate the Old Testament doctrine of the separation of Church and State.

When king Saul offered the sacrifices that Samuel, the Priest, should have offered, Saul was told that God has rejected him as king because he has rejected God’s word. (1 Samuel 15:23).

The Bible and Europe’s unfortunate history came together to make separation of Church and State, an important principle of civilized society. This principle came out of the Bible and was reinforced as a reaction to Europe’s historical conflicts. That context of the abuse of power is long gone. Yet, the reactionary tendencies persist — especially in Pietist circles.

Reactionary theology lacks clear thinking. Thereby, it weakens the church. For some Christians, Christ’s statement, “My kingdom is not of this world” means that his kingdom should not come into this world and his will should not be done on earth — at least, not until he returns physically. They want the Devil or, at least, the Anti-Christ to govern the world. This “ theology” absolves the church of the responsibility to be the world’s light. It assumes that the Lord Jesus cannot sit in the Temple that he is building with living stones to become the light of the world. If he wants to give light to the nations, he will have to sit in the third temple of stones that the Jews will build in Jerusalem.

“The healing of the nations” (Revelation 22:2) is as an important aspect of God’s mission. He called Abraham in order to make him a “Great Nation” and a “father of many nations.” Thanks to the Peace of Westphalia (1648), the Jewish-Protestant notion of “nations” is one of Germany’s greatest gifts to the world. Your terrible history has made your theologians too ashamed to talk about Nation and Nationalism. And yet, the idea of “Nation” has already become a central issue in our postmodern world: Brexit is only the tip of the iceberg. Nationalism is driving politics in America, Holland and France. More serious question is: Should Russia take over Ukraine or Finland? If not, why not? Does national sovereignty matters. What does the Bible say about empires, nations, great nations, and the supra-national vision of the Kingdom of God? To say that we should not study God’s mind on these matters is to say that secularism and paganism should lead Europe and the world into darkness. Our job is to take individual souls to heaven.