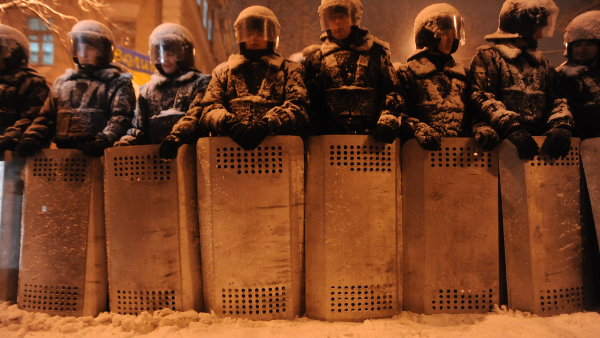 India remains a beacon of hope to colonies that became free after WW2: We can also govern ourselves with civility, without surrendering our sovereignty to our army.

Thanks to the lingering educational influence of the evangelical missionary movement and the dynamics of Indian society, India is almost the only country out of 150 former colonies that has remained free from military dictatorships.

Now, as the biblical philosophy of political freedom is forgotten (including by the evangelicals), at least Kashmir, if not the rest of India, is intellectually ready to be colonized by Indians with unaccountable power.

If the law that binds the state is made up entirely by the state than the “rule of law” simply means “rule of the ruler” – eventually the army or the militias that splinter from lawless army. Rule-of-Law equals freedom only when the Just Law comes from beyond the state — from God; when the laws made by the rulers conform to God’s Law. If God never gave His law to men, then the concept of rule of law is a myth that India borrowed from Britain’s biblical philosophy of governance.

in the photograph below, a civilian in Kashmir is bound to a jeep by an Indian army officer as the army patrols villages. The innocent captive is the human shield to protect the patrol from Stone pelting boys. The army has honored the officer, and the army chief says that he wishes that the boys were firing bullets at Indian soldiers, instead of pelting stones. Why does he want his soldiers to be fired upon?