How the Bible Created Modern India: a Book I Hope to Write Some Day 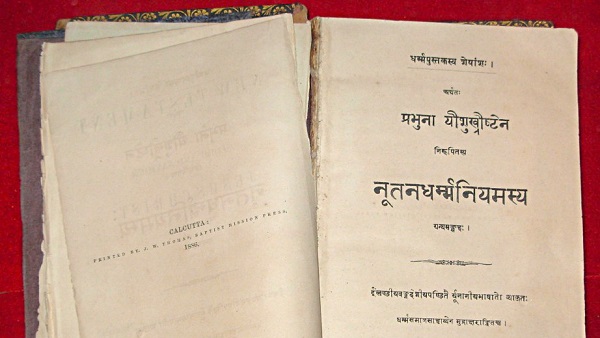 Why are “Native” Americans or Australians “Indians”? Why is Indonesia, Indian-Asia?

When Vasco de Gama landed in Kerala, no one there thought of himself as an Indian or even as a “Malyalee”. For Malayalam didn’t exist as a language, until the Bible translators created it as a distinct literary language.

Back then, India existed only in the European mind. For it is the Eastern most Persian province mentioned in the Bible, in the book of Esther. The Bible does not talk about Japan or Jakarta. So once you have reached India, Europeans assumed, you have reached the world’s end.

India attracted Europeans because it was prosperous. It had well developed philosophies, but India had no notion of geography, history, or ‘nation’. It had thousands of little kingdoms. The best notion of political organization that India had received, first from Persia and then from Greece was of that of an Empire. An empire is a pagan idea that makes you a subject. “Nation” is God’s idea, that makes you a citizen.

The Bible brought to India ideas such as of geography, history, archeology, map-making, nation, rule of law, civil service and nation. The first scientific institution to be established in India was “The Survey of India.” (1767) . Genesis, the very first book of the Bible, had begun giving to Abraham the idea of nation and geography. Defining borders or Map-making became precise by the time of Joshua. Joshua is condemned for genocide, partly because critics do not understand that the Jewish idea of a nation with well defined boundaries is the presupposition of international peace and harmony.

India’s geography captured by Rabindra Nath Tagore in our National Anthem “Jan Gan Man” (1911) came from the British-India’s Stamp Act of 1899. Our national anthem excludes Kashmir from India, because the Stamp Act excluded it.

In due time I will discuss these issues in detail. This post is simply an advance notice to the group that Sajan George described in yesterday’s post as Fascist Storm Troopers – people who confuse heckling with civilized debating.

The following lecture was given in New Delhi. A series of 20 such lectures will help the discussion on how the Bible created modern India.