The July 4th Question: 241 Years After the First Revolution, Is it Time For a Second? 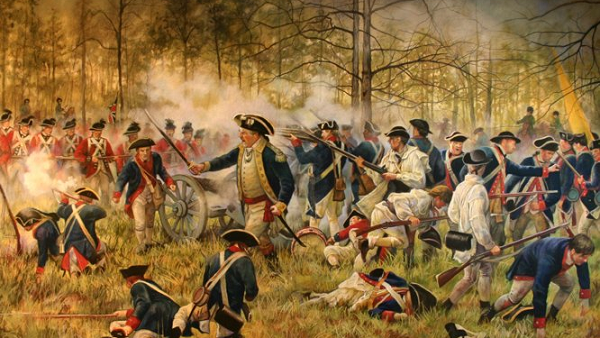 Let’s start with a shocking, but true premise: If you are a patriotic American, you believe that there are circumstances under which it is right to take up arms against your own government. That statement feels wrong to me. It reeks of militia and McVeigh and toothless loons holed up with guns in cabins in order to avoid paying income taxes.

But the fact remains that the rationale for the existence of the nation known as the United States of America, which first appeared in print 241 years ago today, is entirely dependent on the premise that there are indeed times “…when in the Course of human events, it becomes necessary for one people to dissolve the political bands which have connected them with another…” and that such times may require the first group of people to “…mutually pledge to each other [their] Lives, [their] Fortunes and [their] sacred Honor.” And that having dissolved those political bands with another people, the newly liberated people (“…and that as Free and Independent States, they have full Power to levy War…”) may, among other things, protect themselves from a tyrannical power which engages in “…a long train of abuses and usurpations, pursuing invariably the same Object [which] evinces a design to reduce them under absolute Despotism…”

This is the argument presented to the world by Adams, Jefferson, and Franklin. It was adopted and approved by the Continental Congress. It has been graphically represented in the Great Seal of the United States and it is treated as the origin of the American Republic not just in the Declaration of Independence itself, but also in the Constitution.

That last truth has been denied both by legal positivists on the left and by paleo-conservatives on the right, both intending to sever the Constitution from its roots in natural law, but for differing reasons. The legal positivists want to liberate the courts from the shackles of natural law, so that they might reinvent the American Republic. The Old Right wanted to sever the Constitution from the impetus of natural law which they believed would be used to create new ‘rights’ which would be imposed by judicial tyranny. I debated Robert Bork on this question several years ago and he was very strong in his insistence that the Constitution did not acknowledge the Declaration. The problem with that assertion is that it is contradicted by the concluding section of the Constitution itself, which states that it was “[… ] done in Convention by the Unanimous Consent of the States present the Seventeenth Day of September in the Year of our Lord one thousand seven hundred and Eighty seven and of the Independence of the United States of America the Twelfth. In Witness whereof We have hereunto subscribed our Names.”

In other words the Constitution was signed in the fall of 1787, which was during the 12th year of the United States, which places the event which initiated the Republic sometime before September 1776. Is there any other event, save the Declaration, which would fit the historical bill? Of course not. And just in case any would argue, as Bork tried to in our debate, that this is simply a matter of a date to which no significance can be attributed, I would point out that the Great Seal of the United States, which was the result of several years of deliberation, labels the foundation (it is a literal architectural foundation at the base of a pyramid) with the Roman numerals for the year 1776. In short, the Declaration and the principles on which it is based are the foundational ideas of our Republic. One can deny their truth, but one cannot deny their legal authority.

This implies something very important: No governmental official can deny the right of the people to dissolve the political bands which tie them to a tyrannical government, without at the same time denying the Declaration and, by extension, the Constitution on which his own power is based. If he says, “The Declaration no longer applies; you must obey my authority no matter what.” We can rightly reply, “If the Declaration no longer applies, then the government of which you are a part no longer possesses legitimacy; which means you have no authority in the first place and therefore have no right to demand that we obey.”

There are certain ideas which are self-evidently true. One of those ideas is that we are created without legal primacy or inferiority with regard to one another. Another idea, which is just obviously true to people whose rational faculties are operating properly, is that the rights to life and liberty and the pursuit of a prosperous life (which is what the word ‘happiness’ meant in 1776) are not alienable, that is they cannot have a lien placed on them by any other persons, not even representatives of the state.

So, are we there yet? That question is in the air, although I don’t think I’ve heard it put so explicitly in terms of the context of the Fourth of July, 1776. Pop culture blockbusters such as the Batman franchise are preoccupied with the question of legal legitimacy. The Tea Party movement, as is obvious just by the name, suggests that we are bumping up against the limits of legitimacy. The Occupy movement by its rhetoric and its actions at least denies the legitimacy of the property rights of the individuals on whose land it squats, and the legitimacy of the powers of the police who order it to disperse.  A slew of soured grapes outbursts after the failure of the union-led Wisconsin recall vote suggested that democracy had died. Even occasional wingnut outbursts on MSNBC suggest that a forceful change of government is now called for.

Some people want to banish this conversation from polite company, but doing so does not ban the conversation from occurring; it just bans polite conversationalists from adding their influence to the debate. The greatest beneficiaries of this approach are groups at the fringe who live to incite people to violence.

No amount of banning or inciting can change the facts. 241 years ago the principles of the Declaration found that the central government had lost the right to rule and called on the people to withdraw allegiance to it. Is that the case now? Even the most ardent believer in the American experiment (and I am a very ardent one) has to acknowledge that the verdict of history is that no state remains committed to liberty forever, which means that such a time will come again. The question is whether we are there now.  Tell me what you think, and then I’ll tell you what I think.