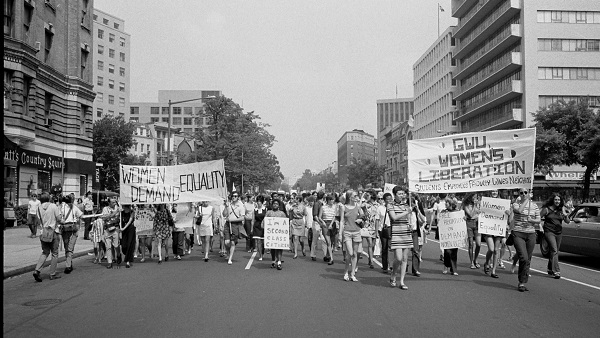 The astonishing successes of the sexual liberationist movement, especially in the past two decades, and most especially in the last five years or so, have to a large extent been achieved by labeling anyone who dissents from the dogmas of the liberationist faith as a “bigot” and a “hater,” thus stimgatizing them and marginalizing them. The strategy also caused an enormous number of people to go silent or even capitulate to the movement’s demands, lest they too be subjected to defamation and marginalization. Of course, a key to the strategy was the massive cooperation of the elite media whose sympathies for the movement no attempt was made to hide.

But, as everyone knows, successful strategies are always copied. You may like it when a strategy of vilification and intimidation is used in a cause you support; but when its success causes it to be copied by those seeking to advance causes you don’t support, you may begin to see the thing differently. Ordinary, mainstream liberals, for example, who had no problem with the strategy when deployed to advance, say, “same-sex marriage” or “transgenderism,” are now seeing it used by the far more extreme left on college campuses against, among others, people like themselves. Evergreen State College’s Bret Weinstein, for example, is being tarred as a racist for refusing to cooperate with a plan that he (quite reasonably) regarded as  well, racist. And there are many other examples.

But it won’t be just folks on the extreme left who will copy the strategy of vilification and intimidation–refusing to acknowledge the possibility that those who disagree with them are reasonable people of goodwill who just happen to hold a different opinion. Others have noticed its success, and in an age of social media they know they can copy it even without the support of the liberal journalistic establishment and commentariat. Hey, you might already be noticing that that’s happening. And that efforts to call it out as abusive are falling on deaf ears among a vast swath of the American people.

What goes round comes round. It’s not good. It’s not right. I certainly won’t support it. But you can expect it. If your side uses an abusive strategy successfully, you can, as I say, count on people who see the world in a very different way to notice that success, and emulate the strategy for their own ends.