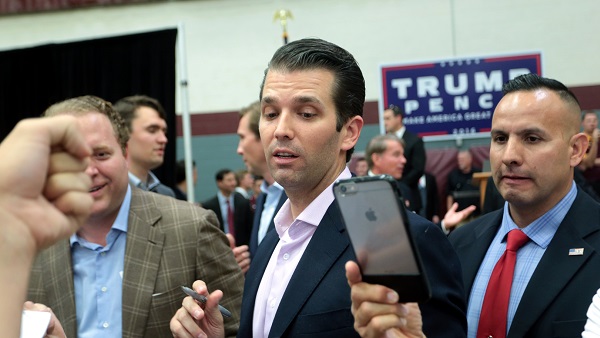 Why am I, Glenn Cartman Loury — an inveterate contrarian, remember — so unenthusiastic about the Trump-Russia collusion story?

Sorry friends but, much to the disappointment and distress of many of my beloved acquaintances and valued associates who are obsessive and frenzied over this evolving episode, I just can’t jump onto this bandwagon. At least, not quite yet. Here’s what I wrote to a close associate recently in an attempt to explain myself:

Here’s my contrarian take: the real questions of our time are not the legal or character defaults of a PT Barnum-type business hustler who managed to get himself elected President of the United States. The real questions are deeper: about nationalism; about cultural change; about enduring the social and economic dislocations of modernity… The country’s reckoning with these questions is part of the process which has led to the election of Donald Trump.

Something really important is happening, I think. The tectonic plates are shifting rightward on every continent. Too few are talking about what’s actually happening. I’m trying to understand and appreciate the impulses behind this shift. E.g., people voted for a guy who promises to build a wall on the Mexican border!! The idea is absurd on its face. There’s no way that this can be a rational policy. What are these people telling us? And, more importantly, what do we have to say to them in return?

Moreover, I fear this reaction to Trump in part because I think it could succeed, and if it does, that would augur a division in this country deeper and longer lasting than the rift which occasioned the Civil War. If Trump is assassinated, for instance, the unrest will be a lot more devastating than a few riotous nights in a dozen American cities. The streets will run with blood. The forces that have resulted in Trump must be defeated at the ballot box, and in the court of public opinion, not by an end run around democracy.

Finally, I’m growing tired of the prevailing reformist ideology. On race questions, as illustrated by your friend TNC, is wrong-headed; on the campuses, simply inane. Left-liberals (sorry) just don’t have any answers, I’ve concluded. I’m profoundly disgusted by their temper. Their’s has become a sanctimonious posture, devoid of genuine moral resonance — virtually across the board. This fact — that the left has found nothing useful to say to the present political moment, nothing but to scold — impresses me deeply…

I’ll stop. But, in my contrarian view, I’m stunned and frightened by this Russia collusion witch-hunt, and by the relish with which the left have seized upon it. Ironically, I see an analogy in my mind’s eye just now with the “birther” slander against Obama… not with the claims of his foreign birth, but with the subtler claims of his hating America. One can imagine this kind of campaign being waged from the right against a president Obama — particularly if he had been 25 years older when he ran, with a life of accomplishments behind him that had taken him to every corner of the world. The associations and collaborations he is likely to have engaged in would, given his background, readily become fodder used by right-wingers to buttress their claims that he would betrayed his country while in office. Of course, it’s not the same thing. But, as I see it, something a bit like that is happening right now…

As far as I know, no crimes have been committed here. It looks to me like a dangerous witch hunt. These investigations should be brought to a prompt and definitive conclusion. Indict somebody, or go home, I say. And, to Democrats my message is, if you persist in relying on trying to undo the 2016 election by forcing Trump from office, instead of devoting yourselves to finding a way persuasively to respond to the underlying forces and structural shifts that led to his emergence, the you’ll doom yourselves to irrelevance for a generation.