The Tragedy of Tuition Hyperinflation 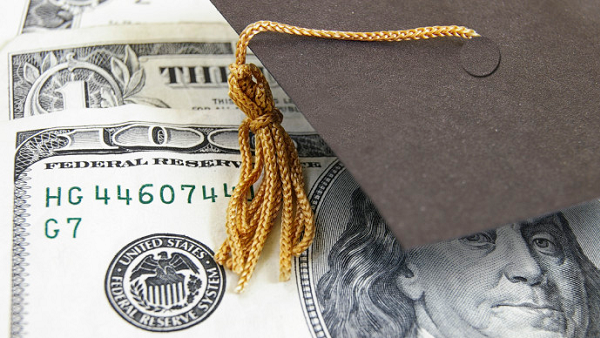 What if tuition for an engineering degree (or any other degree for that matter) was $595 per semester instead of the present $10,000 per semester for a good state university?  Although, presently, tuition at many universities is much higher than $10,000 per semester.  The cost of a semester for an engineering degree at one time was $595 – and this is adjusted for inflation.  What has happened?  For one thing, education inflation has risen 5.5 times faster than general inflation.  This circumstance should not be acceptable.

There are a number of reasons behind this, but the most fundamental reason is a bad economic model.  University education and education in general (K through 12) are third party-payer systems, and this type of economic model will always result in an inflationary economy.  All the political and media rhetoric is irrelevant.  The economic model determines the result, not any silly rhetoric, or demand from the powers-that-be about education being provided or costs being reduced.  People could point to the fact that there are too many administrators per student and professors that are probably not teaching enough students, and college facilities which rival the fanciest resorts and retreats.  However, the fundamental issue is the economic model.  These other issues are a symptom of the unfounded model.

Several years ago I went to my alma mater, Purdue University, and spent a day in its archives researching and collecting the history of its tuition.  I gathered tuition back to its first year of classes in 1874.  From this tuition data, I created a matrix to calculate tuition rates adjusted to inflation using the Bureau of Labor Statistics’ Inflation Calculator.  The results were stunning and extraordinarily revealing.  Today the cost of tuition for a 4-year degree from Purdue University is approximately $40,000.  At one time the same degree at Purdue was under $2500 in equivalent dollars (that is, adjusted for inflation).  This translates to the same degree being over 16 times more expensive than it was decades ago even after adjusting for inflation.  This is not acceptable!

Although the current President of Purdue, Mitch Daniels (former Governor of Indiana), froze tuition in 2013 at the 2012 level to begin to address the out-of-control tuition increase, Purdue is no different than any other State university from an increase of tuition standpoint.  President Daniels’ freeze has been extended to the 2018-2019 academic year.

As acknowledged by Richard Vedder, perhaps the most learned economist on education economics, “[t]he cost of college attendance is rising while the financial benefits of a degree are falling.”  Vedder recently reported in the Wall Street Journal that from only 2000 to 2016 college tuition and fees rose by an astounding 74.5% while adjusting for inflation while Americans have increased their student loan burden to over $1.3 trillion – this totals more than they borrow with credit cards and car loans.[1]

In 2014, Dr. Vedder published a policy paper which details 36 steps to reforming education in the United States.  His enlightening process gives sound steps to reverse the destructive trajectory education has been traversing for many decades.  “Cost to customers of colleges and universities,” exposes Vedder, “are rising faster than the rate of inflation and, indeed, faster than incomes.”  He reports that from 1975 to 2012 tuition as a percent of (median) household income has risen from 7.5 percent to over 21 percent – closing in on a quarter of a family’s annual income.[2]  Economist Veronique de Ruby discloses that the United States has tripled its spending per student over the past four decades yet there has been no improvement in student performance.  People spent an average of $149,000 on K thru 12 in 2009 compared to $50,000 in adjusted dollars in 1970.[3]  When do we put a stop to the financial bloodbath?  With the federal government holding a monopoly on student loans and creating an all-powerful third-party payer system, the bloodbath will continue until Americans reverse the government’s dominance and educational-financial tyranny.

The further tragedy of education, as Dr. Vedder poignantly declares, is that “With the possible exception of prostitution, teaching is the only profession that has had no productivity advance in the 2400 years since Socrates educated the youth of Athens.”[4]  Vedder notes that from 1970 to 2011, the labor productivity has dropped substantially.  In 1970, it required 5.5 instructors to educate students, and at universities, by 2011 it required nearly 7.3 instructors.  This was during a time when labor productivity in the United States approximately doubled, and higher education decreased its productivity by around 25 percent[5] despite all of the technology innovations over the 40 year period like personal computers, personal devices, the internet, and many other informational advances.

Cato Institute economist Daniel Mitchell arrives at the same conclusion noting that the significant upswing in the rise of educational costs came “when the federal government became more involved starting about 40-50 years ago.”  Mitchell notes that since 1960 federal legislative appropriations for higher education are more than 10 times higher.  (Reference here for a graph developed by the Cato Institute illustrating comparative education costs to educational performance and for graphs on spending per decade and per program see this working paper by Courtney Collins of George Mason University.)  As a comparison, Mitchell explains that military budgets are only about 1.8 times higher with significant complaints in regards to military spending.  Also, notes Mitchell, if car prices had increased at the same rate during this period we would be paying over $80,000 for a new car.[6]

In regards to technology and productivity advances, while universities do contribute to this advancement, they have not historically been a significant contributor.  The passing of the Morrill Land-Grant Act in 1862 (more commonly referred to as simply the Land-Grant Act) helped drive the creation and development of universities around the country.  Conventional wisdom claims the Land-Grant Act gave a tremendous boost in education, which fueled the American rise in economic output and productivity.  This is a myth.

I return to my time in the Purdue archives where I found actual tuition data which correlates the rise of the “education blob” as John Stossel refers to the education calamity.  I know that it must be changed.  Not by rhetoric, but by changing the economic model from a third-party payer system to a free-market system.  I also personally understand the financial impact as I have a child currently attending Purdue University with another child coming to college age in just a few years.  The education model must change since Americans are getting pounded financially.  Education is valuable, but it is a commodity which should follow a similar price trajectory as any other.