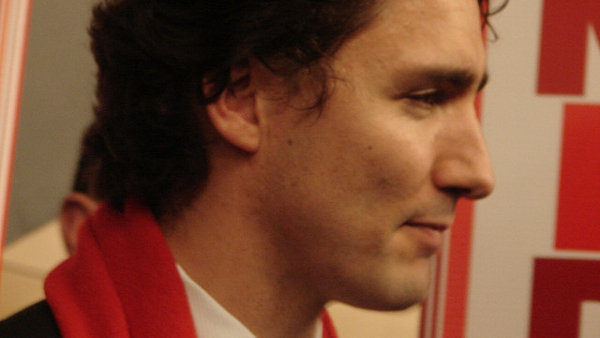 It is our innate reaction to love our government.  They protect us from the bad guys.  They are on the side of those who obey the laws, do good deeds and further the communal cause.  Thank goodness for the police, the courts, the military and all the governmental agents who punish evil and promote the good.

But what happens to our intrinsic gut response of loving our government for doing what it is supposed to do when it instead does the opposite – plunders the righteous and rewards the wicked?  Of course, our love turns to hate.

Now, I love Canada.  I’ve been there twice this year already.  Once to beautiful sunny Toronto (okay, it was dark and rainy the whole time) and I just returned from fishing in British Columbia.  Canada is beautiful and its people are winsome (and nothing beats the taste of its salmon!).

That said my respect for Canada has plummeted.  Why?  The Canadian government just did the adverse thing when it comes to the role it is supposed to play in regards to justice.  It rewarded the bad guy with monies taken from the good tax-paying citizens of Canada.

Prime Minister Trudeau paid a reported $10.5 million cash settlement to Omar Khadr who confessed to tossing a grenade at U.S. Army Delta Force medic Christopher Speer, killing him.  Why would Trudeau pay a member of Osama bin Laden’s al Qaeda team ten million dollars?  Because Canadian officials supposedly didn’t use the proper interrogation techniques on Omar when he was questioned at Guantanamo Bay, that’s why!

Meanwhile, Sgt. Speer’s widow, Tabitha and his two young children, living in Utah, sued Omar in the U.S. and won a $134 million judgment.  Trudeau’s payment to the guilty was designed to circumvent Tabitha’s’ ability to enforce her judgment in Canada.  He voluntarily issued the payment, without a court order, just before the Speer family could obtain judicial compliance for their judgment in the Great White North.

Speaking of our secular rulers, the Bible has this to say, “For rulers are not a terror to good works, but to the evil…For he (the ruler) is the minister of God to thee for good.  But if thou do that which is evil, be afraid; for he beareth not the sword in vain:  for he is the minister of God, a revenger to execute wrath upon him that doeth evil.”  Romans 13: 3-4

Trudeau’s cynical rendering of tribute, rather than wrath, on an admitted war-criminal was not a beautiful thing.  His timing so as to obstruct justice for the victims was despicable.  How are the poor Canadian people to be expected to honor their Prime Minister when he acts in such a creepy way?