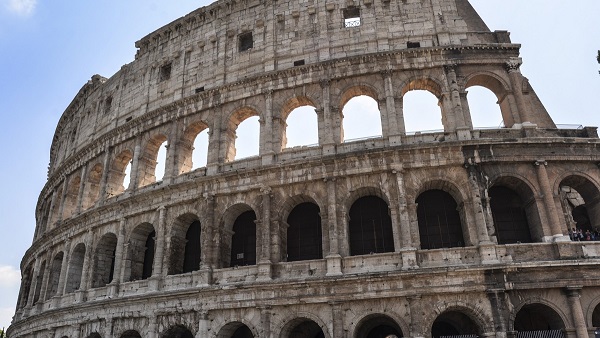 The Roman Catholic Church baptized the Pagan idea of Empire as “Christendom” – Christ’s Kingdom. Islam “sanctified” it as a divine concept of Caliphate. But Empire remained what it is – Pagan prescription for war. Instead of respecting property rights, Empire involves coveting other people’s lands. Instead of respecting God-given freedom, Empire makes people subjects.

‘Nation’ is God’s idea. God destroyed the imperial city of Babel to create nations (Genesis 11 & 10) All the residents of Babel were descendants of Noah. They were one people-group or ethnicity, speaking one language. God confused their languages and divided them into different territories, giving them the right to govern themselves, in their own languages. So, according to the Bible a ‘Nation is a Sovereign People Group, Governing Itself in its Own Language, in its own Territory.’

In Genesis 12, God called Abraham to follow Him, instead of following his cultural nationalism. God promised to make Abraham a Great Nation. ‘A Great Nation is many people-groups (tribes, castes, races) governing themselves in one territory in one or more languages.’ Israel was 13 tribes. What binds a Great Nation is not ethnicity but a common law, Constitution, or Covenant.

Europe accepted the Bible’s (Jewish/Protestant) idea of Nation (Great Nation) in 1648 during the Peace of Westphalia. That is when Holland and Switzerland became ‘nations’ independent of the Holy Roman Empire. The United States of America followed their example in 1776 and became a (Great) nation independent of Britain.

Britain was a confused nation. Anglicanism was a wholesale, top-down ‘conversion’ of Roman Catholics to Protestantism. They accepted some Protestant ideas, but brought Pagan Roman political outlook of ‘Empire’ with them. That outlook sustained British Imperialism in India. The biblical Christians, including Evangelical Anglicans, championed the idea of India as a nation. This was not an unconscious promotion of India as a great nation, but a deliberate decision that God had given South Asian territories to Britain in order to bless the geographic India to become a political, independent nation state of India. In my 1997 book, “India – The Grand Experiment” I have provided ample evidence of my case. Lord Macaulay successfully argued the evangelical case for India’s freedom in British Parliament in 1833. (Hindutva elements lie about his speech as condemnation of India.)

Macaulay’s brother-in-law, Charles Trevelyan, was straightforward in his 1838 book On the Education of The People of India that the purpose of giving Christian (English) education to India was to prepare a class of Indians who could govern India as a free nation. In India, Macaulay lived with his sister Hannah and Charles. (His father, Zachary Macaulay, was a prominent evangelical champion of liberty for African slaves. Although, in his later life, Lord Macaulay distanced himself from growing legalism and and Anti-intellectualism of the Evangelical movement.)

In the end it was American President, Franklin Roosevelt (Not Gandhi) who won for India and other colonies the right to “Self-Determination” in 1941, through the Atlantic Charter. He pressurized Britain’s Imperial Prime Minister, Winston Churchill, to end Imperialism/colonialism as a Pre-condition to America’s support for WW2. Gandhi’s 1942 call to “Quit India” was simply an echo of the sentiment of Christians from William Carey (the “Friend of India”) to Macaulay to Roosevelt.