Is There Hope for the Nation? 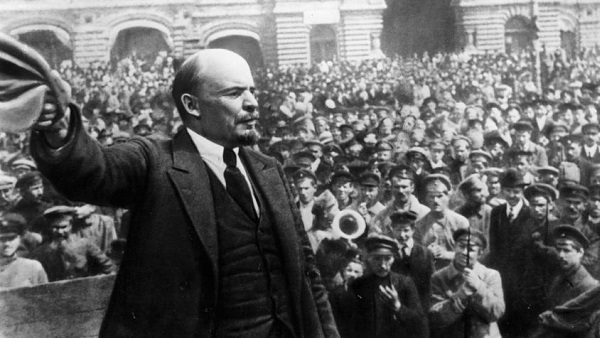 Vladimir Lenin during the Russian Revolution, 1917.

Fatalism, pessimism, escapism have paralysed many cultures. Optimism is one characteristic that explains the West’s amazing progress. Where did it come from?

Gautam Buddha, India’s most influential sage believed that “Life is suffering.” One cannot have a life without suffering. Therefore, the only way to escape suffering was to escape life into the Nothingness of Nirvana.

The West became different because something enabled it to sing, “Joy to the world.” What was the secret of that optimism?

In 2017, the world is marking the 100th anniversary of the Communist Revolution in Russia. Hardly any one is celebrating it even though that revolution was immensely influential. Its aftershocks continue until today. Communism killed about 110 million people and destroyed national economies along with their social/moral capital.

Before the Russian Revolution came the French Revolution. Its ideals were high — Liberty, Fraternity, and Equality. It replaced God with the goddess of human reason. But degenerated into a Reign of Terror before ending in the dictatorship of Napoleon Bonaparte. Russian and French Revolutions were the outcome of the Enlightenment’s faith is man. They taught us that when man tries to become the messiah, he becomes a monster.

He wrote that the Sixteenth Century Reformation was the most influential revolution of the last millennium. It reformed nations and created the modern world of freedoms and progress. One of the Reformations chief legacy is that corrupt, cruel and poor nations can be reformed. They can be freed from intolerance, superstitions, and oppression.

German, English, and American Revolutions succeeded because they began as spiritual movements. The reformers sought the purity of their own hearts, before seeking transformation of their nations. They did not fight for power and positions for themselves. They fought for principles, for truth. George Washington, the General who led America to victory over Britain’s professional army and Oliver Cromwell, the Puritan Parliamentarian who won the English Civil War, refused to be kings. They followed the Protestant reformers who sought the kingdom of God, to make Jesus the Lord of their lives as well as their world.

The Reformation created the modern world which believed that in every culture the ultimate authority must reside in truth — not in religion, not in kings, and not in majority.

Can man know truth? The Bible taught the reformers that the human mind was made in God’s image. Parents teach language to their children so that elders and teachers may teach children what is right and good. Likewise, God gave us the gift of language so that He may teach us what is true, good, noble, and wise. Our minds were given to us also to seek and discover truth and impart it to the others.