President Trump, it Would be Immoral to Totally Destroy North Korea 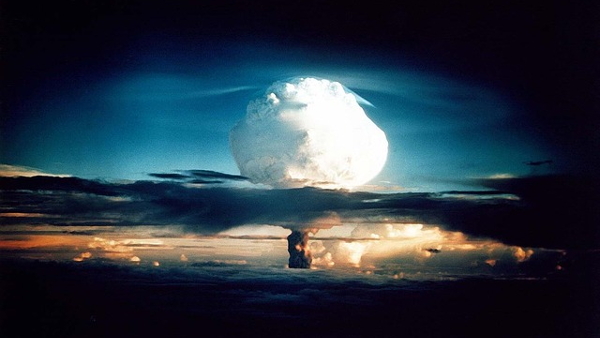 My friend and frequent co-author Patrick Lee has an important message for Catholics and others who subscribe to historic Christian principles of morality, including those pertaining to the use of military force:

“I’m not sure how serious President Trump was when serious he said at the UN that the U.S., if forced to defend itself, “would have no choice but to totally destroy North Korea.” But a choice or intention to destroy a whole nation is intrinsically and gravely immoral…. Nations can morally use force to stop attacks; it can sometime therefore be morally permissible to use force aimed at military targets, but it is immoral to aim at whole cities or whole countries. “Every act of war directed to the indiscriminate destruction of whole cities or vast areas with their inhabitants is a crime against God and man, which merits firm and unequivocal condemnation.” (Vatican II, Gaudium et Spes, 80)”

Catholic teaching on this matter is unequivocal and stringent–it is absolutely morally wrong and, thus, strictly impermissible, to target non-combatants, even in justified defensive wars. In fact, one may never *intend* (i.e., act with the purpose of bringing about) the death or injury of an innocent human being. And this applies to non-combatants of enemy nations, including enemy nations whose leaders are threatening to wage, or who are waging, aggressive war which, as such, may rightly be opposed with the use of military force.

Of course, the deaths of non-combatants, subject to another set of stringent requirements (requirements, by the way, whose stringency is often underestimated or even ignored), may sometimes be foreseen and accepted as unavoidable side effects of otherwise permissible attacks on military targets in justified wars. But what President Trump is threatening seems to go far beyond that. He is talking about “totally destroying North Korea” (presumably in a nuclear attack). Of course, as Patrick suggests, we have a president who is famous for exaggeration and bluster so we can’t be sure how serious he is. But it is important, I think, as does Patrick, that Catholics and others who hold to traditional norms of morality and basic sanctity of human life principles be clear in our own minds about what we can and cannot support. We cannot but strenuously and resolutely oppose the targeting of non-combatants.