The Secret of the Scientific Revolution 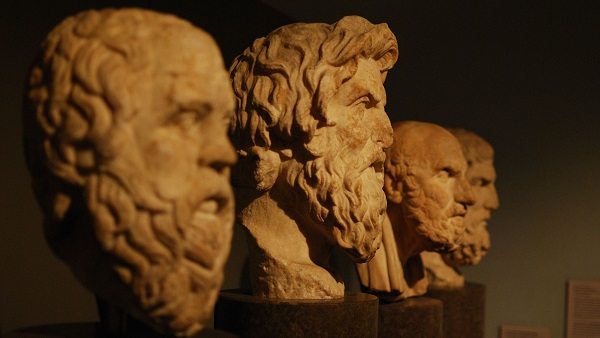 Why was science born in Europe? Why not in India, China, or Egypt?

Why did the scientific revolution take off in the 16th-17th centuries? Why not in ancient Greece, medieval Christianity, Muslim Middle-East?

Peter Bond, an Australian sociologist, spent seven years in Europe, studying these questions. He examined the lives, letters and books of every pioneer of modern science. Cambridge University Press published Bond’s conclusions in a book called, The Bible, Protestantism, and the Rise of Natural Science.

Bond knew that Greek philosopher Aristotle wrote the first book called Physics. Today no scientist believes one sentence of Aristotle’s Physics, because it is philosophy, not science. Aristotle used logic, not empirical observation, as his method of finding truth.

For example, Aristotle said that if you drop two balls from a cliff, one twice as heavy as the other, the heavier ball will fall twice as fast. This seemed logical. Therefore, for almost two thousand years, no one tested Aristotle’s logical sounding conclusion. Galileo was the first to test Aristotle’s logical theory. He dropped two cannon balls from the Leaning Tower of Pisa in Italy. He found that if the size was the same, the heavier ball landed at the same time as the lighter ball. Different weight made no difference.

Medieval Muslim intellectuals such as Avicenna and Averroes were experts in Aristotle. Averroes wrote commentaries on Aristotle. They believed in logic so diligently that they taught that if Observation contradicts Logic, then something had to be wrong with the Observed phenomenon. For logic was the infallible path to truth.

Galileo and his slightly older contemporary, Francis Bacon, rejected this ancient and medieval commitment to the supremacy of logic over observation. Bacon is called the Father of New Science, because he proposed that logic must submit to the authority of observation. If the heavy and the light balls fall at the same time, then there was something wrong with Aristotle’s logic. Logic had to be revised to imagine a new theory which will do justice to observed facts. Isaac Newton met that need by putting forward his theory of gravity to explain why the two balls of different weights fell at the same time. He postulated that the velocity of the fall was dependent on the earth’s gravitational pull, not on the weight of the falling object.

Galileo, Bacon, and Newton rejected the ancient and medieval faith in the supremacy of logic. They pioneered the modern science because they followed the Bible’s worldview as it had been expounded by an Oxford Professor, William of Ockham.

The first verse of the Bible said, “In the beginning, God created heavens and the earth.” This implied, Ockham reasoned, that God existed before the creation. He created the logic and mathematics that we observe in the universe but He is not bound by it. He pre-existed creation. That means God is free. He can do what He wants to do, For example, if He wanted to, He could incarnate as a human baby through a virgin. He could resurrect a dead person. Our logic cannot bind God or pre-determine what God can or cannot do. The right way to learn what God has done in His absolute freedom is to go out to observe facts.

As a Sociologist, Peter Harrison wanted to understand why this new scientific attitude became a revolution in the 16th -17th centuries. His research led him to the conclusion that the single most important factor behind the birth of modern science was the method or the hermeneutics that the Protestant Reformation employed in studying the Bible.

In his book, The Republic, Plato wrote that in order to build an ideal republic, the society must educate the youth.

Well, we must teach them our epics, said Plato.

But our epics depict our virtues as well as our vices. Our gods run away with each others wives; they plot revenge, even injustices. How can they serve as models of good character and produce nobility?

Plato agreed that Greek gods were flawed. Therefore, he recommended that the epics had to be sanitised or allegorised before they could be taught to the youth. A Jewish philosopher, Philo of Alexandria, brought into Jewish/Christian mindset this Greek method of interpreting ancient scriptures allegorically. Peter Harrison realised that the modern science took off at the end of the sixteenth century because the Protestant reformers replaced the allegorical method of interpreting Scriptures by a literal or inductive reading of the Bible.

The science of interpreting a text is called Hermeneutics. It changed because the Protestant reformers realised that according to the Bible (1 Timothy 3:15), the Church was created to be, “the pillar and the foundation or buttress of the truth.” The church was not the source of Truth. It was meant to be the truth’s confessor, preserver, and promoter; student and teacher. God’s word was truth. Therefore, the church’s responsibility was to seek truth humbly. The truth’s authority had to supersede church’s authority.

The Bible is a big and complex book: how do we know what exactly a particular text means? From Luther to Francis Bacon, the Protestant movement emphasised that God’s children must read their Father’s word, they must learn from their elders and each other, and they must seek the illumination of the Spirit of Truth, the ultimate author of God’s word. Yet, every teaching, illumination, and interpretation must be subjected to the authority of the text itself. God’s word must be taken at face value. it must be interpreted in the light of the rest of the Scriptures and God’s works in nature and culture.

Scientific Revolution took off when this Protestant hermeneutic of reading the Bible literally began to be applied to the study of nature. That happened because Christian scholars, the Roman Catholics as well as Protestants, knew that God had written two books, not one. The Bible was the book of God’s word, while nature and history constituted the book of God’ s works. God was the author of Scriptures and nature, therefore, the two books could have no ultimate contradictions. Both the books must be taken at face value. Neither Nature nor Scriptures should be read allegorically. Both must be studied “literally”, inductively, objectively. There are plenty of apparent “contradictions” within nature as well as in the Scriptures. We discern truth as we collect all the data revealed in scriptures and nature, connect dots, and endeavour to make sense of apparent contradictions. God’s works illuminate His words, and His word helps us make sense of his works. As a wise teacher, God reveals truth as well as conceals it in His word and works. (Proverbs 25:2). Man is responsible to research what God has concealed. Francis Bacon made the point that finding concealed knowledge is science — our Treasure Hunt.

Modern science took off because the Lord Jesus asked the skeptics to look at his works. He claimed that His works had greater authority than the words of prophets such as John the Baptist. Jesus said that Sadducees were in error because they knew neither the Scriptures nor the power of God — that is, God’s works.

The modern age began diligent study of nature, because the Bible taught that “heavens declare the glory of God.” God’s wisdom, power, and truth are visible in His creation. That is why at the entrance of the world’s first scientific laboratory, the Cavendish Laboratory in Cambridge, is inscribed Psalm 111:2, “Majestic are the works of the Lord. Those who delight in them study them.”