SEX: The Secret of the West’s Economic Success 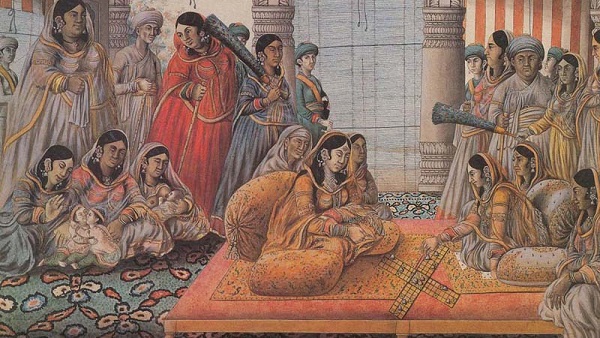 England began colonising the Indian sub-continent in 1757. By 1850s Indian thinkers began asking what made a small island such as England so powerful? Indian writers such as Ishwar Chandra Vidyasagar came to an astonishing conclusion: one of the West’s secrets was sex — efficient harnessing of sexual energy. His own caste of kuleen Brahmins had multiple wives. An old man on his deathbed had no problem marrying a 9-year old girl as his 10th wife. Soon she would be a widow and bring him honor by burning alive on his funeral pyre.

Widow-burning (Sati) had been outlawed in 1829. Therefore, the only choice for a young widow was to be a slave in her own home or escape from slavery into prostitution. This horrible situation galvanised Indian reformers to eventually abolish the Hindu practice of polygamy. One Hindu should have only one wife. His widow should be free to re-marry.

Many years ago I was invited to Jamaica to teach on “Community Development.” There, in a church, I learnt that 85% of children were born to women who never married the fathers. Consequently, their children had no grandparents, uncles, aunts or cousins — at least not from their father’s side. The church was their only extended “family.”

America’s sexual revolution was just getting off the ground. Hollywood had begun glamourising the unwed mother… so how could Jamaica be so far “ahead” of America’s cultural elite?

I was shocked to learn that Jamaica’s sexual revolution was a policy promoted by the British. In 1807, an Evangelical Member of Parliament succeeded in the Christian campaign for the Abolition of the Slave Trade. But this created a problem for British Plantation owners in the Caribbean. Their business could not survive without slaves.

The Plantation owners came up with a simple solution: if slaves could not be shipped, then produce them on the plantations! How do you do that? Simple. Discourage male slaves from marrying. They should become stud bulls. Make women pregnant, but not take responsibility to love and care for them. Don’t get attached to the children you bring into the world. An unwed mother will look after the child for a few months. Then she will need to work to feed herself and the baby. Then she will be pregnant again, unable to care for the first child. A child without caring relatives will have no option but to grow up to be a slave.

Fast forward to 2008, when a handsome, intelligent young man helped us move from Hollywood to Pasadena. We knew his mother, but not him. After 8 hours of hard work, he was anxious to tell us about himself. So, at mid-night, drinking a cup of coffee in our new home, he began abruptly: “I hate American women!”

“Oh! I have loved many of them. I have kids from three of them. The first is suing me to babysit for her child Monday-Tuesday-Wednesday. The second wants me to baby-sit Wednesday-Thursday-Friday. The third is demanding that I babysit Friday-Saturday-Sunday so that she can work. I can’t baby-sit nine days a week! All three want child-support. If I babysit 7 days and work 7 nights, I can not do what they are asking. I am going crazy. I want to commit suicide… though it may be good to get an Indian girlfriend.”

The young man looked at me as though I was an alien. “Are you promoting monogamous marriage? That one man should be chained to one woman for the rest of his life? Change diapers, get up at night to walk around with them so that mummy can get some sleep, then give up watching football to help the kid with homework?”

All his life, from Primary School to University, he had been taught that he was a monkey. Monkeys don’t marry. They mate. They do monkey-business. That is what the man and his girlfriends had been doing.

The man told me marriage was an outdated religious idea invented because priests did not want people to have fun. My friend was partly right. The idea comes from the Bible that a triune God created man in His image — male and female — to be one, in an exclusive and life-long relationship. The two of them become more of God’s image when they have a child and become three. It is in taking care of that child that they begin to understand the Father-heart of God, the Mother-heart of God.

The West’s unique idea of marriage was best articulated by the German reformer, Martin Luther, in his books such as “Table Talks.” The spread of the Bible made it the West’s default definition of marriage. Indian reformers such as Dr. Bhimrao Ambedkar and Pandit Jawaharlal Nehru understood the West’s secret of success. They outlawed polygamy in 1955 — 105 years after Ishwar Chandra Vidyasagar understood that sexual revolution was the path to slavery.

Marriage and family is the God-ordained school of character that frees us from slavery, by equipping us to grow into God-likeness and establish our dominion over the earth as servant-rulers. Marriage defined as one man-one woman exclusive and life-long union empowered western women, children and men. It built great families, great economies, great societies, and powerful nations.