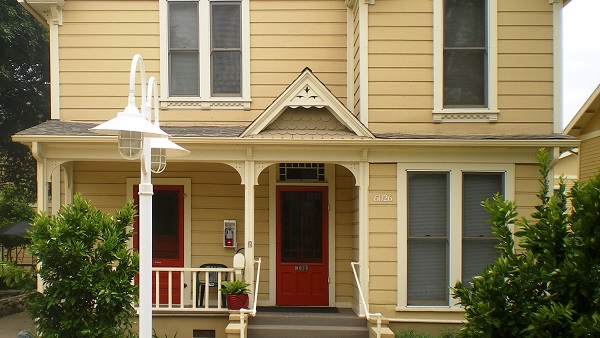 When you think about the economy you probably only include your household as an afterthought.

It may strike you as odd that people once thought that the economy centered on households. The very word tells that tale. It’s derived from two Greek words, oikos and nomos–house law, or law of the house. We’ve anglicized them to get the English word, economy.

Households lost their pride of place in the order of things with the rise of factories and the corporations that owned them. Used to be that households were the center of productive enterprise. They held farms, small businesses, and the leading houses actually governed territories. That’s what royal houses were for.

But when the center of productive enterprise moved out of the house, households were down-graded and repurposed. They became “havens in a heartless world”, places to escape from work, to relax, and be with the people you love. For a time they retained their social welfare functions, but these days even those are largely farmed out to daycare centers for children and the elderly. Now no one is at home during working hours.

I’m old enough to remember something called, “Home Economics”. But it was on its last legs then. Girls, and it was all girls, were taught how to cook and sew by matronly women with hair buns. These girls were made to feel ashamed of themselves for their domesticity though and the curriculum was soundly mocked. All the bright and ambitious girls wanted to compete with the boys in the real economy, not complement them at home.

What we’ve seen replace the productive household economy is something I call the recreational household. It is entirely centered on personal fulfillment and is governed only by taste. It is because of this shift that it is nearly impossible to defend traditional marriage. Because households are centers of consumption, de gustibus non disputandum est — in matters of taste there can be no disputes. Even having children is a lifestyle choice these days.

But the institutions that we have made to replace the household economy are failing. The reasons they seemed viable for so long is the cultural momentum of the old household economy. We wrongly assumed it would always carry us forward. But home-truths no longer persuade. Now the magical-thinking and unsustainable practices of big business and the welfare state pass for common sense. Why have kids? Debt? Schmet. And these don’t even account for the contempt by the global elite for borders. Think you can have a welfare state without sound borders? Good luck with that.

We can see two possible futures for the welfare state. Either we will all end up like Greece, or like Japan. The bane of both is debt. The difference is Japan thinks robots will save them.

Reality is not up for a vote. The Bible takes the household for granted in the same way it takes trees for granted. It even shows us that the cosmos itself is a household, governed by a heavenly father and his heir, the Son of God. Our economies should reflect that economy. If they don’t, they will fail.

How I’m Shorting the Welfare State

I’m not talking about gold, or running off to Montana and living in a bunker. I’m not a prepper, at least not in the way most people think about prepping.

I’m investing in small, local institutions. And at the center of my strategy is the household.

Households have been losing value since the Industrial Revolution. They’ve been overwhelmed by the scale and efficiency of industrial output. But what households lack when it comes to specialization and efficiency, they make up for in flexibility. The modern economy is like a garage full of tools, each of which can only do one thing. A household when it is put to work is more like a Swiss Army knife; it’s a multipurpose institution.

But this doesn’t mean moving back to the farm. I like family farms and we need more of them. But we can’t all go back, and we shouldn’t. There is a decentralization process in the modern economy that I think makes a modified form of household economy possible. I see the seed of it everywhere. I am actually very bullish on the future. If the new technologies come home, and we see a re-centering of productive property in households, the future is household friendly. I even see traditional gender-roles coming back. The new economy will alter them somewhat, but they will look more like their traditional counterparts than the gender-bender stuff we see today.

If you’d like to know more about my latest book before shelling out your hard-earned money for it, Wipf and Stock, the publisher of my book, Man of the House, has given me permission to share a little sample of the book with you. The hope, of course, is you will like it enough to purchase a copy. Enjoy!