Beyond Near-Term Worries: What’s the Next Big Thing? And What Can Investors Do About It?

Selections From the Christian Economic Forum | On October 3, 2017 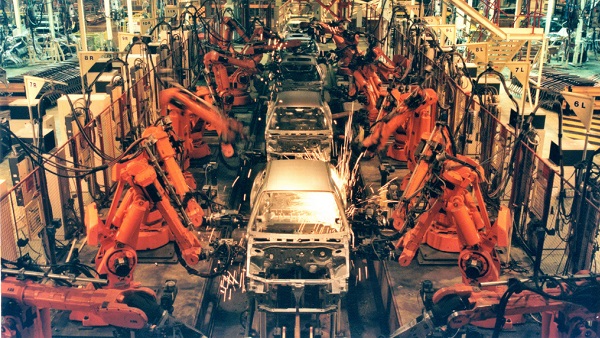 While it may sound like a cliché, there is some truth to the idea that we are living in tumultuous times. The current equity bull market was born on March 6, 2009, when the S&P 500 Index bottomed at 666. U.S. equity markets have more than tripled in value since then. But when you talk to most investors, they remain skittish. To some extent, this is understandable since financial headlines are dominated by late-breaking news and are asking what the latest economic data or presidential tweet will mean for the markets.

As investment professionals, however, it’s our job to focus on the long term. Being a portfolio manager, I pay attention to short-term trends and events such as corporate earnings reports or climbing volatility measures. I also spend time, however, thinking about the long-term: What trends that exist today will be gone tomorrow? Which ones won’t be gone tomorrow? What will be the next big driver of economic growth? Perhaps most important is this question: What can investors actually do about all of this?

What Are We Worrying About Today That Could Shape Tomorrow?

I try not to get too hung up on the daily news when I manage money, but some important trends are likely to remain with us. The key trend now is political uncertainty. Politics have dominated market sentiment since before the U.S. elections, and I don’t see this changing any time soon. In some ways this is an aberration since I firmly believe fundamentals are far more important to stocks than political considerations. Over the long term, stock prices move based on corporate earnings and I think earnings are looking pretty good right now.

That said, though, political issues can affect markets around the edges and in the short term. Looking over the next year to two years, I think the major political issue that will affect equity markets will be tax reform. The chances of passing tax reform seem high (especially corporate tax reform that includes dealing with repatriation). The reality, however, is that markets have already priced in changes to the tax structure, and investors are anticipating an increase in tax revenues from repatriation that could fuel economic growth. This means the risks are probably to the downside: If any such plan is smaller in scope than investors anticipate, it could be a negative for stocks.

More broadly, the uncertainty surrounding the global political backdrop is likely to keep rising. President Trump has shifted positions on military action in Syria, has softened his views toward trade, and has even indicated he may re-nominate Janet Yellen as Fed Chair. This sort of unpredictability isn’t necessarily a bad trait for a politician, but it does increase the degree of unknowns for financial markets. And outside the U.S., at the time of this writing investors are closely watching the elections in France, are reacting to President Erdogan’s consolidation of power in Turkey, and are awaiting news about the U.K.’s Brexit plans. No doubt that by the time this paper is read there will have been even more geopolitical concerns on the upswing.

Outside of politics, I’m also expecting rising interest rates to continue putting downward pressure on bond returns. I am also wondering what slowly rising wage rates might mean for corporate earnings over the coming years. These issues are likely to be with us for some time.

What New Long-Term Trends May Emerge?

To me, this is the more interesting question. One way to answer it is to look at some of the broad global themes that drove economic growth over the past several decades and guess what might happen in the coming years. In the 1980s, rising U.S. consumer demand and the start of a long-term decline in global interest rates fueled growth. In the 1990s, the collapse of communism opened up new markets and the Internet and technology boom created entirely new industries. Since the turn of the century, the growth of the middle class in emerging markets combined with the commodity super-cycle has been a primary driver for the world economy. But these trends may be on the wane.

So what might tomorrow’s “big thing” be that could create new industries and markets or fuel productivity? Here are my best guesses:

As we wait for a world where robotic surgeons implant new 3D printed hearts into all of us, what will the next several years look like from an economic and investment perspective? I think there are reasons for optimism and I see some bright spots, but I also see some growing risks. Here are five themes that investors should anticipate:

It is this last theme that I think requires more detail, since the sad reality is that the investing world is likely to grow more complicated. While global growth should continue to accelerate for the time being, conditions for continued growth may become trickier and the economic environment will likely grow more uncertain. Inflation appears to be climbing slowly and interest rates have probably bottomed. A stronger dollar also presents a risk. Outside of the U.S., structural and demographic struggles in Europe and Japan are likely to act as a drag on growth. Together, these factors may conspire to tighten financial conditions. I don’t expect these trends to emerge quickly, but believe the Goldilocks environment that has driving growth will likely begin fading by the end of 2017.

As a result, I think investors should expect mediocre returns over the next 5-10 years in a balanced portfolio of equities, bonds, alternatives, and cash, especially compared to the returns they enjoyed since this bull market began. The primary drag on performance will likely stem from low returns on fixed-income securities, although other asset classes are likely to produce sub-historic returns. These low returns will likely be the consequence of mediocre long-term global economic and earnings growth and generally full valuations reflecting a 35-year disinflationary, falling interest rate world that is coming to an end. 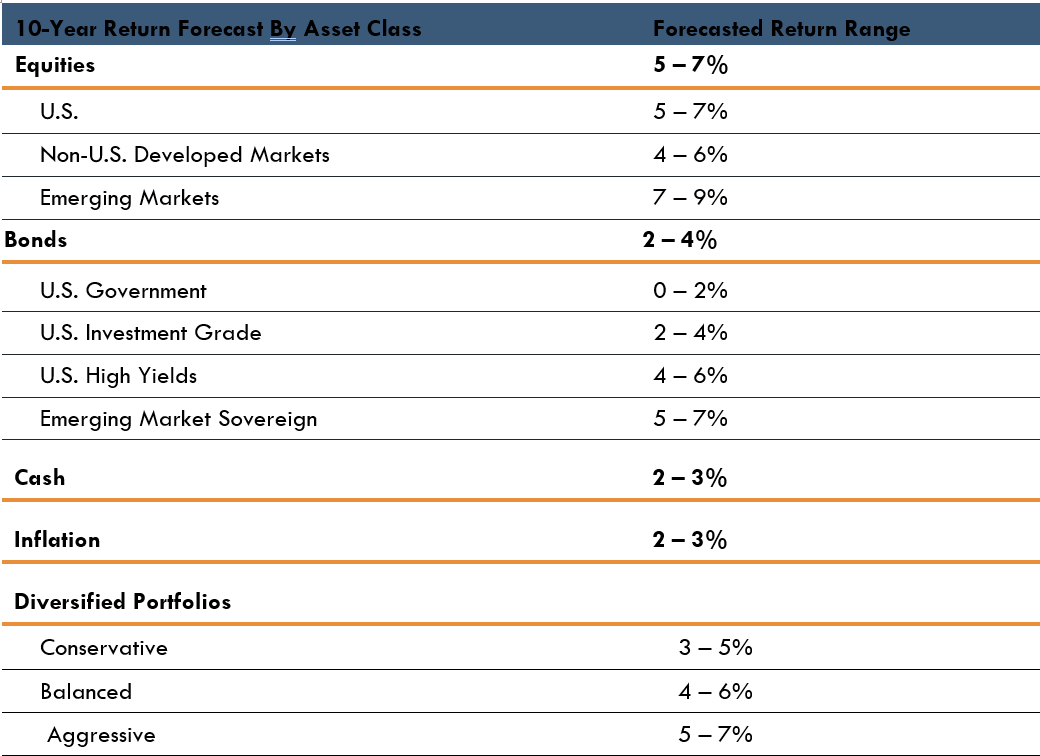 So What’s an Investor to Do?

More to the point, I think the easy gains for equities are in the rearview mirror and I am growing less positive toward the stock market. I do not believe the current bull market has ended, but the pace and magnitude of the gains we have seen over the past several years are unlikely to persist. To be clear, this does not mean I have turned negative toward equities, but I do think markets may be vulnerable to negative economic, earnings, or political surprises.

From a positioning perspective, I think it still makes sense to remain overweight equities and underweight government bonds. If evidence mounts to reveal a slowing economy or faltering earnings, I would revisit this stance, but I do not expect this to happen for at least the remainder of this year.

Managing around these realities will be a big challenge for most investors, requiring a focus on successful alpha generation and careful investment selectivity. If there’s one theme likely to dominate the coming decade, I think it is this: It’s what you own, not whether you’re in the markets, that will drive returns.

Selections From the Christian Economic Forum

The Christian Economic Forum is a select community of marketplace leaders dedicated to improving the world through the advancement of ideas that work, but with a focus on God’s economic principles.

CEF was founded in 2011 with a vision to offer the excellence, scholarship, community and impact of the World Economic Forum but with the foundational purpose to elevate God’s economic principles. We believe that God’s principles offer the only real answer to the world’s economic issues.