The Economy of Love 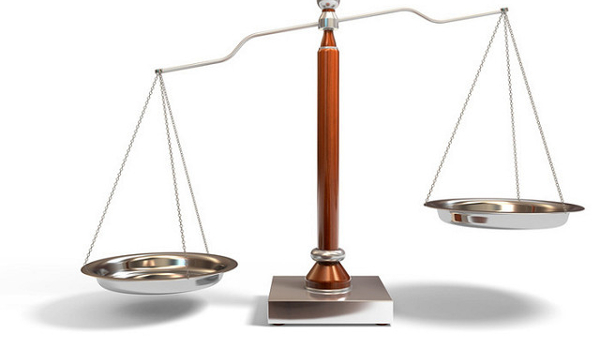 The words love and economy rarely find their ways into the same sentence. Economics has been called the dismal science but people write songs about love. You don’t write songs about economics unless you’re writing a parody.

You probably consider the money economy, with its markets, its currencies, its inventories and all the rest, to be a very complicated thing. But what you miss when you only look at the end result is that the money economy begins as an attempt to simplify things.

If you have an old-fashioned grandma you know that a gift may be a simple little thing, but it fits into a much larger something. Grandma expects gratitude, that and she wants you to remember the gift; even more, she wants you to remember her. She doesn’t put all these expectations into words, you just know them in your bones. And there is no paying her back and going on your way. If you doubt me, just try it. Wal-mart, on the other hand, just wants your money and it is working tirelessly and ceaselessly to separate it from you. Sure it wants loyalty, but only because it wants more of your money. Grandma is not after your money, grandma is after you.

Dealing with grandma is complicated. She wants to narrow the space between you and her and to a degree even blur the line that sets where she ends and you begin. This is somewhat flattering but it is also a little frightening; flattering because you only want the things you love; frightening because grandma can absorb you like a Venus flytrap. We don’t like to think that love could be so diabolical. Fortunately it comes with a safe-guard. For love to be love there must be something there to love. That means that distance is part of the formula. If grandma is healthy–and there are plenty of sick grandmas out there–she knows this. And even though grandma’s idea of what constitutes a good distance may be a little smaller than you would like, she doesn’t want to absorb you like some people I have known.

This is one of the paradoxes that make love so beautiful. It is a bond between persons. No bond, no love; no persons, no love. Yet these things seem to pull in opposite directions; bonds tend to erase distinctions and distinctions tend to break bonds. If one wins over the other love is lost. You end up with a noun. And that means love has died because love moves; it is always a verb.

That may appear to be one of those academic problems that sensible people just shouldn’t be bothered with–something like, “How many angels can dance on the head of a pin?” Well, there is much more riding on the pin question than you may realize–but when it comes to the one and many problem the consequences for economics are pretty direct. For example: if the world is just one thing then isn’t private property very close to stealing? Or how about this, if the world is just a jumble of things, what do we base our laws upon? The political history of world could be described as a series of failed attempts to solve the riddle.

The Christian religion has a surprising solution to the riddle. The answer we are told is inside of God. Christianity is absolutely unique for a monotheistic faith in its claim that God is three in one. According to this doctrine God is three persons with one essence. The persons are: the Father, the Son, and the Spirit. The essence is God.

Radical monotheists–Muslims, Jehovah’s Witnesses, Unitarians–they all reject this. For these folks God is a noun, the absolute noun. Christians believe that God is a noun too, but they also believe he a verb. Without a plurality of persons God could not be both self-sufficient and active; he couldn’t be a verb. In Christianity the persons of the Trinity give themselves to each other eternally. This why the Apostle John says, “God is love.”

Now the triune God is not Aristotle’s Prime Mover. (Aristotle’s God was only interested in himself.) The Trinity is a circle but it is not a clique; there is a way in. According to the Bible and the creeds, the Father gives the Son to the world and he gives the world to the Son. The Son for his part gives the world back to the Father. The Spirit keeps busy moving this all along, taking what belongs to the Son and giving it to us and taking what we give to the Son and making it acceptable to the Father. This is what theologians call the economy of the Trinity. As you can see, it is all about giving and receiving. Christians call it grace because you cannot buy your way in. In the money economy you always hold yourself back. When it comes to this economy there is no holding back. When you receive the gift of God you become a gift to God. Christians are adamant about that.

The closest thing we have to this in our world is the household. The reason is this: love of the sort we should see in households just cannot be found in the open market–largely because it is so open. A household is established when a man and a woman give themselves to each other. And if they are blessed with children, their household grows and so does the giving. Introduce the money to this and you ruin it. Pause and reflect on what children give to a household for a moment–for years they’re on the receiving end of things: they receive food, shelter, clothing, an education. In the near-term they seem to give nothing back. That’s one reason why the birthrate plummets in a society that only looks to the market to determine the value of things. What children give to a household of course is themselves. And in order to see the value in that you must turn a blind eye to the market. In the long run they give other things back–often in kind when parents grow old. (That’s why, if you’re wise enough to take the long-view, children make sense in every way–even in a market economy.) But that’s not why you have them. You have them to have them. And that only makes sense in a household economy.

The place to find what you really need in life is right at home. If you think the real economy is “out there” in the marketplace you will impoverish yourself, even if you manage to line your pockets with cash. And if you spend your time at home just watching television or surfing the internet, whether you realize it or not, you’re not truly at home, you’re still in the money economy. Why do you suppose people work so hard to get these media into your home? Because your cable company loves you?

There is an upper limit to the number of people you can love in this way. This sort of love requires particular people to love. And when it comes to loving fully, you can only fully love one person. It gets down to time management. This is the problem with polygamy you see. The polygamist doesn’t love too many people–he loves too few. He doesn’t give himself fully to any woman. A man must either give himself to one wife and merely use the others–like Jacob in the Bible–or he gives himself to none of them. And while it is true that a monogamist may withhold himself even from his wife, the problem in that case is with the man; in the case of the polygamist the problem also resides in the arrangement.

So this brings us to the very foundation of the household: the love between a husband and a wife. It is giving of themselves to one another that the whole household economy proceeds. Households can get quite large, and the dependents, while including children, can include many others as well. But there we see that at its inception a house begins with just two.

This article is adapted from my book, Man of the House.

If you’d like to know more about the book before shelling out your hard-earned money for it, Wipf and Stock, the publisher of my book, Man of the House, has given me permission to share a little sample of the book with you. The hope, of course, is you will like it enough to purchase a copy. Enjoy!.