Why Do We Work?

Selections From the Christian Economic Forum | On October 23, 2017 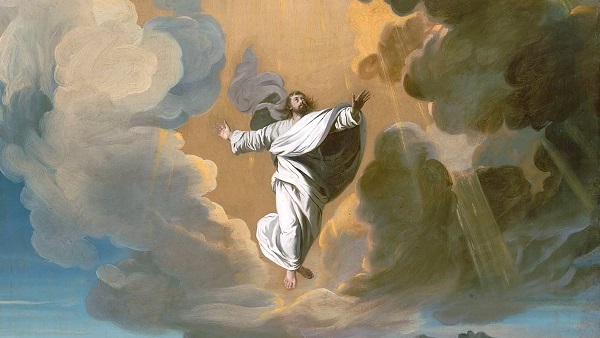 In a New York Times article in September 1970, Milton Friedman emphatically stated that the purpose of business was to maximize shareholder value. This quote was picked up by business leaders and the media and has been so often repeated it has become an established corporate mantra.

As Christians, we must reject this idea because we are called to work for a higher purpose. What this purpose is and how we achieve it is the subject of this short white paper.

To understand the purpose of our work, we need to know why we were created. We must understand what our work should accomplish and how, through this work, we can better steward all God has given us.

The Creator’s original objective in creation was to bring glory to Himself. We see this idea throughout the Bible. In the Book of Revelation we read, “You are worthy, O Lord, to receive glory and honor and power: for you have created all things, and for your pleasure they are and were created.”[i] Just as a great painting reflects the glory of the master artist, God created everything to mirror His glory. God’s glory is especially evident in man, the crown jewel of His creation.

On the sixth day of creation we read, “God saw all that he had made, and it was very good.”[ii] As God looked out upon His finished creation, He saw that all the good things He created worked together in an extraordinary way. The whole is truly greater than the sum of its parts. In accord with God’s design, in the beginning every part of creation was distinct, interconnected, and interdependent. Everything worked exactly as He intended and brought Him great glory.

In the opening chapters of Genesis, we find an important biblical reality: The more things work the way God originally intended, the more He is glorified. As John Schneider writes in his book, The Good of Affluence,

This creation that God majestically called forth into being is good. It is good in its individual parts, and it is good as a whole, as an integrated system. In fact, in this integrative cosmic sense, the text informs us that God declared it to be very good.[iii]

In the Old Testament, this idea is called shalom. Cornelius Plantinga Jr., in his book Not the Way It’s Supposed to Be, writes that shalom is the “webbing together of God, humans, and all creation in justice, fulfillment, and delight.” Shalom means “universal flourishing, wholeness and delight—a rich state of affairs in which natural needs are satisfied and natural gifts fruitfully employed. Shalom, in other words, is the way things ought to be—the full flourishing of human life in all aspects, as God intended it to be.[iv]

Shalom (including its Greek counterpart, eirene, found in the New Testament) appears over 550 times in the Bible. In most of our English Bibles, we translate shalom as peace, but it means much more than an absence of conflict. The concept of shalom in the widest sense of the word is one of the most significant themes in the Old Testament. Biblical scholars tell us that shalom signifies a number of things, including salvation, wholeness, integrity, soundness, community, connectedness (to God, others, and to His creation), righteousness, justice, and well-being (physical, psychological, and spiritual).

Shalom denotes a right relationship with God, with others, and with God’s good creation. It is the way God intended things to be when He created the universe. This was God’s original design for His creation—without scarcity, poverty, or minimalistic conditions. He desires that we enjoy the fruits of His creation and the fruits of our labor because by doing so we bring Him glory. C.S. Lewis speaks to this idea in his Reflections on the Psalms:

The Scotch catechism says that man’s chief end is ‘to glorify God and enjoy him forever.’ But we shall then know that these are the same thing. Fully to enjoy is to glorify. In commanding us to glorify him, God is inviting us to enjoy him.[v]

The story of creation in the first chapter of Genesis also explains why we all long for shalom, “the way things are supposed to be.” It has been woven into the very fabric of creation. Bible scholar Jonathan Pennington writes:

Human flourishing alone is the idea that encompasses all human activity and goals because there is nothing so natural and inescapable as the desire to live, and to live in peace, security, love, health, and happiness. These are not merely cultural values or the desire of a certain people or time period. The desire for human flourishing motivates everything humans do… All human behavior, when analyzed deeply enough, will be found to be motivated by the desire for life and flourishing, individually and corporately.[vi]

Every person has a powerful, relentless drive to experience shalom through right relationships with God, with our families, with our communities, and with the physical creation. This is because shalom was God’s original design in creation.

Yet these relationships were broken at the Fall, and the shalom of creation began to unravel.

Restoration of shalom is God’s design in redemption. Understanding shalom is the key to realizing how God intends to use the work of our hands to participate with Him in the restoration of His creation.

David Dark, in his book Everyday Apocalypse, says it this way:

The movement called Christianity cannot be understood apart from the Jewish concept of shalom. The Christian gospel does not call people to give their mental assent to a certain list of correct propositions, nor does it provide its adherents with a password that will gain them disembodied bliss when they die and the pleasure of confidently awaiting their escape until then. Shalom is a way of being in the world. The Christian gospel invites us to partake in shalom, to embody shalom, and to anticipate its full realization in the coming kingdom of God.[vii]

We will never create full shalom in this current age. Such fulfillment awaits the age to come, when Jesus will establish everlasting shalom in the new heaven and the new earth.

Still, like the exiles in Babylon, we are called to “work for the peace and prosperity [shalom] of the city” (Jer. 29:7). Through our work, we are to be a blessing in our time and place, which brings flourishing through the work of our hands. This is made possible only because we have found our identity in Christ, the Prince of Shalom. Because of Him, we know what real shalom is supposed to be.

Therefore, the work we do here and now is important to God, as it brings about flourishing and serves as a signpost to point others to the future new city, the City of God, where all of His children will live one day in perfect shalom. Until then, our calling is to work for the shalom of this present world, to the glory of God and by the grace of God, reweaving the unraveled fabric of our broken world.

Throughout the history of Western Civilization (with the exception of the last 100 years) almost every good thing accomplished was done by Christians who understood that their calling from God was to use their work to bring about flourishing for their communities.[viii] Christian influence on values, beliefs, and practices in Western culture was abundant and led to the flourishing of society for over 1,000 years. As Christians in a world desperate for shalom, we need to find our way back to this level of influence.

As Tim Keller writes in Generous Justice, “Reweaving shalom means to sacrificially thread, lace, and press your time, goods, power, and resources into the lives and needs of others.”[ix] One of the most significant ways we do this is through our vocational work. Our work is one of the principal means God uses to bring flourishing to His creation.

When we, as Christians, live holistic lives and integrate faith and work using all the tools God has given us—including economics—we are reweaving shalom. This results in the flourishing of both the community and individuals. Old Testament scholar Walter Brueggemann writes, “Shalom is not only an incredible gift; it is a most demanding mission.”[x]

The purpose of our work, and by extension our businesses, is not just to maximize shareholder value. It is to reweave shalom. We are to bring about flourishing to the communities we serve, seeking to glorify God, serve the common good, and further God’s kingdom in this current age.

“Blessed are those who reweave shalom, for they will be called children of God.”[xi]

[viii] There are a number of authors who make this argument, for example: Alvin J. Schmidt, How Christianity Changed the World (Grand Rapids, MI: Zondervan, 2001); Vishal Mangalwadi, The Book that Made Your World: How the Bible Created the Soul of Western Civilization (Nashville, TN: Thomas Nelson, 2011); Rodney Stark, The Victory of Reason: How Christianity Led to Freedom, Capitalism, and Western Success (New York: Random House, 2005); and Os Guinness, Renaissance: The Power of the Gospel However Dark the Times (Downers Grove, IL: IVP Books, 2014).

[xi] Matthew 5:9; “peacemakers” can literally be translated as “those who reweave shalom.”

Hugh Welchel is the founder of the Institute for Faith, Work & Economics, and author of “How Then Should We Work? Rediscovering the Biblical Doctrine of Work.”

Selections From the Christian Economic Forum

The Christian Economic Forum is a select community of marketplace leaders dedicated to improving the world through the advancement of ideas that work, but with a focus on God’s economic principles.

CEF was founded in 2011 with a vision to offer the excellence, scholarship, community and impact of the World Economic Forum but with the foundational purpose to elevate God’s economic principles. We believe that God’s principles offer the only real answer to the world’s economic issues.