18 Reasons Why Jesus, a Poor Carpenter, Became the Greatest Leader of All Time 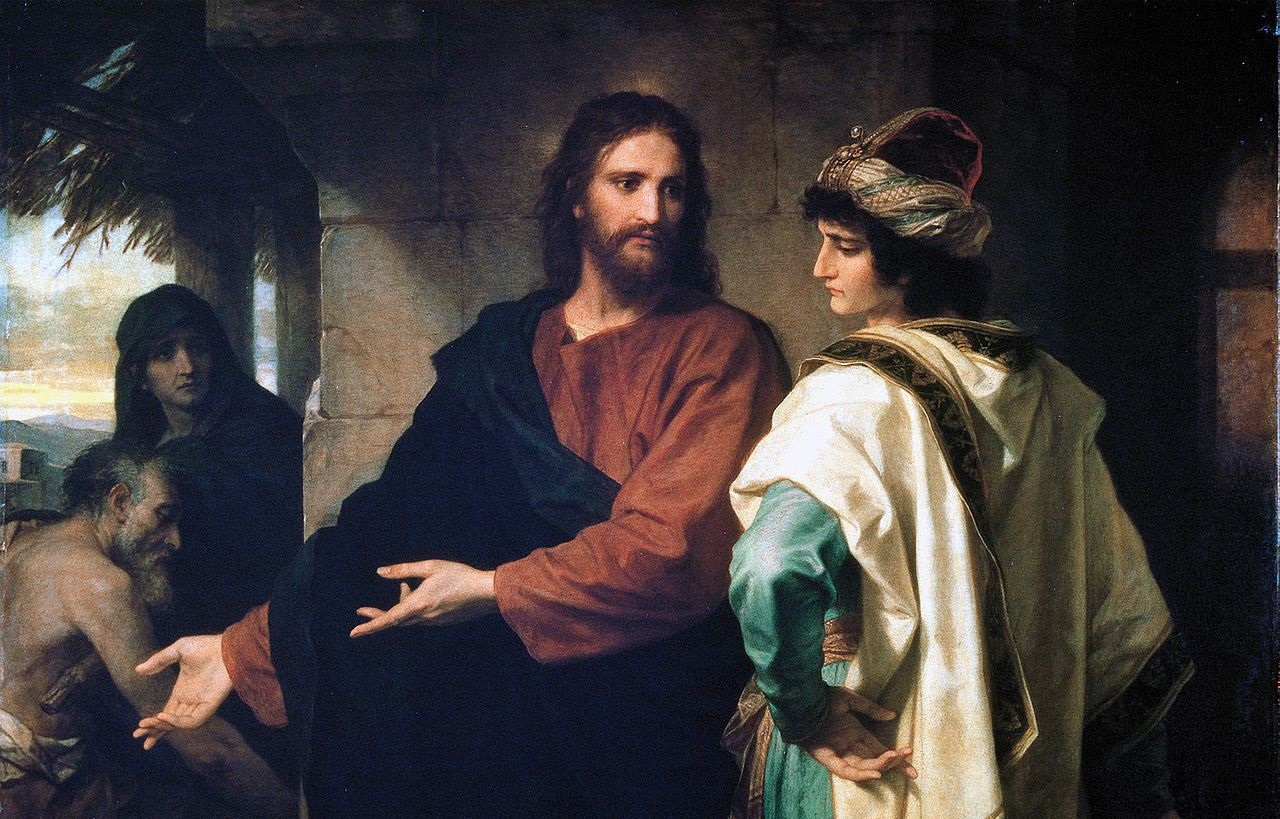 Christ and the Rich Young Ruler by Heinrich Hofmann, 1889

Some called him a sage, some labelled him a prophet, some hailed him as the Messiah, and some appointed him king.  No other leader since the beginning of time has caused so much controversy, changing not only the history of his small nation, but also the history of the entire world.

Jesus of Nazareth, the son of a poor carpenter, rose from humble beginnings—born in a reeking stable, surrounded by animals whose odours must have been so offensive they would give sewers a run for their money.  He was not raised in a palace, nor was he enrolled in an Ivy League school.  How could one of such a lowborn status be studied by renowned leaders, scientists, philosophers, and even generals, many of whom are considered the greatest minds of all time?  How could a man of such lowly status impact the world—not just spiritually, but also philosophically, politically, economically, and scientifically—with just three years of religious teaching?

Listed below are 18 reasons why Jesus, a poor carpenter’s son, ascended from his modest beginnings to become the greatest leader of all time:

1. He amassed the greatest number of followers. 2 billion people identify as being His disciples.  That is nearly a third of the world.

2. A book of His life and works, the Bible, is the world’s best-selling book of all time, with an estimated 3.9 billion copies sold over the past 50 years.

3. Though He died more than 2,000 years ago, millions are willing to die for Him today.

4. He is the most quoted leader of all time, with more books written about Him than any other leader, past or present.

5. People worship Him. No other leader has been able to get as many people to venerate Him, not even Ramesses the Great or Julius Caesar.

6. He never held a sword in his life, but countless throughout history have been willing to kill for Him.

7. People left their families and livelihoods to follow Him, all on account of His unparalleled wisdom and otherworldly healing abilities.

8. He gave up His life, not only for His followers, but also for the world.

10. Even though he had no formal education, He mesmerized the greatest scholars and sages of time.

11. He amplified the gifts and talents of His followers, even promising them that theirs would surpass His own.

12. He was born poor and raised poor, and He lived poor and died poor.  For a man of His accomplishments, you would have expected Him to be wealthy, educated, or born into an elite family.

13. He loved not only His friends, but also His enemies.  He never hated those who tried to hurt Him throughout His life; He prayed for them instead.

14. He was proclaimed King of Kings but was humble enough to wash the feet of His servants.

15. He associated with prostitutes, thieves, murderers, adulterers, and outcasts.  Not only did he do this, but He also turned their lives around.

16. He managed to create a revolution using ordinary people.  None of His disciples were particularly qualified or came from prominent families.  He took the very least of society and mentored them into greatness.

17. His words were prophetic.  He accurately predicted the future.  Everything He foretold came to pass.  No other leader has been able to do the same.

18. He knew things about people that they didn’t want the world to know.  He could look into your eyes and see your past, present, and future—a gift no other leader has possessed.

Matshona Dhliwayo is a Canadian based Philosopher, Entrepreneur, and author of books such as The Art of Winning, The Little Book of Inspiration, 100 Lessons Every Great Man Wants You to Know, Dinner with King Solomon and Lalibela’s Wise Man. He is a regular contributor for The African Leadership Magazine, The CEO Magazine, Health Magazine, The African Union, and other internationally renowned magazines.