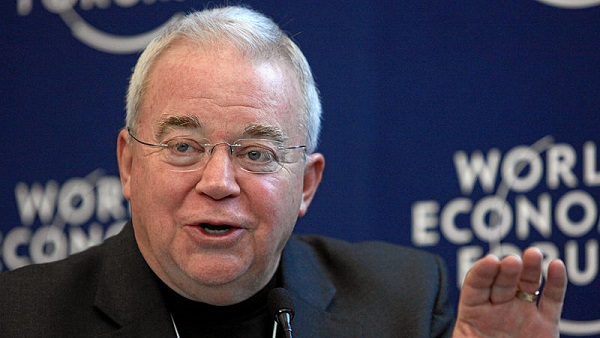 The socialist who claims to be an evangelical, Jim Wallis, posted an article in his Sojourners magazine recently encouraging families to debate politics while trying to digest turkey and dressing, cranberry sauce and pumpkin pie. Here is a portion:

“A sad reality in the past year or more has been our ongoing struggle to engage in difficult conversations — with our longtime friends, with coworkers, or even with family members across the Thanksgiving table. We’ve always had differences around social and political issues — racial justice, immigration, religious identity, health care, guns, etc. — but those divisions are starker than ever. Our traditional and social media have become so fragmented and polarized that we find ourselves practically inhabiting a different reality than those we disagree with; we only really hear or engage with the perspectives of those with whom we already largely agree. This is not a tenable situation for our country — or for our families. If we are to maintain meaningful relationships, we need to actively engage in difficult conversations with people we disagree with and find some common ground for the common good.

“I believe that there are moral issues, values choices, and faith matters that lie just beneath the political headlines. Conversations around those — leading to action — can get us further than our political debates. I also believe there are two great hungers in our world today: the hunger for spirituality and the hunger for justice, and the connection between the two is absolutely vital now.”

Socialists like Wallis want to politicize every aspect of life. Socialists should put on the left pant leg first, and condemn as racist everyone who does the right first. Socialists should brush their teeth from left to right and those who go the opposite direction are guilty of hating the poor and wanting them dead. The left hates all police so the right has to defend them even if they’re guilty. The right supports the military so the left feels compelled to trash it.

They have succeeded in politicizing sports, one of the last refuges on TV for sane people. Now the right won’t watch football because the left bullied a few players into kneeling during the anthem. I have refused to allow the left to politicize my favorite sport and still enjoy NFL games on TV. At first I skipped the beginning ten minutes of the game so as to avoid sportscasters advertising their ignorance. But the networks have helped out by not televising the anthem.

Wallis, like most socialists, thinks politics is life; nothing else matters. That’s because for socialists politics is religion; the state is god. They will destroy anyone who doesn’t genuflect to their god. The murders of 30 million of their own citizens each by Stalin and Mao are proof.

Sane people understand that politics is one of the least important parts of our lives. It deserves the time left over when we have nothing better to do. Americans used to be like that. When I studied journalism in the 1970s the big question was how to get people to pay attention to politics. The editorial pages of newspapers were the least read. Thanks to the left politicizing most of life we have radio and TV stations devoted to nothing but politics.

Politics is hard to change because it’s not about politics; it’s about religion. Cultural anthropologists have determined that culture determines politics and religion determines culture. As a result, people get the governments they deserve. For an introduction to the role of culture in economics/politics check out Harrison and Huntington’s Culture Matters: How Values Shape Human Progress.

Changing politics requires changing the religion of enough voters to achieve a majority and that’s not easy as evangelicals know too well. The most important political act we can perform is to talk about religion, but don’t do it at the Thanksgiving or Christmas table. That’s a time for love and unity. You’ll have other opportunities and keep in mind it’s not all up to you. God plays an important role.

Thanksgiving and Christmas should be about God and family. Nothing is more important. Use the holidays to demonstrate love and build family unity. Politicizing those holidays will destroy families without changing politics at all. But then the left has always wanted to destroy the family and make us isolated atoms attracted only to the state. It’s in their DNA.

People on the right have been easy suckers for the left’s provocations. If someone on the left disrespects the flag we fly more of them higher and demand others do the same. Parents know that sometimes the best way to handle misbehaving toddlers is to ignore them. If a family member tries to fight over politics just change the subject. Do not fight. Gently keep changing the subject until they relent. Family is far more important than politics.