The Left’s War on Science 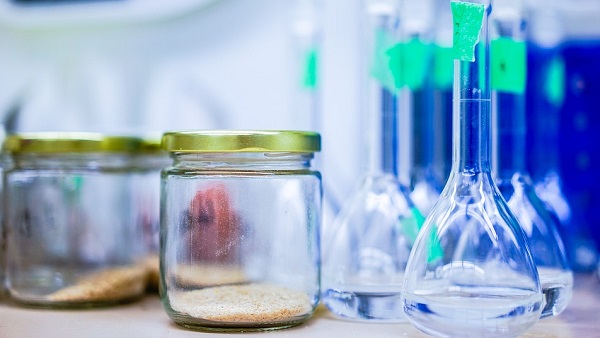 America has generally been an optimistic nation, eager to employ scientific advances to move rapidly ahead. That inherent characteristic is now being challenged.

“…feminist professor at the University of California-Davis has vowed to ‘challenge the authority of Science’ by ‘rewriting knowledge’ through a feminist lens. Ms. Giordano “left the field of neuroscience to become a Women’s Studies professor. She believes ‘We need to disrupt the epistemic authority of Science…[and] the assumption that science = truth.”

She equates science with colonization, racism, and slavery, and is currently being used to “perpetuate racism and colonial practices.”

Her views, were they restricted to just a few, would not be worrisome, but they are part of a larger trend, encompassing a wide swath of those on the extreme left.

Scientific American’s Michael Schermer maintains that there is a left-wing “war on science.” Schermer, who is not a conservative, points to a number of specific examples.

Leftists led an all-out assault against evolutionary psychology via such Orwellian-named far-left groups as Science for the People, he notes:

“On energy issues, for example, progressive liberals tend to be antinuclear because of the waste-disposal problem, anti–fossil fuels because of global warming, antihydroelectric because dams disrupt river ecosystems, and anti–wind power because of avian fatalities…Try having a conversation with a liberal progressive about GMOs—genetically modified organisms—in which the words “Monsanto” and “profit” are not dropped like syllogistic bombs…The fact is that we’ve been genetically modifying organisms for 10,000 years through breeding and selection. It’s the only way to feed billions of people.”

“Who would have guessed that when America cleaved, the left would get the National Football League and the right would get uncontested custody of science?…What may not be obvious from outside academia is that this revolution is an attack on Enlightenment values: reason, inquiry and dissent. Extremists on the left are going after science. Why? Because science seeks truth, and truth isn’t always convenient…what is going on at institutions across the country is—yes—a culture war between science and postmodernism. The extreme left has embraced a facile fiction. In a meeting with administrators at Evergreen last May, protesters called, on camera, for college president George Bridges to target STEM faculty in particular for “antibias” training, on the theory that scientists are particularly prone to racism. ..unhooked from any expectation that they be put to the test of evidence.”

“….the Left has repeatedly skewed science over the past half-century. In 1965, when Daniel Patrick Moynihan published a paper presciently warning of the dangers for black children growing up in single-parent homes, it was greeted with such hostility…that the topic became off-limits among liberals, stymying public discussion and research for decades into one of the most pressing problems facing minority children. Similarly, liberal advocates have worked to suppress reporting on the problems of children raised by gay parents or on any drawbacks of putting young children in day care. In 1991, a leading family psychologist, Louise Silverstein, published an article in the American Psychologist urging her colleagues to ‘refuse to undertake any more research that looks for the negative consequences of other-than-mother-care…”

Despite the dangerous, inhumane and deadly results of placing leftist dogma over science, the practice continues. Tierney provides examples:

But the horrid consequences of the left’s anti-science animus pre-dates Mao. The Eugenics movement, so beloved by progressive heroine Margaret Sanger, led to the the involuntary sterilization or castration of more than 35,000 Americans.

“Even after Hitler, [A National Socialist] used eugenics to justify killing millions, the Left didn’t lose its interest in controlling human breeding…Eugenicist thinking was revived by scientists convinced that the human species had exceeded the ‘carrying capacity’ of its ecosystem. The most prominent was Paul Ehrlich, whose scientific specialty was the study of butterflies. Undeterred by his ignorance of agriculture and economics, he published confident predictions of imminent global famine in The Population Bomb (1968). Agricultural economists dismissed his ideas, but the press reverently quoted Ehrlich and other academics who claimed to have scientifically determined that the Earth was ‘overpopulated.’”

City Journal’s John Tierny, notes that Left-wing physicist John Holdren, who served for eight years as an advisor to President Obama, called for a “planetary regime” to control population and natural resources around the world.

“Environmental science has become so politicized that its myths endure even after they’ve been disproved. Rachel Carson’s Silent Spring set off decades of chemophobia with its scary anecdotes and bad science, like her baseless claim that DDT was causing cancer in humans and her vision of a mass avian die-off (the bird population was actually increasing as she wrote). Yet Silent Spring is taught in high school and college courses as a model of science writing, with no mention of the increased death tolls from malaria in countries that restricted DDT, or of other problems—like the spread of dengue and the Zika virus—exacerbated by needless fears of insecticides. Similarly, the Left’s zeal to find new reasons to regulate has led to pseudoscientific scaremongering about “Frankenfoods,” transfats, BPA in plastic, mobile phones, electronic cigarettes, power lines, fracking, and nuclear energy. The health establishment spent decades advocating a low-salt diet for everyone (and pressuring the food industry to reduce salt) without any proof that it prolonged lives. When researchers finally got around to doing small clinical trials, they found that the low-salt diet did not prolong lives. If anything, it was associated with higher mortality.”

Jenny Splitter, in a Science 2.0 article, also not someone who is biased towards conservative views (she noted that she supported much of Bernie Sanders platform) is concerned about the left’s scientific blindspots. She states that Sanders views on agricultural and climate change policies, and alternative medicine…

“…aren’t really informed by science as much as they are by Sanders’ Vermont hippie vision for America…Sanders’s anti-nuclear stance isn’t particularly surprising when you consider what’s driving Sanders’ policies. The Sanders campaign isn’t about science advocacy; it’s a throwback to 1960s counter-culture. And just like 1960s counterculture, Sanders’ policies include hard-hitting political activism as well as dreamy hippie idealism…The idea that small farms and school vegetable gardens should serve as the backbone for a serious national agricultural policy is a regressive and anti-science way of thinking that pro-science progressives really should confront…..When it comes to the safety of biotechnology and transgenic crops, Sanders rejects scientific consensus completely…progressives and Sanders supporters need to confront regressive anti-science thinking in the progressive movement. Anti-GMO and anti-nuclear policies aren’t forward thinking, evidence-based policy solutions. They’re anti-science, rooted in fear and a derailment from the fight to advance meaningful progressive change in this country.”

Margaret Wente, in a 2014 Globe and Mail article, described a whooping cough epidemic in California.

“Not long ago, this ancient scourge had been banished by modern medicine. But now it’s back, thanks to people who believe modern medicine is dangerous…the progressive’s war on science…actually kills people. As Hank Campbell, co-author of the book Science Left Behind, writes, ‘Denying food, medicine and energy science, like progressives do, is costing lives.’”

“The [progressive] war on fracking is also entirely ideological. Any new technology will have challenges, but the National Academy of Sciences, MIT, and other bodies with no axes to grind say that fracking is safe. Environmentalists should love it, because natural gas emits far less carbon than oil. Instead, they want to ban it. They’ve persuaded Nova Scotia and New Brunswick that it’s evil. Without fracking and without a pipeline to the east, Eastern Canada will keep importing foreign oil. Does that make sense? Only to progressives.”

“How much longer can the liberal left survive in the face of growing scientific evidence that many of its core beliefs are false?”