Questions From Christian Managers: Should I Forgive Employee Work Mistakes? 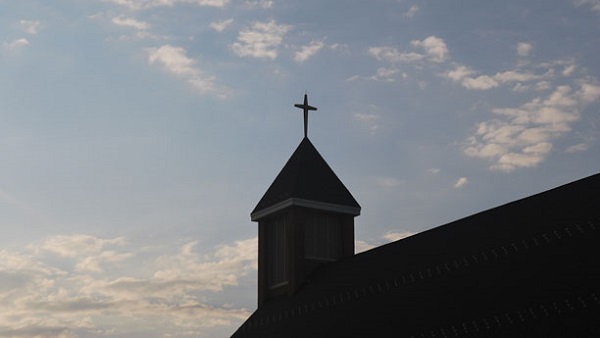 Reader comment:  One issue I struggle with is when my employees (who make garments), by mistake, make a bad product.  I know those are simply mistakes, yet some people tell me that I should discount the piece from their salary, yet I think different and would like your opinion. I believe I myself have made so many mistakes in my life and I have seen God’s mercy. I believe in the parable of the king that called one of his servants to send him to jail for owing him money. The servant asked for forgiveness and the king forgave him. Then the servant went out to find one of his servants and demanded some money that his servant owned him. When the king found out what happened he questioned his servant on why he wasn’t able to forgive when he himself had been forgiven.

My response:  In this case, the debtor to the servant was of a repentant attitude.  His situation was similar to that of the servant himself when he was first forgiven. This case would not apply if you were dealing with a hard-hearted, cold, “I did no wrong” rebellious type.  God does not forgive us until we are on our knees before him acknowledging our sin.  When you and I were in the gutter of depravity, we didn’t think he was being kind to us.  No, we thought he was beating us up (which he was – thank God!).  It’s the same with us in business, if I have a debtor that acknowledges the debt but, is faced with serious troubles, I will accept de minimis payments that only express his sincerity.  But, if I have a debtor that is trying to avoid paying in order to get something for nothing, I have no mercy.  He is wicked and any kindness expressed towards him will only be misconstrued.  There is nothing more enjoyable than being gracious towards someone but, we don’t throw our pearls before swine.

Reader comment:  I would hate for God to demand of me why I wasn’t able to forgive mistakes when I am constantly forgiven.

My response:  There is a big difference between mistakes and rebellion.  If I make a spelling mistake it is not sin, it is only a mistake.  If I purposely try to sabotage your production, that is a crime (sin).  God forgives us our sins-rebellions against Him, if we are repentant.  If we are not, He sends us to hell.  You are talking about deficiencies in technical skills, I presume.  This is not wholly the same type of case.

Reader comment:  Yet at the same time mistakes have consequences, and I want them to experience the consequence, yet a financial consequence seems like a hard punishment when I know they are doing their best.  How do you handle these issues in your business?

My response:  Part of being the owner is eating all the losses and mistakes that your people make.  If I had collected from my employees for all their goof-ups, I would be a quad-zillionaire by now!  Making an employee pay for their mistakes would generally be a tactic that is used only in extreme cases.  If an employee makes a mistake it is usually an innocent one the first time.  If he repeats it the second time you might make sure that he understands, get his commitment to be more careful and, make sure that he is capable of performing the task properly.  If he repeats the same mistake the third time he is either not competent to do the job (fire him or, move him to a different position where he can be productive), he doesn’t care (fire him immediately) or, he is purposely sabotaging you (fire him immediately).  If you are as stupid as I am and oftentimes keep them anyway then, that would be a good time to get their agreement that any future mistakes they make they will have to pay for.  At that point, they should pay you – because they shouldn’t be working for you anyway (at least not doing that particular job).  So, the only way you would keep them on, I presume, would be to eliminate the risk of future losses by getting their agreement to reimburse you.  I have always told my people that I don’t mind their making mistakes, as long as they learn from them and don’t repeat them.  You will never build a world-class company if your garments are not the right size!

Reader comment:  My question for you is how to reach the level of self-management you speak about?

My response:  By becoming a disciple of Christ.  There is no magic wand to wave.  It is only by long, diligent, conscious, line upon line, day by day obedience to the dictates of our Lord that we become truly mature and responsible so that we are self-governing under the law-word of God through the power of the Holy Spirit.

Reader comment:  You mention changing the mental paradigms is the beginning. Do you mean that by speaking to people regarding responsibility, stewardship and self-government their minds would be changed to begin exercising self-management in the work place?

My response:  This is true but, only within the context that they are being sanctified through the self-conscious application of Gods statutes to their daily lives.  In my experience, talking to non-Christians in these terms goes nowhere.  It is only within the context of a sincere dedication to follow Jesus and his laws that such talk can take root and flower. At the same time I believe you have to empower the people to take their own decisions and give them enough space and patience to make mistakes (and then correct them).

Reader comment:  I also wanted to ask you about an issue I don’t totally agree with you regarding self-government.  You say in your article that companies should remove paternalistic services. But I don’t see anything wrong with a Christian business who provides more benefits to their employees than other business do. I don’t see health care as a paternalistic service, but rather as a benefit for their families. I mean in El Salvador there are no laws like in the States that you should not discriminate by religion. Although I am not in favor of discrimination, I have the freedom to hire only Christian people if I want to. Right now I only have 4 Christian employees whom I chose because I need self-disciplined people and being a Christian requires self-discipline and character. Yet providing them with benefits does not seems like a limit to their maturity, on the contrary I believe that “happy” employees work better. But maybe I did not understand what you meant.  What do you think?

My response:  Probably our viewpoints on “paternalism” vary due to the different social environments we are working in.  By that I mean that here in the U.S., most people now believe that it is their right to receive certain services and benefits.  They feel that they don’t have to take care of themselves and their families, that they are owed things from the companies that they work for and, from their civil government.  This attitude, of course, results in a run towards immaturity, reliance on others (where there shouldn’t be) and, passive behavior that is the antithesis of manly Christian self-supporting virtue.  Maybe in your culture people haven’t been encultured by decades of prevalent socialist anti-Christian thought so that by providing some of these services you aren’t pandering to their childish whims to be indentured but, are actually benefiting them for a period of time until they are able to care for themselves?  In any case, I’m sure that you would agree that the goal is not to create individuals that are permanently dependent but, rather self-managed and empowered to care not only for themselves but, for others less fortunate.  Christianity produces givers not, takers