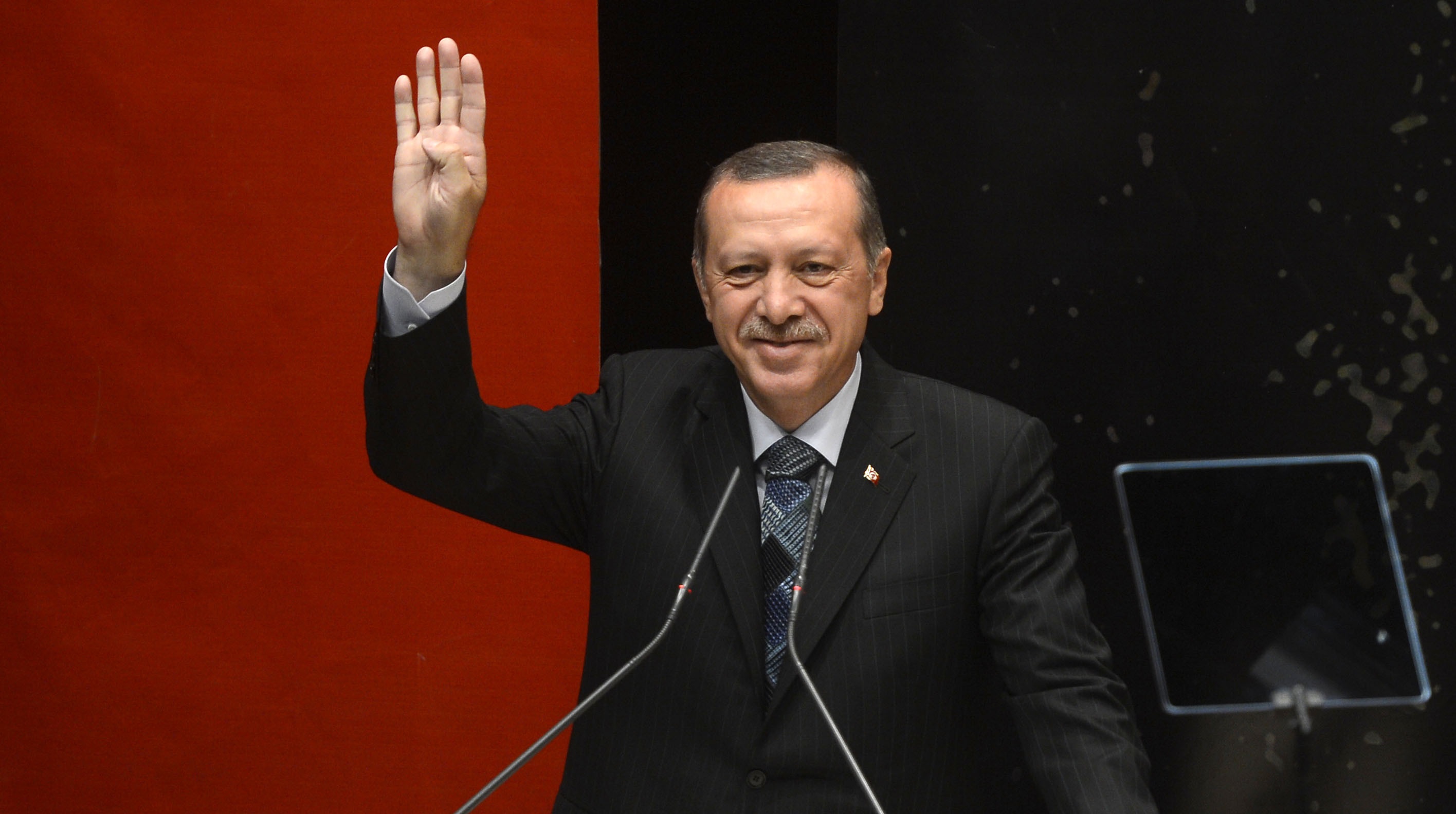 Turkey’s recent decision to purchase a significant air defense system from Russia was an important and revealing development for a NATO member and American ally.

Defense Analyst Can Kasapoglu, speaking at a Carnegie Europe conference held this past September, reported:

“The S-400 deal remains a detrimental factor for NATO’s allied cohesion. What we are talking about is a strategic weapons system procurement. So, by nature, the deal would go well beyond a relatively simpler arms transfer of, say, armored personnel carriers or artillery. Such a deal would inevitably bring about further military cooperation projects. Hundreds of Turkish military personnel will need to be trained by Russian experts, and probably, some will be sent to Russia. Besides, the S-400 deal could pave the ground for further opportunities, especially those related to the planned SAM configuration. And finally, the S-400 is not a “buy and forget” system. Thus, once procured, it would twist the Turkish and Russian defense industries together. More importantly, the project was finalized right before [Moscow’s military]  Zapad-17 drills. The timing was not the best at all.”

“…among the salient examples of… rapprochement is the historical visit of Iranian Chief of the General Staff , Major General Mohammad Bagheri, to Ankara in August, was the first visit since the Iranian revolution of 1979. Moreover the recent meeting of Presidents Rouhani and Erdogan, during the Astana Peace Talks on 9 September, and the multilateral agreement that the two countries reached with Russia on de-escalation areas in Idlib Governorate and the scheduled visit of Erdogan to Iran in October, are all signs of closer ties between Turkey and Iran… Additionally, in the field of economics, Turkey, Iran and Russia have signed a tripartite deal on gas and oil prospecting in Iran, which particularly significant for Turkey as it has no important energy resources in its territory… Turkey and Iran have found themselves on the same side as Qatar and helped it to cope with the repercussions of the embargo that was imposed on it. Turkey considers that its alliance with Qatar is one of its few stable relations these last few years. Ankara’s decision to establish a military base in Qatar and the quick implementation of the resolution is clear evidence of the strong relationship between the two countries. According to the study, the Turkish-Iranian rapprochement coincides also with a parallel rapprochement between Turkey and Russia. These relations were reinforced by President Erdogan’s declaration that Turkey had paid Russia to purchase the S-400 missile system, a deal that have caused the relations between Turkey and the United States to shrink, in addition to the issue that is still not resolved concerning Ankara’s support for Tehran to overcome US sanctions.”

Can the NATO–Turkey relationship survive?

There is little question that the partnership is important to U.S. interests. In 2009, Forbes  contributor Melik Kaylan discussed the practical benefits of Turkey’s participation in NATO:

At the recent Carnegie Europe conference, Julian Lindley-French, former vice president of the Atlantic Treaty Association in Brussels, now a senior fellow at the Institute for Statecraft in London stated:

“Look at a map. Now, look at where Turkey sits on it. Turkey is strategically important; the pivot between the EU, NATO, Russia, and the Middle East, and a fault-line between Europe and Asia.”

In turn, Turkey’s membership in NATO provides it with urgently needed protection in its dangerous neighborhood, in which the expansionist interests of Russia and Iran play a key role.

The usefulness of the alliance is obvious. However, events over the past decade have strained the relationship both with America and Europe to a substantial degree, particularly in the aftermath of President Recep Tayyip Erdogan’s worrisome ongoing amassing of dictatorial powers, and his growing flirtation with a more fundamentalist brand of Islam, which reject the democratic and secular legacy that made Turkey one of the most stable societies in its’ region throughout the past century. Add to that his growing closeness to Vladimir Putin, and the alienation from the West becomes significant.

“President Recep Tayyip Erdogan… has created a diplomatic crisis between Turkey and some of its key North Atlantic Treaty Organization allies. Relations with the Netherlands are all but broken off, Germany is struggling to remain civil under a barrage of Erdogan insults, and Denmark is siding with its north European neighbors. Add to this Turkey’s differences with the U.S. and the perennial tension between Turkey and Greece, and it’s no longer clear how much of a NATO member Erdogan’s country really is. Despite its considerable military strength, Turkey’s participation in alliance activities isn’t extensive, and its interests don’t necessarily align with those of NATO.”

During the Obama Administration, Bershidsky reports,

“Secretary of State John Kerry came close to threatening Turkey with the loss of its NATO membership…In Syria, the world’s biggest war theater today, Turkey acts as an independent player and sometime rival to the U.S…Cyprus is another tension point within NATO. Turkey is refusing to withdraw its troops from occupied Northern Cyprus and thus hindering the latest talks on unifying the island. … All in all, Turkey appears to have more disputes than friendships with its NATO allies. And its engagement with the alliance itself, which it joined in 1952, isn’t particularly strong… Turkey only took part in four of the 18 key NATO exercises held last year…”

Retired US Army military intelligence and former Soviet analyst Paul Davis, in a Rudaw review, wonders whether Turkey belongs in NATO at all, particularly since President Erdogan has moved away from democracy.

“There was a time that it made sense for Turkey to be a part of this alliance, when during the cold war it was the southern anchor and the only NATO country with a common border to the Soviet Union. This was also a time when the Turkish government was run by secularist. This did not mean that Turkey was a democracy in the western tradition but it was somewhat unique in the region and could talk to the west. Today however we see an implosion of both secular and democratic principles in Turkey…There is very little likelihood that NATO will make any move to remove Turkey. With a revanchist Russia on the rise and a confused situation in the Middle East the west is paralyzed into inaction. [But with Turkey’s]…military engaged killing its own citizens it is in no position to help NATO militarily should the need arise. With it actions against the press and its move to have a rubber stamp Parliament it is in no way a democratic country on par with the other member states. It long ago lost the Kemalist principle of its founding and its time it lost its place in NATO.”

The U.S. State Department has noted a significant change in climate for Americans in Turkey, warning that,

“Delays or denial of consular access to U.S. citizens detained or arrested by security forces have become more common, and U.S. Mission Turkey does not have consular access to arrested U.S. citizens who also possess Turkish citizenship. U.S. citizen employees of some non-governmental organizations in Turkey have also recently experienced increased scrutiny and denials of their residence permit applications.”

The Trump administration has sought to repair the strained relationship, but the complications, which also involve Erdogan’s increasing affronts to human rights within his own nation, are significant.

The unfortunate reality is that in terms of the incessant maneuvering and fighting that characterize the Middle East, the U.S. and Turkey have considerable differences in their goals, especially regarding the fate of the Kurdish people, both those within Turkey’s borders and elsewhere in the region. One recent flashpoint: The U.S. refused to sell small weapons to Erdogan’s security detail, which has been involved in assaults on peaceful protestors in Washington.

“Erdogan groused that the US was refusing to sell weapons to a fellow NATO ally, while giving even more lethal arms for free – 3,000 truckloads worth, he said – to ‘terrorists.’ He meant US-backed Kurdish forces in northern Syria fighting the so-called Islamic State.”

In the broader sense, Turkey’s relationship with the U.S. and NATO continues to serve its purpose.  Both sides gain from their mutual need to deter the expansionist tendencies of Iran and Russia.  But the reality is that Erdogan’s authoritarian tendency, and his drift towards Islamic fundamentalism, makes working with his government unpleasant.  His nation’s goals in the region will continue to place him at odds with the western powers.  It remains to be seen whether both side can continue to maneuver the tightrope they are treading.