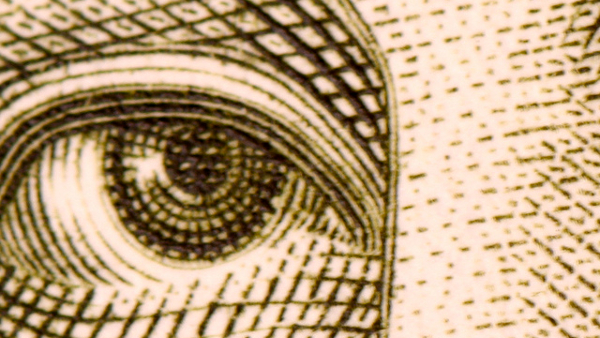 Praised by many, adored by numerous, virtually lionized by almost everyone: men like Nelson Mandela, Martin Luther King Jr., Alexander the Great, and Jesus of Nazareth stand alone.  As leaders, they were able to not only rally, but also manage the myriads of followers behind them, earning unparalleled recognition and acclaim in the face of implacable enemies and insurmountable odds.  Reading about their accomplishments takes only a matter of minutes, but replicating them will certainly not happen overnight. It took them decades of discipline and sacrifice, excelling at mastering the art that only a special few have acquired: the Art of Good Governance.

Whether you are a president, a prince, or a principal of a company, you must learn the laws of Good Governance to govern efficiently and effectively.  They may appear easy, but learning them takes time.  Below are 15 tips and efficient strategies to help you master them:

The Art of Good Governance:

When you manage children, be gentle.

When you command youth, be firm.

When you govern adults, be shrewd.

When you oversee elders, be reverent.

soon they will be youth.

soon they will be adults.

soon they will be elders.

they are your advisors.

Whoever pardons the guilty is God’s adversary.

Whoever imprisons the innocent is God’s enemy.

Whoever imprisons the guilty is God’s servant.

Whoever protects the poor is God’s labourer.

Whoever imprisons the innocent curses himself.

Whoever imprisons the guilty rewards himself.

Elevate your people physically with sustenance.

Elevate your people intellectually with knowledge.

Elevate your people emotionally with encouragement.

Elevate your people spiritually with wisdom.

If a nation is materially rich,

its citizens have good fortune.

If a nation is intellectually rich,

its citizens have great fortune.

If a nation is spiritually rich,

its citizens have exceptional fortune.

If a nation is materially, intellectually, and spiritually rich,

its citizens are infinitely rich.

No shame is greater than foolishness.

No helper is superior to wisdom.

No companion is more useful than intelligence.

No wealth is greater than virtue.

No weapon is sharper than knowledge.

No reward is greater than divine favour.

No army is greater than the host of Heaven.

No law is greater than justice.

No knowledge is greater than truth.

No virtue is greater than love.

Do not lend to the wicked;

they will use your money for evil purposes.

Do not lend to the foolish;

they will waste your money on trivial pursuits.

Do not lend at a high interest;

no one should enslave another.

Do not turn away the poor;

no one should disregard another.

If you steal from poor people,

God will impoverish you.

If you harm disabled people,

God will harm you.

If you help oppressed people,

God will bless you.

Depriving someone of education is oppressing him mentally.

Depriving someone of love is oppressing him emotionally.

Depriving someone of food is oppressing him physically.

Depriving someone of work is oppressing him economically.

Depriving someone of God is oppressing him spiritually.

The strength of a nation is its knowledge.

The power of a nation is its army.

The fortune of a nation is its riches.

The greatness of a nation is its wisdom.

The stability of a nation is its righteousness.

The protector of a nation is its God.

you need their wealth.

you need their God.

you need their intelligence.

you need their integrity.

The better a country treats citizens,

the greater its name among the nations.

The better a country treats foreigners,

the greater its name before God.

and you will rule fairly.

and you will rule kindly.

and you will rule intelligently.

and you will rule transcendentally.

Oppression sweeps the poor away.

Repression reduces the masses to slaves.

Suppression is every nation’s enemy.

Persecutors are every devil’s friend.

One who liberates the oppressed is greater

than one who persecutes the wicked.

One who persecutes the corrupt is better

than one who tolerates them.

One who rules over a small nation righteously is better

than one who rules over a hundred nations ruthlessly.

One who rules efficiently over an island is better

than one who rules incompetently over a continent.

Books are more important than guns,

professors are more important than soldiers,

saints are more important than scholars,

and sages are more important than generals.

Matshona Dhliwayo is a Canadian based Philosopher, Entrepreneur, and author of books such as The Art of Winning, The Little Book of Inspiration, 100 Lessons Every Great Man Wants You to Know, Dinner with King Solomon and Lalibela’s Wise Man. He is a regular contributor for The African Leadership Magazine, The CEO Magazine, Health Magazine, The African Union, and other internationally renowned magazines.