The Bible, Reformation, and Swiss Industrialization 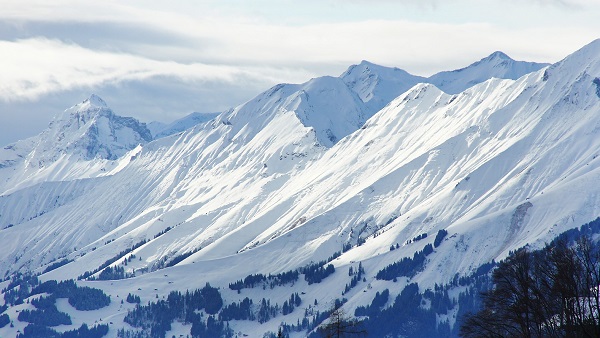 The Alps are amazing. But they would have kept Switzerland as a landlocked island of backwardness in an industrialised Europe. In the early nineteenth century, it took weeks for a healthy trader to take his goods over or around the Alps from south to north Switzerland. Therefore, an average swiss had to earn his living either as a labourer on a farm, or gamble with his life to fight other people’s wars: purely for money — not for justice, righteousness, self-defence or nationalism.

The Roman Catholics allowed their youth to kill and die as mercenaries. The Reformed youth could not do so, for this medieval practice of killing in unjust wars was one of the factors that had forced Zwingli to start the Swiss Reformation. Those who know that the Bible is God’s word, could not go out to murder, just to earn a living.

God had commanded his people to work. If their hands were not needed on family farms, then they ought to go to school and develop their minds… to imagine and invent. This theological outlook had profound cultural implications. Eighty five percent of Switzerland’s industrialisation happened in reformed cities and Cantons.

In early 19th century, everyone knew that Christian Europe’s great invention — the railways — will not benefit Switzerland without a tunnel under the Alps. But Switzerland had neither engineers nor money for a project of that magnitude. Its decentralised political system made it impossible for the national government to finance a railway line going under the great Alps. Private investments was the only option. But average swiss was poor. So, the money had to come from outside. But why would anyone trust inaccessible Swiss banks and financial institutions? Trust and respect of businessmen in rival nations had to earned.

Such were the challenges Alfred Escher, a builder of modern Switzerland faced. As a Christian politician he championed the Swiss MIT/IIT called the ETH — Swiss Federal Institute of Technology in Zurich. The immediate objective was to train engineers who could build the tunnel and industrialise Switzerland.

Some ETH professors who read, The Book That Made Your World: How the Bible Created the Soul of Western Civilisation have invited me to give a lecture tonight on the question “Did Christianity Make The World Better?” Tomorrow evening students and professors will have the opportunity to debate the issue with me. The book has a chapter on how the Bible inspired medieval Roman Catholic monks to lay the foundations of the modern, post-reformation industrial age.

Can “capitalistic greed” explain a nation-builder such as Alfred Escher? Atheists have not option but to conjure up such explanations. Yet, just last week the swiss national TV aired a documentary about the economic impact of the Protestant Revolution. It can be found here:
“God Work Money – How the Protestant Reformation Divided the Economy”

Between minutes 39 to 40. The documentary says: University education, economy and political power — all in the hands of protestants. The protestant build new traffic lines between centers. The most influential figure – Alfred Escher, founder of the Gotthard tunnel, the Credit Swiss and ETH – was a protestant like almost all leaders. Out of 100 industrial leader, 84% were protestants and only 11% had a catholic background.

The Alfred Escher Foundation has published all letters from Escher. The impression is, that he was a devote Protestant. Although he had no need to talk about it. In several letters one can find indications about his belief. For example, he writes to Arnold Otto Aepli, that it hurt him very much that he could not attend the Church service because satan would hurt him. A good movie about him can be found at here.

Atheists can debate the motives of an individual who is not a preacher but a practitioner of his faith. However, they can not deny that Alfred Escher (1819 – 1882) was a product of an education that was biblical.

Prior to 1832 Swis Education was entirely a ministry of the Church, even though wealthy families could hire private tutors for their children.

All rural schools were managed/taught by pastors. They taught religion and singing. Writing was not compulsory. Mathematics was optional, taught outside the school hours.

The cities (mostly Protestants) had three levels of schools:

The state took over the Christian ministry of education in 1832. The Public School Boards had to be elected by all male citizens. However, the Pastor was the Head of the School Board. Citizens electing School Boards had to belong to the local Church parish. School teachers in public schools for responsible for church duties of the cantor and sexton in the local church commune (music in worship and other church events, ringing church bells, preparing for ceremonies such as burial in church cemeteries). The historical fact, secular historians want to over look is that in Escher’s age, “A great part of the school culture remained church culture . . . for decades after 1831.” The official celebrations such as the founding of the Teachers’ Seminary in 1832 and the annual teachers’ assemblies were held in churches and opened with a prayer. The school morning also began with prayer, and curriculum continued to look after “religious education” for the “awakening and development of moral and religious feelings and concepts as a preparation for church lessons” (Gezets über de Organisation . . . 1832).

No sociologist can understand a character such as Alfred Escher, a builder or modern secular, industrial Switzerland, without understanding the Bible and Protestant Reformation.

During November 2017, e-Version of “The Book That Made Your World” is available from any major distributor for $2.99 only.

The Bible created the modern world. The important question is: Can it reform Europe again. Can the Bible cure non-Western Protestant Christianity of corruption that has infected the Protestant church?