How Calvin’s Academy Educated Europe and Rescued the Poor 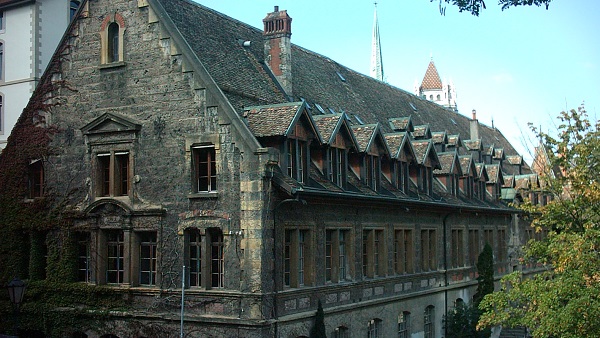 Therefore in 1558, along with Theodore Beza, Calvin founded the Geneva Academy. It became the seed that multiplied into tens of thousands of schools, colleges, and several of the world’s leading universities. Its first building was dedicated on June 5, 1559. About 600 citizens and expatriates attended the inauguration in Geneva’s St. pierre Cathedral. They donated the money for its growth.

This Bible-based Academy began with two wings: The “public school” with seven grades and 280 students, and the “seminary” that expanded to 162 students in just three years. By Calvin’s death in 1564, his college had 1,200 students. They paid no tution-fee but became the pioneers of modern public education. Their reformer-teachers served them for free.

The Geneva Academy trained and inspired these preachers-teachers to go all over Europe — to face persecution, to proclaim the gospel, and to organise reformed churches with schools. At one stage, in France, the average life-span of a Pastor-Master was a few weeks. Then they were martyred.

“Calvin’s Geneva was not a theological ivory tower that lived to itself and for itself, oblivious to its responsibility in the gospel to the needs of others. Human vessels were equipped and refitted in this haven (in Geneva) that they might launch out into the surrounding ocean of the world’s need, bravely facing every storm and peril that awaited them in order to bring the light of Christ’s gospel to those who were in the ignorance and darkness from which they themselves had originally come. They were taught in this school in order that they in turn might teach others the truth that had set them free.”

The Academy equipped and inspired John Knox to take the Reformation to his native Scotland. The reformers made Scotland Europe’s first educated dnation.

The Academy trained English refugees to produce the “Geneva Bible” that shaped Shakespeare and inspired the American revolution.

The Academy prepared the Italians to transform their nation and more importantly it fired the French refugees to disciple France. These Huguenots went on to disciple and educate about 48% of the French population and 40% 0f the French aristocracy prior to their massacre 1572 and subsequent dispersal.

Geneva Academy forged Germany’s Heidelberg Catechism (1563). That excellent summary of biblical Christianity transformed Holland. The Dutch donate for the world’s poor because the Heidelberg Catechism taught that God’s commandment to keep the Sabbath Holy meant financing missions to bring nations into the knowledge of truth!

Geneva Academy reformed nations because it made Christian education the backbone of the reformed churches. Discipling nations was “the entire enterprise of God’s kingdom on earth.” (Joel Beeke in “Calvin for Today”) To baptise a nation means to marinate future citizens in truth.

Discipling nations has now been reduced to “saving” individual souls from helll or sharing the Gospel “story” with unreached people groups. Therefore, missions no longer know why and how Protestant nations were discipled. This ignorance is costly.