Can Conservatives and Socialists Live in This Country Together? 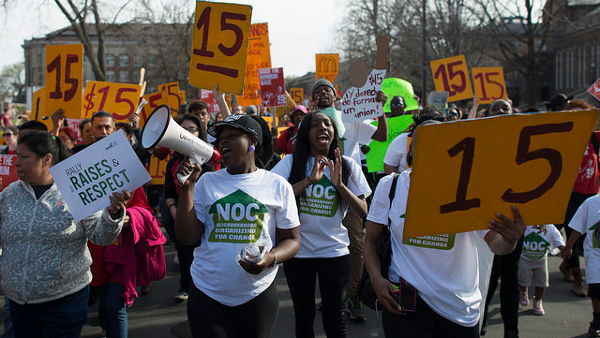 A few writers have wondered since the election of President Trump if the country is so fractured that another great divorce like that of the Civil War is in our future. Pew Research has provided the statistics to fuel the debate. Recently, John Hawkins wrote “Do Conservatives And Liberals Have Enough in Common to Keep A Country Together Anymore?” on Town Hall. As if counseling troubled marriage partners, Hawkins asked what we have in common?

“What about patriotism? Conservatives tend to love their country. Liberals love this country like a wife-beater loves his spouse.”

How did we get to this impasse? We used to have much more harmony in politics, especially from the election of FDR until that of Reagan. But that harmony came with a steep price tag: conservatives compromised with socialists at every opportunity. Hayek complained about that tendency of conservatives in his essay “Why I am not a Conservative.”

Russell Kirk explained in his history of conservative thought, The Conservative Mind, that conservatives have always been suspicious of free markets and eager to find common ground with socialists on economic issues. They gave FDR almost everything he asked for and they continued doing that with all socialist presidents, which included many Republican ones. Conservatives do not tend to be capitalists or favor free markets. The few libertarians who run with conservatives have misled voters.

And it’s simply not true that conservatives want a smaller state; they want a large, powerful state that controls the economy, a gargantuan military, and police on every corner. Conservatives have been bankrupting the country with the war on drugs for 40 years. When they had the votes to reverse the federal power grab from the states that was Obamacare, they refused. They balked only when socialists ventured onto conservative sacred hunting ground – moral issues such as marriage and gender.

If socialists would retreat from social issues back to economic ones they would find harmony with conservatives again. But they won’t because they have gained about all they want from the economic sphere. Bernie Sanders the socialist could only recommend adding family leave and free tuition. And socialists have always wanted to recreate the morality of the country in their own image.

Saint-Simon, the modern father of socialism in the early 19th century, proposed that a Supreme Council of Newton be formed consisting of three scholars each from seven fields, mathematics, physics, chemistry, physiology, literature, painting and music. Hayek wrote in Counter-revolution in Science that the council would,

“…become in their collective capacity the representatives of God on earth, who would deprive the Pope, the cardinals, bishops and the priests of their office because they do not understand the divine science which God has entrusted to them and which some day will again turn earth into paradise…It is necessary that the physiologists chase from their company the philosophers, moralists and metaphysicians just as the astronomers have chased out the astrologers and the chemists have chased out the alchemists.”

Conservatives made the mistake of thinking the economic issues didn’t matter, that they could allow socialists to destroy property rights with high taxes and massive regulation and it wouldn’t impact their dominance of moral issues. What they are now learning is that freedom is indivisible; lose part and you soon lose all of it. Socialists can use their control of taxation, regulation and spending to force conservatives to bow to their moral demands. Mises reinforced this truth in Human Action:

“Freedom is indivisible. As soon as one starts to restrict it, one enters upon a decline on which it is difficult to stop. If one assigns to the government the task of making truth prevail in the advertising of perfumes and tooth paste, one cannot contest it the right to look after truth in the more important matters of religion, philosophy, and social ideology.”

Conservatives need to understand that they cannot succeed in repelling the socialist assault on morality without cutting the limbs off of much of the federal government. That will mean legalizing most drug use in order to get rid of the massive bureaucracy that it feeds, shrinking the military and reducing the alphabet soup array of homeland security agencies. It will mean shredding over three million pages of regulations passed since 1970 and euthanizing the federal agencies that breed regulations like rabbits.

Achieving harmony again will have to take one of two routes: 1) As Hayek used to write, we scale back the power of the state over economic and social issues and reduce it to enforcing general principles upon which we can all agree, such as preventing theft, kidnapping, murder, etc. Or, 2) conservatives must allow atheistic socialists to continue to set the moral agenda of politics.

Neither choice is likely to become reality for a while.